[poll id=”7″]I have written on this topic before but I really think the severity and depth of this issue is not taken seriously enough. Especially by the nice people. You must know who I mean, the people who feel the kindest possible attitude is one of equality of all ideas, open mindedness and ruthless opposition to people who would diminish the stature and value of any group at all. 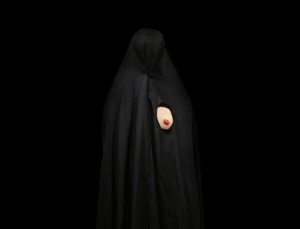 I wish I could afford to be one of those people again and someday I hope to be. For the moment there are more serious issues to deal with. The nice people, nearly all of whom allies itself with the political left and who have managed to convince us all that this is the only place where kindness manifests itself seem blissfully unaware that Islam will as soon as it has enough population and influence destroy every aspect of our culture which this same kinder gentler left holds sacred.

I had the privilege of meeting an ex-pat Iranian film maker some weeks ago who has made a number of documentaries about post revolutionary Iran. Lili Gobi now residing in Canada made the short film ‘The Forbidden Sun Dance’ a documentary about how days after the left unwittingly helped the Islamic regime install itself in Iran after deposing the Shaw, found over one hundred thousand of their numbers murdered and others sent into exile. To be clear, it was a student revolution in Iran which overthrew the Shaw. They imagined they where going for more freedom not less. Few of them had any idea what an ‘Islamic state’ meant. Once the Ayatollah was installed as the power in Iran he began to crack down on all who had helped him achieve power, the ‘useful idiots’ on the left.

This of course is not the exception its the rule. People so often rebel against a mouse in the kitchen by letting in a family of rats. This was the case in Germany and Russia of course.

Now we see in Pakistan renewed attempts to impose a sharia like state with respect to women and the performing arts.

From the link above…

“The ban on dancing is a symptom of a more dangerous trend in Pakistani society. “If the government engages in moral policing,” says Badar Alam, “it gives vigilantes licence to do the same. It fuels intolerance and de-secularisation by violence and intimidation and opens the door to extreme Jihadi Islamic movements.”

Over the past few months, there has been a crescendo of violence in support of fundamentalist morality in Lahore. In the middle-class Garhi Shahu neighbourhood, young men and women used to meet in fruit-juice bars. There was nothing particularly salacious going on but, two months ago, three bombs exploded among them, killing one man and wounding others.”

Vigilante groups make up the majority of moral police in many Islamic states and seem free to act with impunity from the state even when murdering their own citizens. Again, historically speaking this is the rule and not the exception. Islam has no monopoly on this. However it needs to be pointed out in this instance because the left in the western world has allied itself with Islamic forces at many levels and both overtly and covertly and the artists, the left and the nice people, the ones who manage to shift the power away from traditional western structures will be and have always been the first to be killed or exiled.