An original translation from Berliner Zeitung:

On Silvester evening, von Storch had a take on a New Year’s Greetings tweet by the Cologne Police in several languages, Arabic being one of them1.
Twitter blocked Beatrix von Storch for twelve hours.

“What the hell is going on in this country? Why does a public police page in North Rhine Westphalia tweet in Arabic? Do you want to appease the barbaric Muslim, gang-raping hordes this way?”,

“The year begins with the censorship law2 and with our authorities’ submission under the imported, marauding, groping, battering, knife-stabbing migrant mobs that we kindly got to get used to. German police in the meantime communicate in Arabic, even though the official language in our country is German.”

Cologne police filed charges against von Storch: An investigation for the suspicion of incitement (Volksverhetzung) is opened, a police spokesman said to the portal “faz.net”.

Von Storch criticized that Facebook took action, long before the investigation found any results, let alone a judge had found a verdict2: “This is the end of the rule of law.”
(dpa, afp)

1 Police Cologne had tweeted out the text in English, French, Arabic and German.

2 As of January 1, a new law by the Social Democratic Justice Minister Heiko Maas has come into effect, the Netzwerkdurchsetzungsgesetz, by which the non-immediate removal of statements that might (!) fall under “Incitement of the people”, Volksverhetzung, is punishable by 50 million Euros for social media companies, without due process. 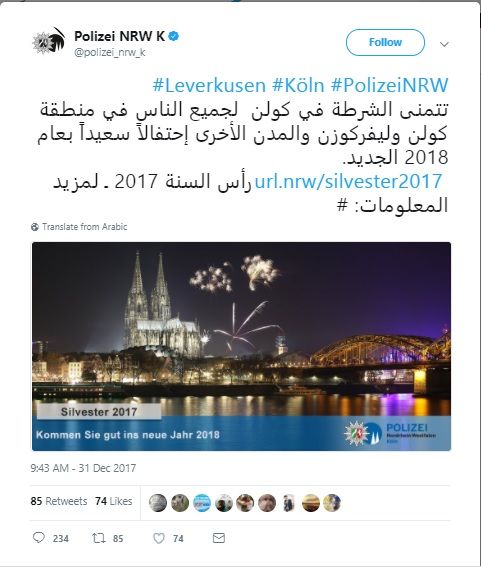 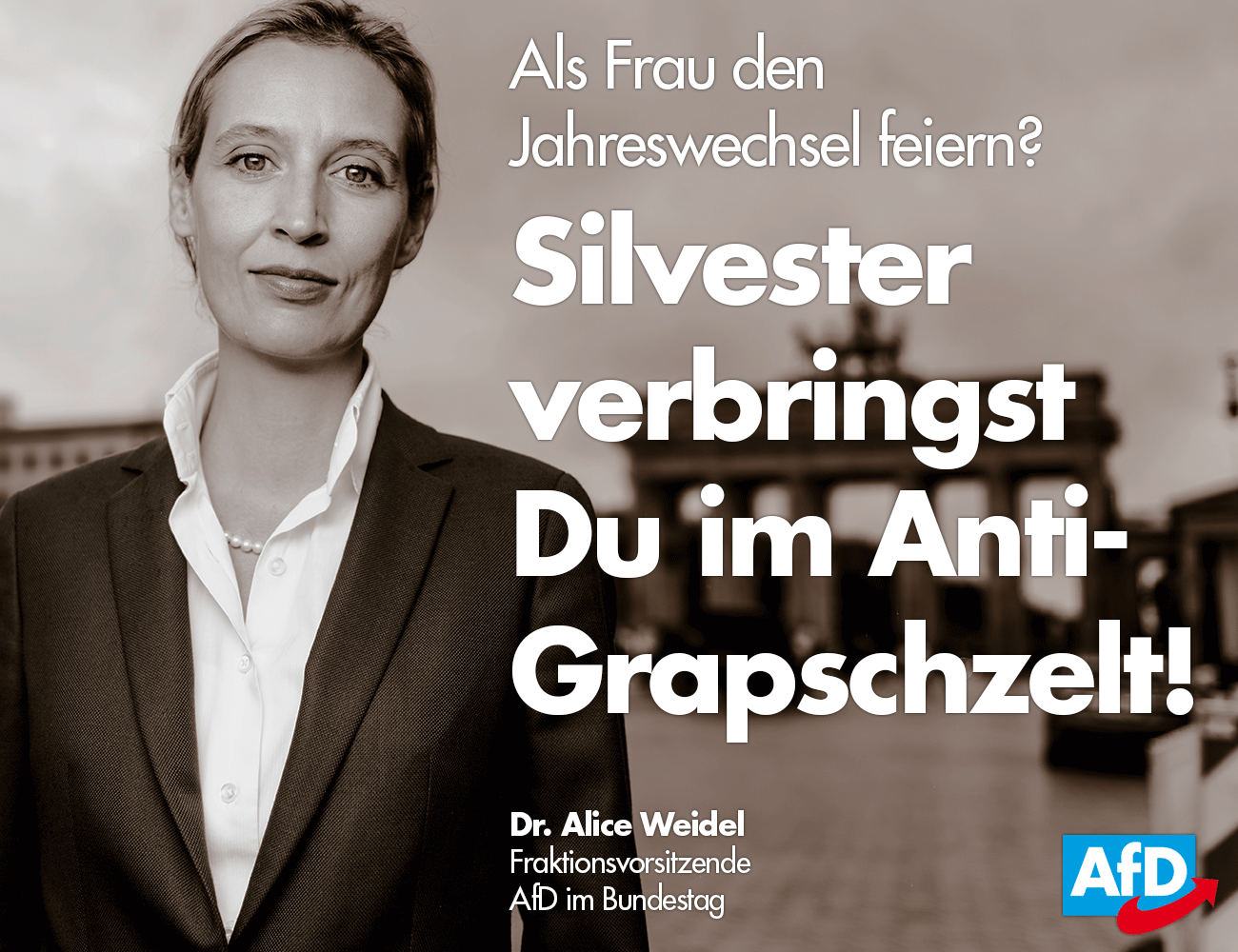 “Celebrate New Year as a woman? Spend Silvester in the anti grope tent!” Alice Weidel, fraction leader of the AfD in the German Bundestag. Source: Alice Weidel on Facebook