An original translation from Stimme Heilbronn.

Heilbronn. Over Christmas night, the Hanukkah Menorah of the Jewish community on Allee was vandalized. Does the deed have a political background?
By Kilian Krauth

Police are calling it “a sensitive matter”, but they are unable yet to determine whether it was a political deed or stupid mischief.

Upon Stimme’s inquiry, a spokesman confirms that the intelligence services will investigate. Monday morning at 9:45, a pedestrian noticed that the about three metres high Hanukkah Menorah in the Alley at Synagogengasse had been vandalized.

The nine-branched candelabrum had been erected by the Jewish Community for the Hanukkah feast, that traditionally coincides with the Christmas season. Several lamps and their glass cartouches were knocked off by unknown perpetrators. The exact time of the deed and the financial extent of damage have not yet been determined.

A speaker of the “Friends of the Synagogue” society says that many believers feel “like dumbfounded”. The society ask for donations as a sign of solidarity with the Jewish community, which is not well off financially.  IBAN DE 73 620500001230031855. 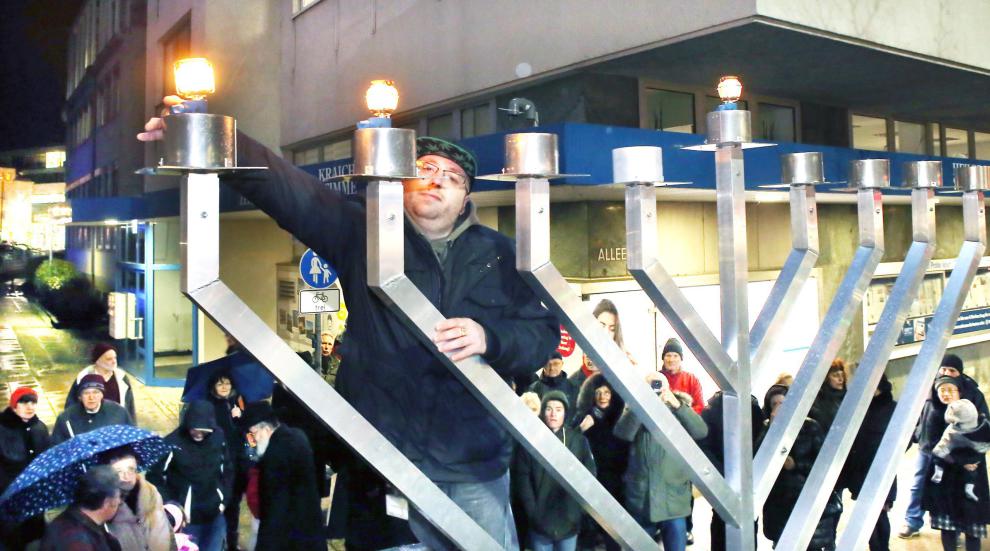