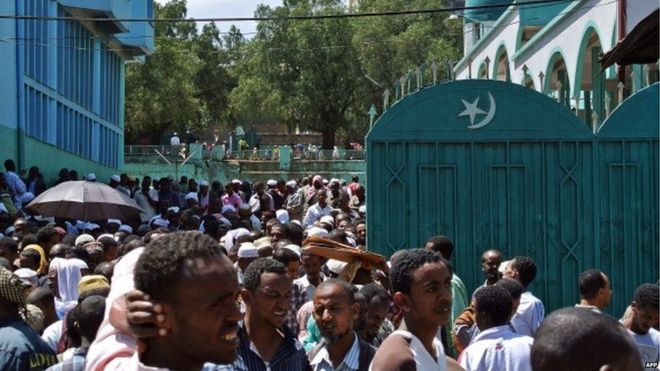 A court in Ethiopia has sentenced 18 Muslims, including clerics and a journalist, to up to 22 years in prison under controversial anti-terrorism legislation.

The 18 were convicted last month on charges including terrorism and conspiracy to create an Islamic state.

They were arrested three years ago over protests against alleged government interference in religious affairs.

3. Is Boko Haram spreading attacks from Nigeria to Cameroon?

Bana Fanaye also known as Mahamat Moustapha, said to be the mastermind of Boko Haram operations in Chad and northern Cameroon, has been arrested by authorities in Chad. Assorted weapons, as well as cell phone SIM cards for various countries, including Nigeria, Cameroon, Chad and Niger were recovered from his residence.

Bana Fanaye is said to be the brain behind most Boko Harma operations including arms purchases in Chad and northern Cameroon. He was arrested on Friday afternoon.

Media reports quoted Chadian officials as saying that Fanaye is in charge of recruiting Boko Haram terrorists, arms purchases and planning of terrorism targets and operations in Chad and northern Cameroon.

5. French Ambassador Denies 9 French Nationals Are Under Detention in Cameroon

Cameroon Journal, Yaounde – Chirstine Robichon, French ambassador to Cameroon has refuted allegations that the main subject of discussions during the recent visit of Francois Hollande to Cameroon was the liberation of some nine French expatriates being detained at the head office of Cameroon’s secret service in Yaounde, commonly known as DGRE.

At least, that is the subject of a rejoinder the French diplomat sent to Repères, a local French language weekly newspaper in Cameroon. Repere had on July 15, published a report with the headline “Les secrets de la visite de François Hollande”, loosely translated as “the secret of Francois Hollande’s visit.” In the report, the newspaper stated that nine French men caught fighting alongside Boko Haram are still detained in Yaounde.

The National Emergency Management Agency and Red Cross officials have dragged Cameroon authorities to the United Nation High Commission on Refuges over the country’s alleged dehumanization and unlawful repatriation of 2,600 Nigerians.

An official of NEMA, Sa’ad Bello, said this while fielding questions from journalists, and added that the manner Internally Displaced Persons from Nigeria were threatened and deported by Cameroonian authority was unacceptable.

“It’s so disturbing that what Cameroon authority did to Nigerians refuges was totally against norms and violation of the International Refuges Rights .

“We only received a call from the men of Nigerian Immigration who were patrolling along Nigeria- Cameroon border.

“They called our attention that there were trucks fully loaded with Nigerians who after investigation are refuges, internally displaced by Boko Haram and repatriated by Cameroon gendarmes,” Mr. Bello said.

Thank you M., Richard and all. This is major. Something is actually happening that needs to happen. It isn’t Miller time yet, but it may be time to put 6 on ice.

“On Saturday youth Players from the football club Fremad Amager was involved in a brawl, and the police were called. … The fight was so violent that the police have registered five instances of violence. Including ‘throat grip’ and punches, as both players and to the people rushing to the fight were involved.

(Well we know that isn’t cricket. Cause when muslims play cricket they hit each other with bats)

2. Finns would rather live near a rehab centre than a mosque, poll claims

(This could make a great Simon and Garfunkel song. ‘I’d rather live near druggies than a tard Yes I would, if I only could I surely would’)

Attitude survey finds that a Muslim prayer room is second only to a drug users’ needle exchange in terms of unpopular neighbourhood services, while support centres for alcoholics or mental health patients would be more warmly received.

(Finns may be quiet in their understanding of islam, but not stupid)

3. Obama is consistent in his actions if not his words.

(At last! One nation in the world does the most obvious thing you have to do when under attack. Close the enemy bases on your soil. Let Cameroon show the way on this one)

Cameroon has shut down all mosques and Islamic centres in response to a wave of suicide attacks in the country’s north.

Cameroonian authorities have ordered all mosques and Islamic centers be shut in northern parts of the west African country, after an increase in suicide attacks.

“They should have better solutions to their problems. Why is that governor chasing the wrong horse?” asked 70-year-old Aladji Haman from the Maroua central mosque was quoted by Los Angeles Times, citing an AP report.

Announcing the decision on Sunday, the northern Cameroon temporarily closed its mosques and Islamic schools.

Mosques and Islamic schools have been ordered by authorities to stop religious activities following suicide bombing attacks in northern Cameroon that have left at least 60 people dead.

Child beggars have also been ordered off the streets due to the latest trend of children being used as suicide bombers, including a 13-yr-old girl who was responsible for the bomb attack on Saturday evening, Associated Press (AP) reports.

(If anyone wants to test the validity of the model of where exactly Barack Obama sits in terms of islam and any competing ideology and doctrine, they may want to research state dept. policy on how fast any aid to Cameroon gets cut off or any other policy that negatively impacts Cameroon since this decision was made. I think that could be very revealing. Anything from cutting funds, to rigging elections to have a muslim rule should be expected)

5. Nigerian and Cameroonian leaders meet to discuss the fight against islamic supremacists. 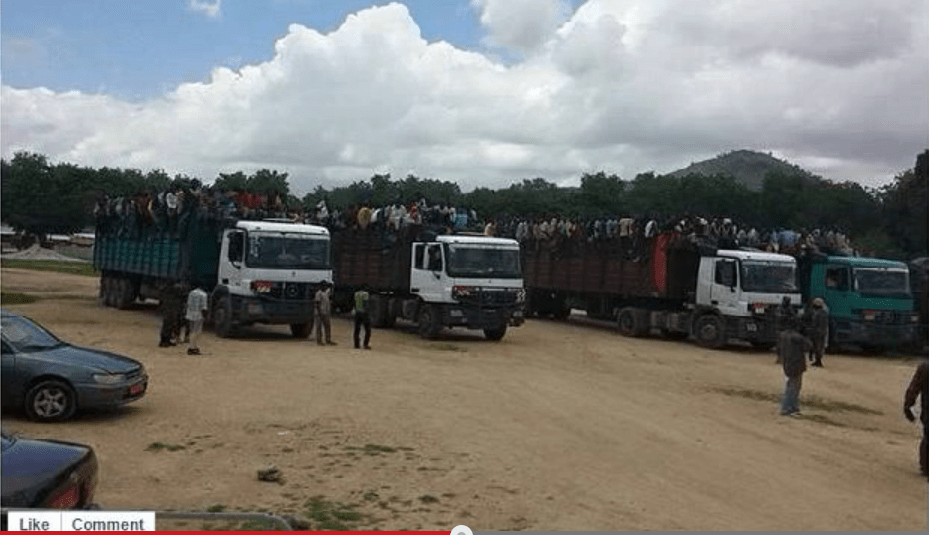 Cameroon has expelled more than 2,000 Nigerians who were living in the country illegally as part of new security measures intended to prevent suicide attacks by Boko Haram jihadists, sources said on Friday.

Regional newspaper L’Oeil du Sahel reported that about 2,500 Nigerians had been “rounded up” in Kousseri, in the far-north of Cameroon, and sent back to their country on Thursday.

Thank you M., Richard, WTD., Maria J., and all who sent in materials today.

Seriously though, tracking changes in US foreign policy that follow close on these new measures by Cameroon to defend itself from islamic manifest destiny would be a powerful indicator of where Barack Obama’s true beliefs and foreign policy ambitions lie. Lets try and track those.