Today is a good day to stay home and read about the Battle and Victory of Badr in chapter 8 of the Koran, verses 11-18…

The 17th of Ramadan is in one more day…..the most violent day of Ramadan, a day that jihadists would not think twice to replicate any year soon…

There are 2 days left until the 17th of Ramadan, the most significant battle and victory in Islamic history, the Battle of Badr, on June 23rd of this year, a momentous victory that jihadists wouldn’t think twice to relive.

The 17th of Ramadan, the most violent day of Ramadan when the great battle and victory of Badr took place, is coming up on Thursday, June 23rd. 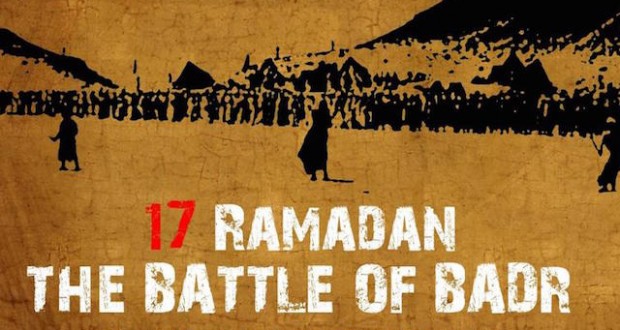 A Rochester man accused of being an ISIS sympathizer planned to kill patrons at a Rochester restaurant/bar on New Year’s Eve, federal authorities allege.

The FBI has arrested a man it says was planning to launch an ISIS-inspired attack on New Year’s Eve in upstate New York.

Federal authorities accuse Emanuel Lutchman, 25, of plotting to attack revelers inside a restaurant-bar in Rochester. He has been charged with attempting to provide material support to ISIS.

The fireworks show in the city has been canceled in the wake of the terror plot, but festivities will continue to take place at the convention center, the city said in a tweet.

Additional police officers will be deployed.

According to documents, Lutchman has a criminal history dating back to 2006. He describes himself as a Muslim convert.

Since November, Lutchman was allegedly communicating with three paid FBI informants, detailing what the FBI describes as his “strong support” for ISIS and “his hatred for everything in America.”

Feds Arrest ‘Emir’ of an ISIS-Related Recruitment Effort in Minnesota
Few Arrests of Americans Who Fought In Syria or Iraq, as Feds Focus on Small Group Back Inside U.S.

Over Christmas, he was in contact with someone he described as an ISIS operative in Syria and asked the operative what he should do for ISIS if he can’t make it to Syria, according to documents. The operative ultimately suggested Lutchman plan an operation for New Year’s and kill “1000000s of coffer” — referring to non-believers, according to the FBI.

On Monday, Lutchman allegedly met with one of the FBI informants and told the informant he was “getting amped up to accept the fact that’s what I gotta do.”

“We just gotta show our allegiance [to ISIS]. I’m ready to lose my family,” he allegedly said. Later in the day, Lutchman and the informant discussed placing a bomb in a club-bar and then drove past one, picking it out as the target, according to the FBI. The two also allegedly discussed a plan to kidnap and then kill victims.

“I will take a life, I don’t have a problem with that,” Lutchman said, according to the FBI.

On Tuesday, the pair allegedly went to a Walmart in Rochester to purchase supplies, including ski masks, zip-ties, a machete and duct tape. The next day, Lutchman was arrested — and the FBI seized a video he made on his cellphone taking responsibility for the attack and pledging his allegiance to ISIS.

Munich police say on social media that according to ‘serious information, there will be an attack tonight’ 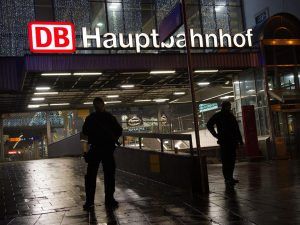 German police on duty at the main railway station in central Munich. Police evacuated Munich’s main train station and a second station in the city’s Pasing district in response to a credible terrorist threat to the Bavarian capital EPA

Police in Munich have warned of a “serious, imminent threat” of terror attack, as the city moves towards its New Year’s celebrations.

Munich police say on social media that according to “serious information, there will be an attack tonight”.

The police tweeted to say the city’s main station and Pasing station had been evacuated, and trains would no longer be stopping there.

They added, in German: “Despite the serious situation we will not let ourselves be taken. A Happy New Year to all! And be careful!”