1. For the ‘Health facilities are overwhelmed and we have to shut everything down!’ files

I love getting images of reality from people. In Locked Down Hamilton there are 2 covid assessment/testing centres, where cases are apparently surging. Here the lineup today, 1 person. #onpoli #wearelivingalie pic.twitter.com/MuG5pCZ0T0

A recent report from a Georgia state senator studying the Nov. 3 election found evidence of illegal activity carried out by workers at State Farm Arena in Atlanta.

“The events at the State Farm Arena are particularly disturbing because they demonstrated intent on the part of election workers to exclude the public from viewing the counting of ballots, an intentional disregard for the law. The number of votes that could have been counted in that length of time was sufficient to change the results of the presidential election and the senatorial contests,” the report from the state Senate’s Election Law Study Subcommittee chairman reads.

“Furthermore, there appears to be coordinated illegal activities by election workers themselves who purposely placed fraudulent ballots into the final election totals.”

Just 12 months ago the city of Wuhan in China was starting to show the first signs of mass coronavirus infections, before launching it onto an unsuspecting world and creating global havoc.

The city soon underwent a draconian 76-day lockdown as its hospitals struggled to deal with a tidal wave of cases that required the rapid construction of field hospitals to handle the overflow.

Today everything is different.

As Reuters reports, revelers are once more thronging the nightclubs, bars and restaurants of the central Chinese city of 11 million residents, discarding the shackles of lockdown and partying hard ready for the dawn of 2021.

People in France who refuse to take the COVID-19 vaccine will be banned from using public transport and engaging in other activities under a newly introduced law.

The law, which is set to be submitted to parliament, mandates that citizens have proof of a negative COVID test or “preventative treatment, including the administration of a vaccine” in order to “access transport or to some locations, as well as certain activities.”

The law has sparked “angry protests from opposition politicians,” according to AFP.

France’s vaccination program, which is set to get underway on Sunday, will not be mandatory, but a whopping 55% of citizens say they will not get the shot.

“In a backhanded way, this bill does not aim to make vaccinations mandatory, but will prevent anybody who doesn’t comply from having a social life,” she said. 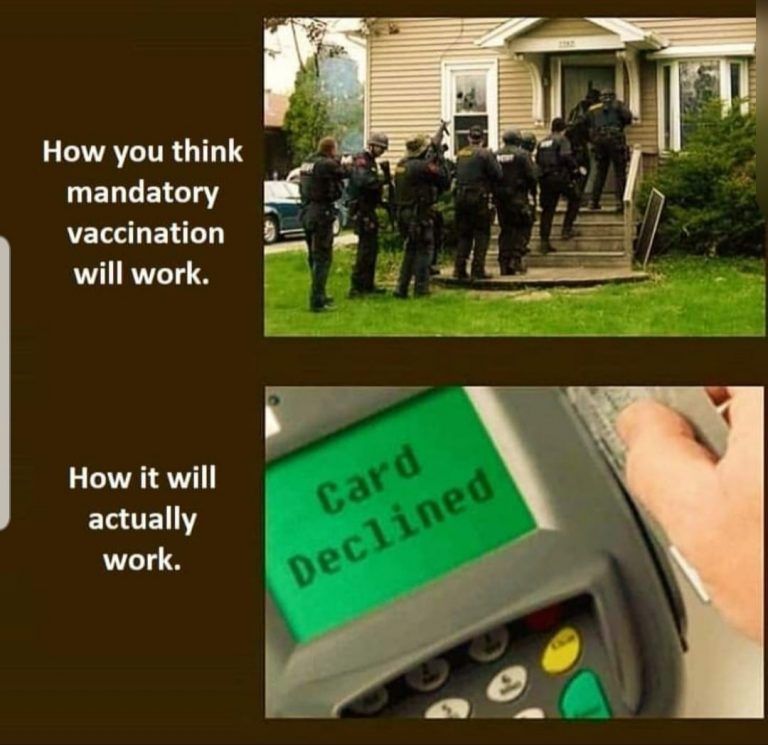 5. Vancouver PD and prosecuting attourneys fail to press charges against ANTIFA for attempted vehicular homicide of a Proud Boys member attending a memorial for another Proud Boy murdered by ANTIFA.

(Click through and read the whole story please. This is a very important benchmark on American equality before the law and classical liberal values altogether. Initially this was posted as about Vancouver BC Canada, as we did not know there was a Vancouver Washington. Thank you reader Sam Helm for the correction.)