On Saturday evening, the official Nevada GOP Twitter account announced that a whistleblower had come forward in Clark County, Nevada, claiming that they witnessed invalid ballots being counted.

“A whistleblower has come forward in Clark County saying they witnessed mail ballots being counted without signatures being verified,” the Nevada GOP Twitter account tweeted with a video of the story on Fox News.

“In just the last hour in Nevada, an election worker whose job was to process mail in ballots, says he witness irregularities in counting those ballots and was told by a supervisor who he names to put through ballots he believed needed signature verification without that verification first being done,” Fox News reported. “He says he was also told to ignore discrepancies with addresses. That worker has sworn out an affidavit which has been sent out to the Department of Justice here in Washington.”

2. BBC article from 2016 about how to spot vote rigging in Niger 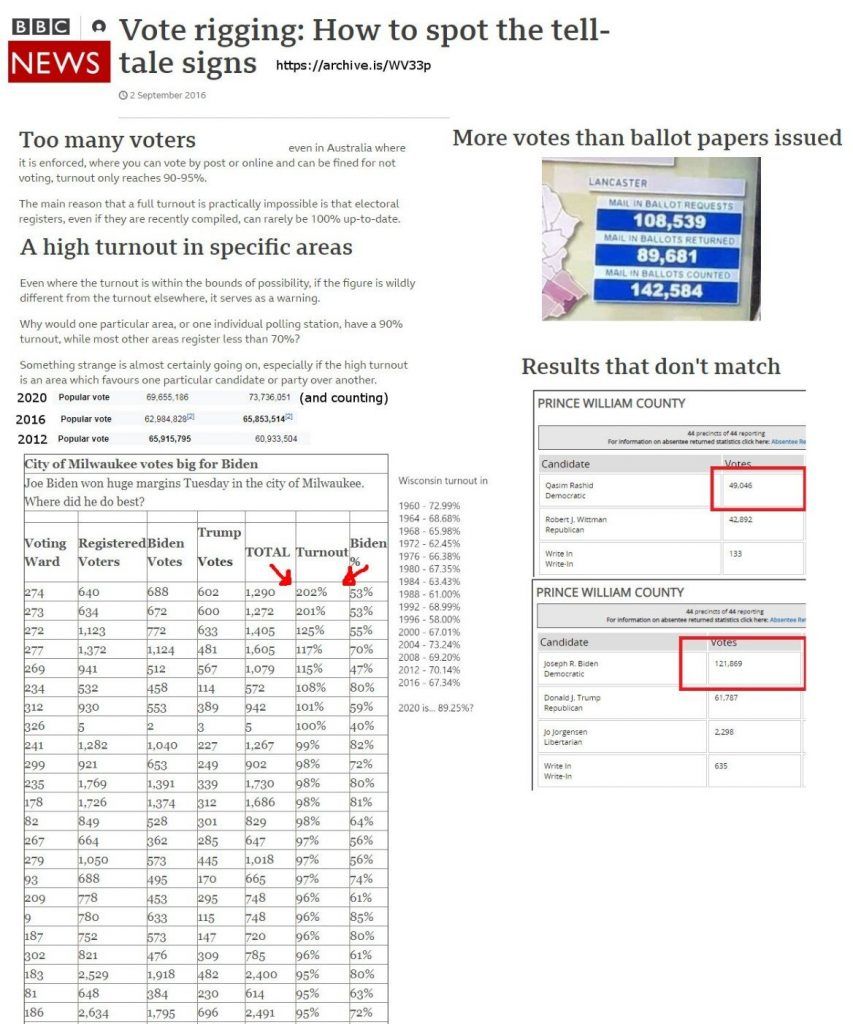 4. Ken over at Tundra Tabloids sends us this, and tells us it is VERY worth the time to watch. The man speaking has been in front of a House Congressional Panel.

5. I think we posted this one in another post but… I think its worth posting again

6. Newt on choreography of stopping counting

Who coordinated the vote-counting pause? https://t.co/M4nC121cGF

8. From a Chinese language media outlet?

9. Protests Break out in Washington (Video at site)

At the highest court in the land, dozens of Trump supporters attended a “Stop the Steal” rally on Saturday to protest against what they claim is an unfair election. The president of a conservative, pro-constitution forum agrees with Supreme Court Justice Alito’s decision to have Pennsylvania separate ballots received after Election Day to be counted separately.

“We’re worried about the election, we came together to say, Stop stealing the election. And as you know, in Communist China, the government shuts down elections that they don’t like we’re going to let them happen. And what we’re seeing now is a combination of power by the media and big tech and power by local officials to try to steal an election. So we have to fight back.”