One minute of silence in Austria to onor the victims of the terrorist shooting spree in Vienna: 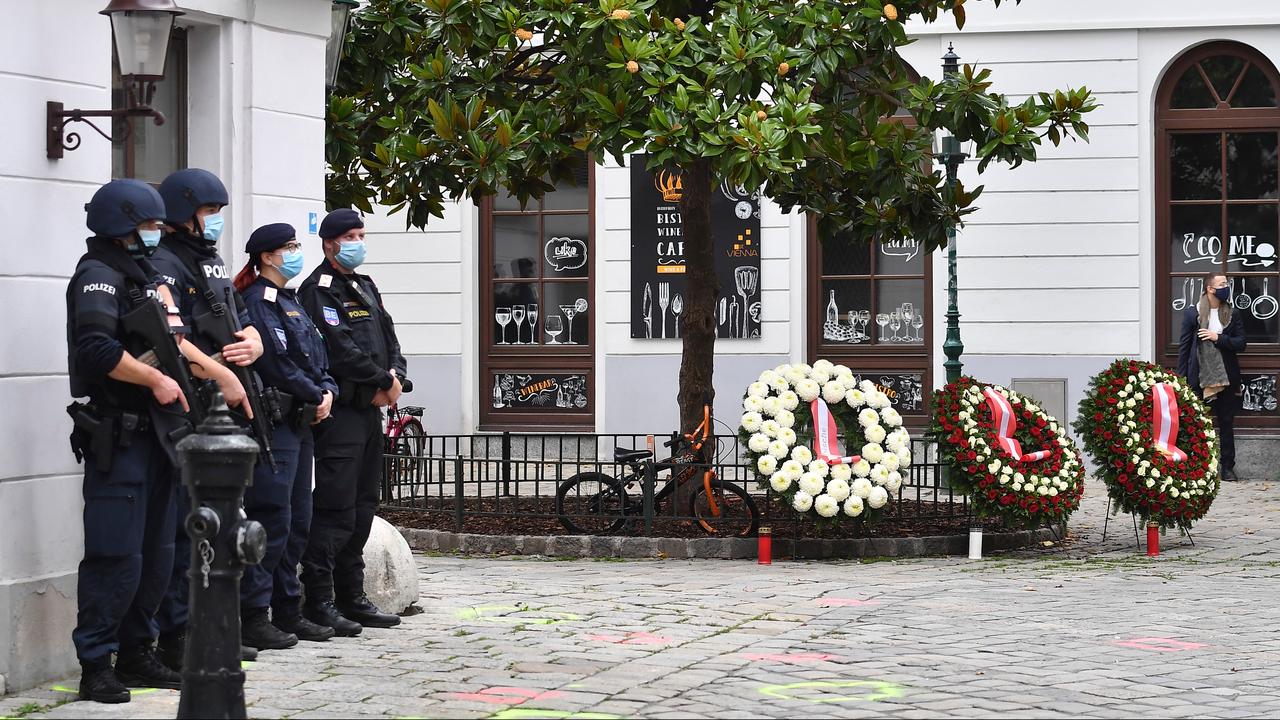 Details about the shooter, in German:

20 year old man with a North-Macedonian background (1/3 of that population is muslim, and of Turkish, Albanian or Romani ancestry). He was convicted on 25. April 2019 of trying to join IS in Syria, and sentenced to 22 months. He was released on probation on 5 december, due to his young age.

He was shot close to the Ruprecht Church.

Police are arresting the people he was in contact with, they’ve raided 15 houses.

During the attack, he was armed with an assault rifle, handgun, machete and fake bomb vest. He posted a photo of 2 of his weapons on Instagram before the attack.

According to his lawyer he was a nice boy from a good family, who fell in with the wrong crowd and was radicalized at a mosque.

He was treated by a de-radicalisation group called Derad. They declared he was no longer a threat, a condition for his release.

14 people have been arrested so far (other source).

6 Replies to “Vienna jihadi had track record of Jihad activity, but released cause ‘deradicalized’ according to muslims”