1. Senator Graham speaks to the “ultimate double standard” of justice between how the FBI teated Clinton in sharp contrast to Trump

2. This may well be the next spark in the gas pool. Another black man shot by police

COPS are hunting for a covidiot said to be giving strangers hugs and telling them “you now have COVID” in a Massachusetts Walmart.

“He told the victim, ‘Just giving you a COVID hug.  You now have COVID,’” officers with the Springfield Police Department said in a press release. 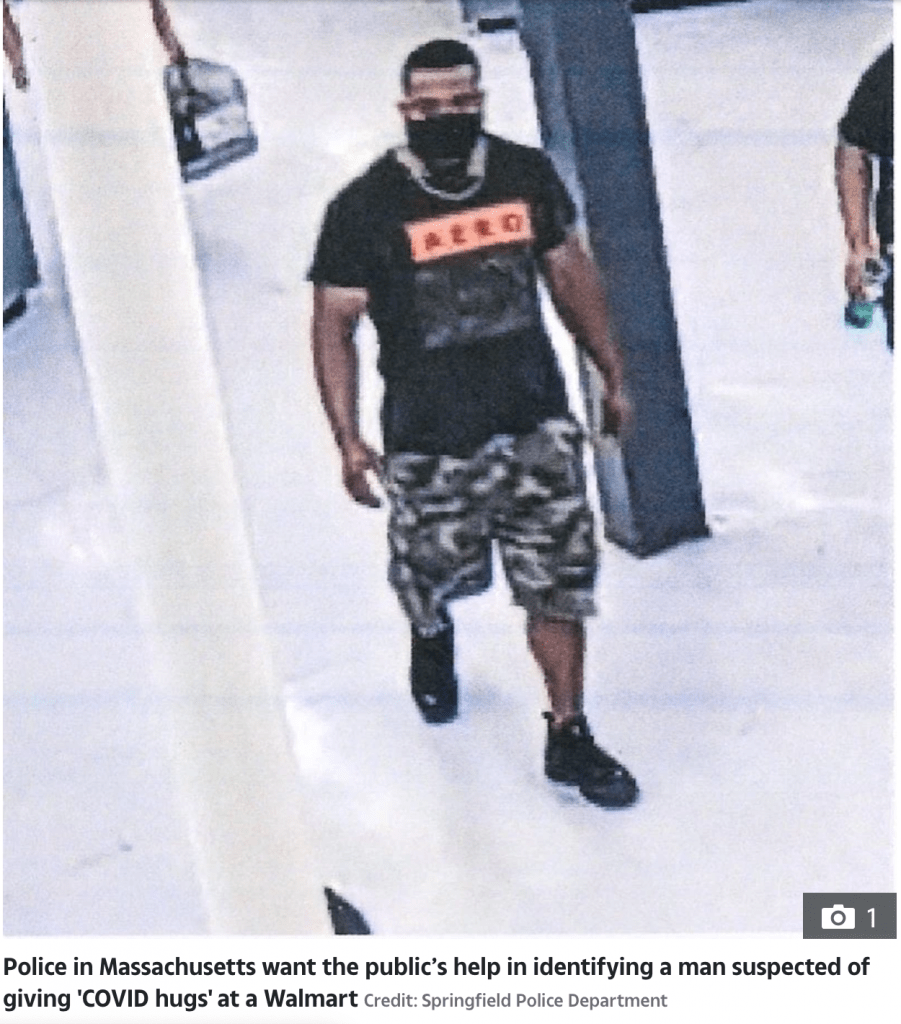 (I have never heard of somoene with the cold or the flu doing this anywhere. Covid is a weaponized virus mostly by leftist media and governments. If they hadn’t made it a weapon of terror, it wouldn’t be so tempting to potential terrorists like this guy)

4.There is a rumour circulating around that has no links or other verifiable/falsifiable methods, that President Trump is going to make HCQ legal OVER the counter as of 5:00 PM ET today. If this is true, it is truly a great leap forward for freedom.

5. This must be known, and more importantly fought to preserve, by a significant fraction of American citizens. Ideally in Canada we should be understanding the superiority of this position.

6. From one of the last bastions of media reasonableness, oddly in Oz:

7. ANTIFA and a wide variety of people face off in Nottingham city centre

8. Amazing Polly asks some important questions. The answer is in item 5. But why does the answer not matter?

both Bloomberg and StatNews report that Trump will announce that a new coronavirus treatment involving blood plasma from patients who have recovered from the disease, has received an emergency use authorization from the FDA, which is expected to clear for use with certain patients what’s known as convalescent plasma. The move, Bloomberg notes,  would make it easier for patients to get the product, which Trump has touted even though its effectiveness hasn’t been proved.

Blood plasma is among a host of potential therapeutics that have been undergoing testing in clinical trials, StatNews notes adding that the hope is that infusions of antibody-rich plasma from those who have recovered from Covid-19 can be injected into ill patients, kickstarting their immune system and allowing them to fight off the virus until they can generate their own antibodies.

Trump’s decision to forge ahead is predicated by a study conducted by the Mayo Clinic and the National Institutes of Health which found that plasma treatments appeared to have a small but statistically significant impact on reducing mortality in hospitalized Covid-19 patients who received the infusions within three days of the onset of symptoms, compared with those who got plasma later.

10. ‘Intolerable’ 100,000 Christians murdered for their faith in Nigeria, report claims

A MAJOR new report has demanded that a new sanctions program is aimed at individuals and organisations in Nigeria to end Christian persecution.

It has warned that the situation is “intolerable” with claims that almost 100,000 Christians have been murdered for their faith in the west african state in the first two decades of this century.

The report, co-authored by The International Organisation for Peace Building and Social Justice (PSJ UK), the International Committee on Nigeria (ICON)  and the International Freedom of Religion or Belief All Party Parliamentary Group claims that over the past 20 years Nigeria has suffered more violent incidents and deaths compared to the rest of the combined West Africa region.

Thank you M., Yucki, Pym Purnell, Wrath of Khan, PC., Malca, Hellequin GB., Richard, Tania Groth, EB., and all who are trying to make sense of what looks more and more like a Goebbels “big lie” that is 2020

On August 6th, I sent a letter to @realdonaldtrump calling for another Emergency Use Authorization on HCQ signed by 700+ physicians from all 50 states & 4 other countries.