Not that long ago, the left pushed the narrative that speech was violence.

The idea was, if you said anything Neo-Marxists did not agree with, it was the same as if you had applied physical violence to oppose their agenda, and therefore any sort of violent defensive action was justified.

Much like the Islamic idea of “Defending the Faith”. Where not allowing Muslims to impose their religious laws on you is grounds for jihad against you as you have attacked their religion/religious rights to impose Islam on you.

In Marxist terms, if you said anything they could reframe as “Racist, Sexist, Homophobic, Transphobic, and lets be clear, that includes saying things that are true, such as “biological sex is real“, they would use violence on you, even mob violence and whatever other means they could think of to destroy you, your career, family and relationships.

And now, like true communists do, they have deployed phase two:

(Also like the Islamic concept of “Hijra”, which means two things. A Muslim moving to a non-Muslim area in order to make it Islamic, or increasing the degree of Islamic adherence of an area by upping demands. Ottawa residents for example might remember a year around a decade ago where you simply never saw a Muslim head cloth and nearly never or never a face cloth and then all of a sudden, they were everywhere like Dandelions)

Phase two of the Marxist hijra is “Silence is Violence”

This means that it’s now, not enough to keep your non-Marxist opinions to yourself. You MUST speak out and support the never ending cycle of leftist negation of all things Western and if you don’t, you justify violence against you. They will hurt you, and it will be your own damn fault. 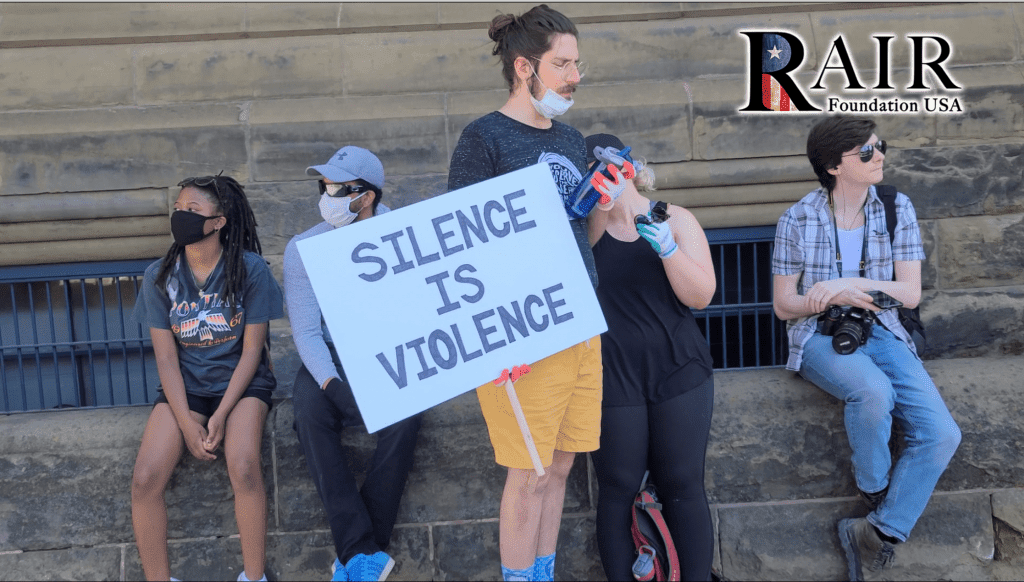 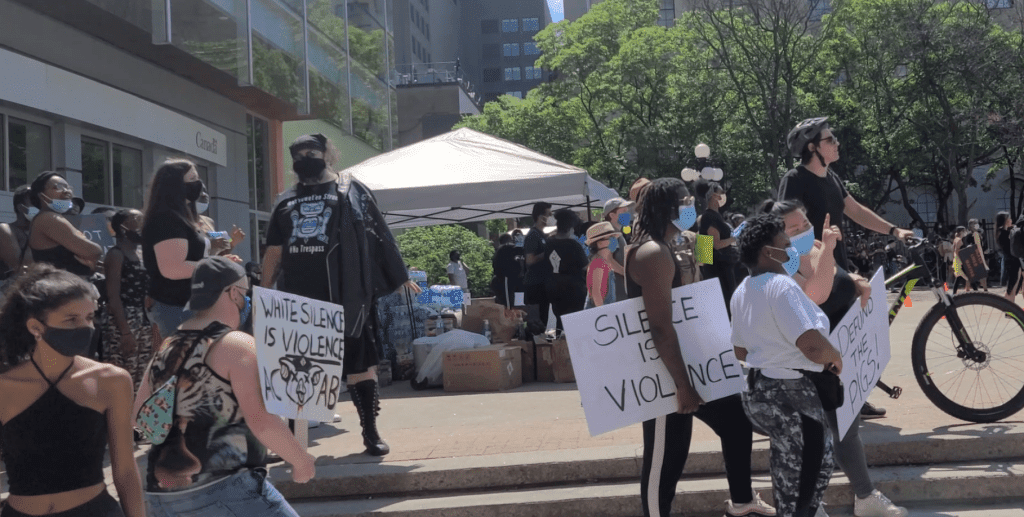 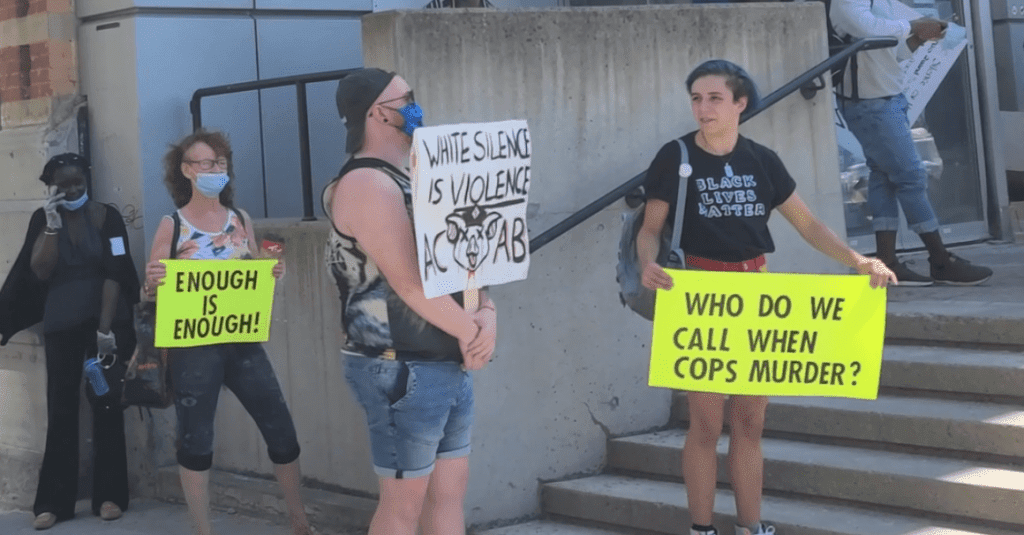 And we move closer and closer to the 1984, 3 minutes of mandatory state imposed hate. But 3 minutes will never be enough. And the demands on you to submit will never be enough until you submit that your life, your children, and all your efforts are the sole and total property of the state and any injustice you perceive is done to you by the state, including your death, you should consider to be an honour to have the chance to sacrifice to the state.