This was too much to even dare hope for! But here it is. And such a clear and obvious measure to restore reason. I mean reason in the most literal sense, not a metaphor for ‘what I believe in, defines reason’, but the actual implementation of reason and debate over Marxist and Islamic restriction on speech and thought, which public has been funding for decades now.

I should add how delighted I am to have been wrong about Ford.

From the Globe and Mail:

Ontario Premier Doug Ford has warned universities and colleges they will face funding cuts if they fail to adopt free-speech policies that defend controversial speakers on campus and decline to stop shielding students from opinions some might find offensive.

Following a number of high-profile protests over the past year against speakers at Ontario universities, Mr. Ford promised during the spring election campaign that he would tie funding to free speech on campus. The government announced on Thursday it will give schools four months to design, implement and enforce wide-ranging free-speech policies.

“Colleges and universities should be places where students exchange different ideas and opinions in open and respectful debate,” Mr. Ford said in a statement released by his office on Thursday afternoon. “Our government made a commitment to the people of Ontario to protect free speech on campuses.”

Mr. Ford and Merrilee Fullerton, the Minister of Training, Colleges and Universities, were not available for comment.

Please continue at the link above.
But before anyone starts thinking that the Globe & Mail is not really the Globalist & veil, check out how they captioned the photo for this story: 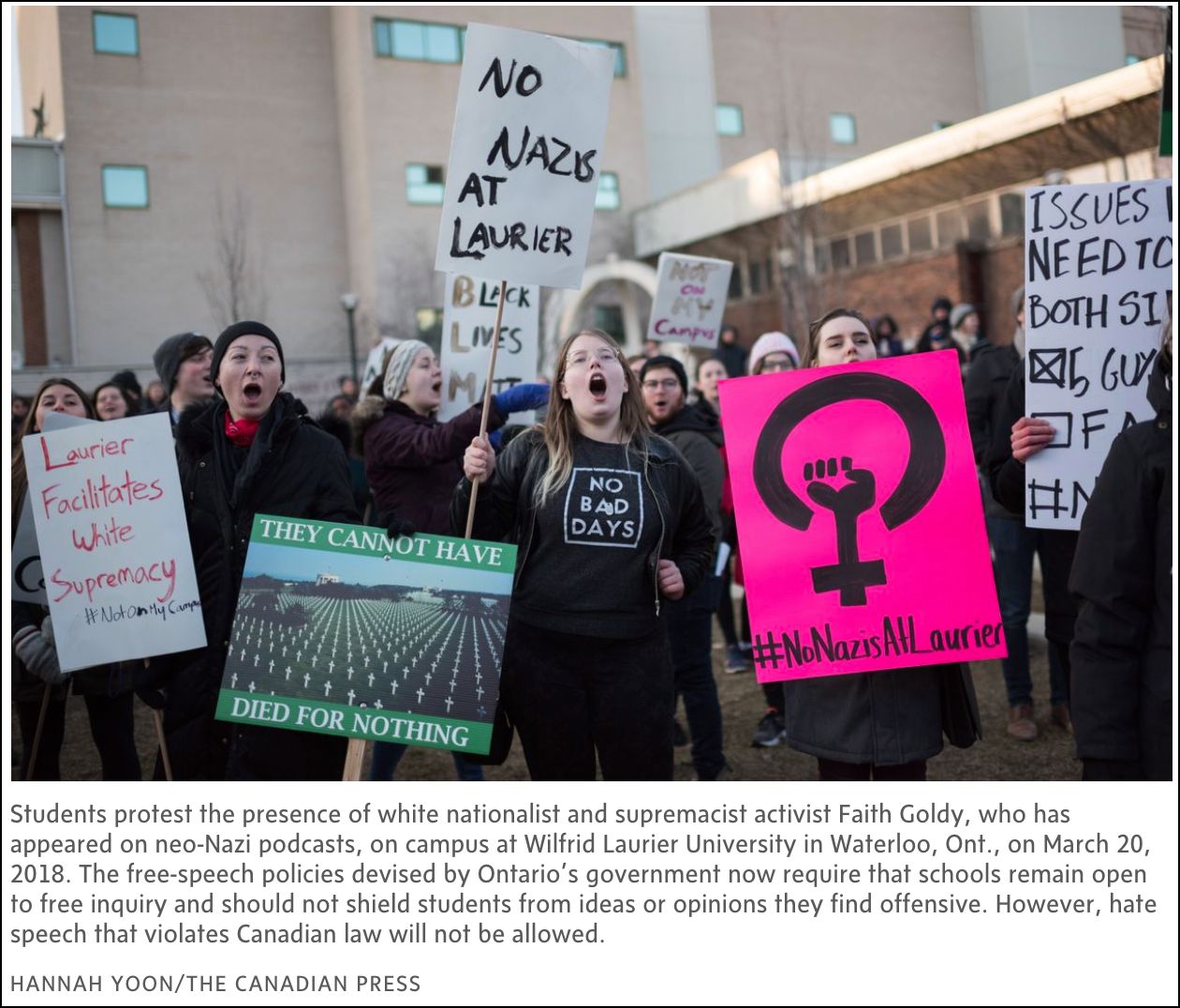