Ref. The term year jail sentence for setting of fireworks:
Here in England Kevin Crehan was sentenced to a year in prison for putting a few slices of bacon on a mosque door. A few weeks into his sentence, he died in prison. It’s still not clear how or why he died but a lot of us suspect we know.

Then of course there’s Tommy Robinson, Tim Burton, Jayda Fransen and Paul Golding. All jailed for opposing the muslim invasion of our country.

Some powerful body in the West hates us, the indigenous white Christian peoples, and loves muslim death and destruction.

A few additional data points on that thesis:

Sweden: Man convicted of eating bacon in front of three Muslims, must pay each $625, plus $1125 fine

(Attacked a mosque with a strip of bacon. I guess muslims should take this course.)

There are of course a huge number of people in the formerly free nations, and especially perhaps in the UK, or that could be a trick of a common language or the UK having a larger vestigial free-journalism than say, Sweden does. A google search asking for people jailed for burning a koran which was their own free and legal property is long. 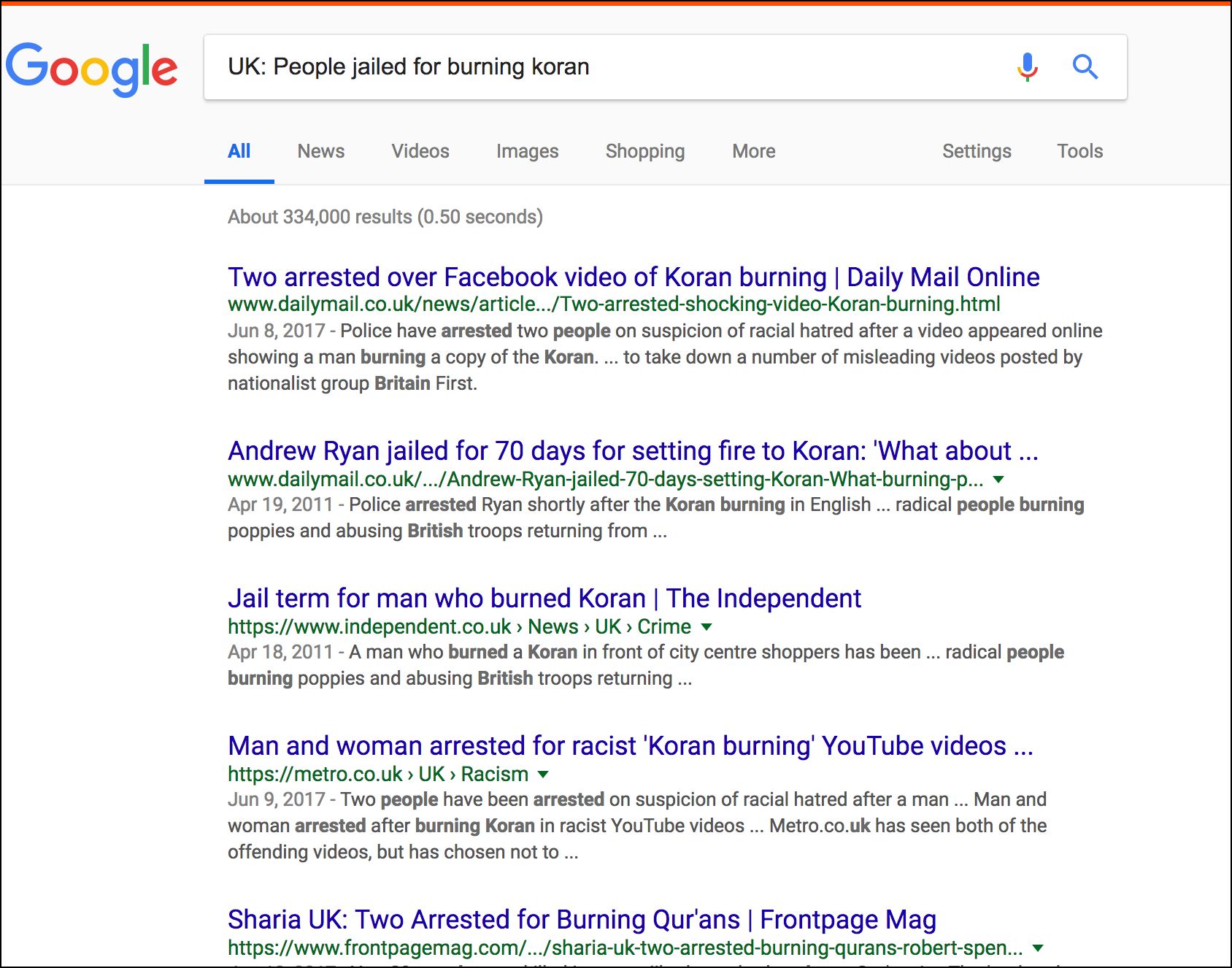 At the end of the day, the one thing that seems consistent is that the main tool used against classical liberals, even to the extent like the ADL or various other fake human rights groups do, is selective enforcement to promote Islam and communism. Real Nazis are often not persecuted by these groups citing 1st amendment rights. But that seems to be to lend street credit to them so they have more efficacy when they go after the middle. Then they can make Trump supporters look really scary cause they don’t even go after actual Nazis as we saw in Charlottesville Va.

Also its critical that the handful of genuine Nazis, such as they are, remain at large to be used as examples. Less hazardous perhaps than inserting members of ANTIFA or the deep state into a conservative March to give the Nazi salute at just the right time for colleague photographers.

5 Replies to “Selective enforcement in Europe. Bacon and books”