An original translation from the Hessian news portal Extratipp:

Kassel – A 30-year old asylum seeker from Syria threw boiling oil into his janitor’s face on Friday around 3PM (CET) in Erzberger Straße. The janitor suffered severe burns on his face, his upper body and arms. The 30-year-old immediately had to be taken to a special clinic in Hannover. Police Spokesman Torsten Werner confirmed this to extratipp.com on Monday before noon.

The incident happened in the Kassel district Nordstadt in an apartment building. Upon request of the Kassel District Attorney, the 30-year-old was taken to the committing magistrate at the district court Kassel, who ordered custody, on Saturday.

Background: The two officers, who were lightly wounded, were investigating arson in the apartment building. There had been problems in the previous week: an unknown person had set a newspaper on fire in the building’s hallway, and later, a paper notice. When, on Friday, another paper notice was burning, the officers of office 11 for arson investigated in the apartment building.

The 30-year-old Syrian stated to have only limited command of the German language. Therefore, the officers asked him to come along with them to the precinct. There, an interpreter would have translated his statements. The asylum seeker turned around, took a pot filled with oil from the stove, and threw it onto the officers and the janitor. While the janitor was hit by the largest part of the hot oil, the officers overpowered and arrested the 30-year-old.

The arrested asylum seeker will have to answer for the suspicion of severe arson and severe assault. 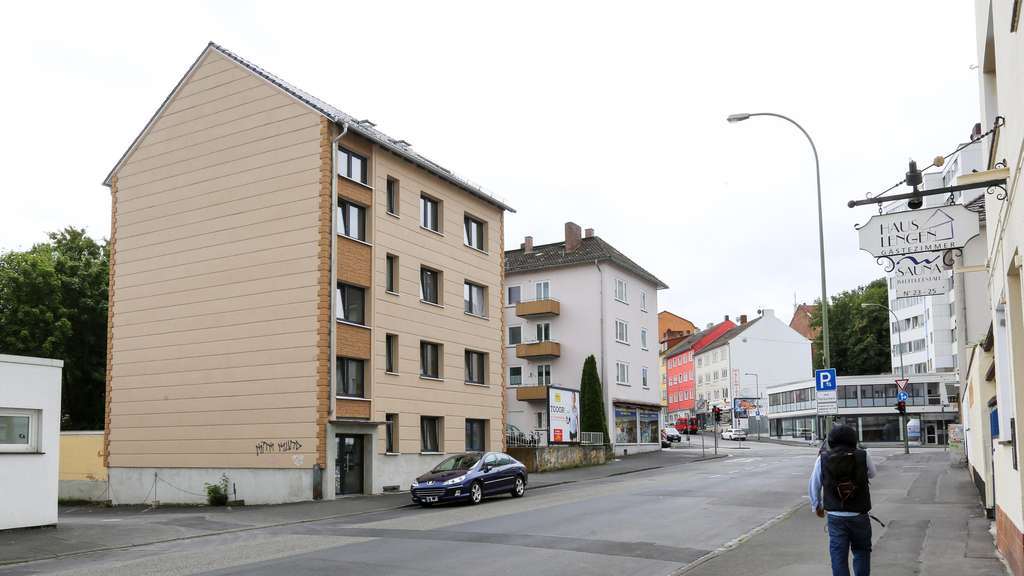 The assault took place in this apartment building in Erzberger Straße in Kassel. A man poured boiling oil into the face of the janitor who is responsible for the building. The man was wounded gravely. Photo: Schachtschneider