It’s the flag of the Khalistani Separatists, a group that wants to create a separate Sikh state in India. The group was responsible for killing 268 Canadian citizens in the Air India Bombing, has regularly carried out terrorist attacks in India, and has also attempted to assassinate both Canadian and Indian politicians on Canadian soil.

2. Passenger’s rage after being served turkey sandwich with ham label

(Our muslim friend would not listen when it was explained to him, that Turkey-ham is a term that means a certain food product made out of turkey, but it does not contain any pork.)

(I wonder what would have happened if a non-muslim behaved like this when served halal food? Only his lawyer would know for sure. And prison guards. And cell mates. And executioner)

Police in Paris discovered a Quran along with texts in Arabic in a car which was used to ram a police vehicle twice before the suspects fled on foot.

The attacks on the Paris police van occurred on Wednesday at around midnight on the Avenue de la Porte d’Aubervilliers in the northern part of the city bordering the 18th and 19th arrondissements, BFMTV reports.

Initially, the men in the car were asked to slow down as they were speeding. Following the warning, the car rammed the police van and sped away with the police in pursuit. When the vehicle was stopped by traffic, the driver attempted to ram the police van a second time and then the four occupants got out and ran, abandoning the car.

A 21-year-old Gambian asylum seeker has been arrested on suspicion of robbing and sexually assaulting an elderly German woman, website Presseportal reports.

The asylum seeker is accused of having entered the room of a 90-year-old woman on the morning of the 26th of May 2018 in a nursing home in Wendlingen. There he is said to have sexually assaulted the sleeping elderly woman.

When she woke up and fended off the man, he tried to pull the wedding ring from her finger. When this failed, he let go of her and took a flat screen TV.

5. ‘ISIS-supporting’ Uber driver ‘attacked police with 4ft Samurai sword outside Buckingham Palace after plotting suicide terror attack because of his hatred for the Queen’ 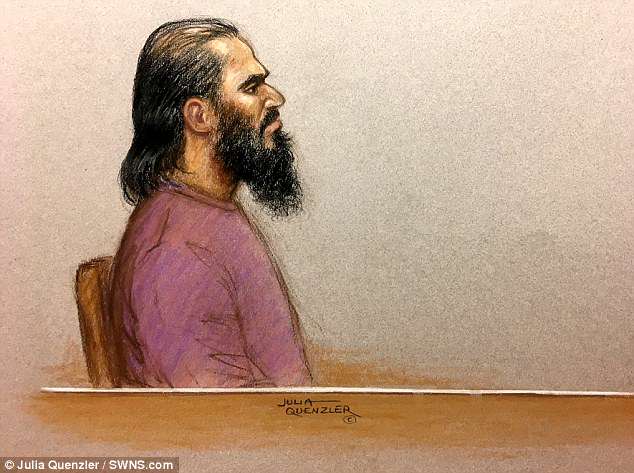 An ISIS-supporting Uber driver who ‘hated the Queen’ tried to run down police officers outside Buckingham Palace and attack them using a Samurai sword, a court has heard.

Mohiussunnath Chowdhury left a note for his sister in which he promised he would see her in paradise and told her ‘the Queen and her soldiers will all be in the hellfire,’ the Old Bailey heard.

The 27-year-old from Luton had written on one Whatsapp chat, ‘I support ISIS’ and searched for ISIS beheading videos online, the court heard.

Chowdhury had also planned to go to Windsor Castle but went to a pub with the same name by mistake, due to a ‘satnav error’, prosecutors claimed.

Thank you Xanthippa, M., Wrath of Khan, EB., Richard and many many more who have mightily contributed to this site today.

As usual, to all new readers, you may wish to check the comments under the Reader’s Links post that appear every day at midnight ET. for all the news, discussions and links.