This is a REAL email. Sent from the Met Police to parents in Romford via schools & headteachers. pic.twitter.com/dfdVD66YOm

2. Here might be a clue as to the fellow who followed the IS modus operandi to the very letter in Toronto the other day:

3. Passages from the Bible discovered behind Qur’an manuscript

(I think we can all understand why this story was worth posting. Its practically a metaphor for everything taking place in the West for the past 20 years or so.)

An “extraordinary” discovery by an eagle-eyed scholar has identified the shadowy outlines of passages from the Bible behind an eighth-century manuscript of the Qur’an – the only recorded palimpsest in which a Christian text has been effaced to make way for the Islamic holy text.

French scholar Dr Eléonore Cellard was looking for images of a palimpsest page sold a decade earlier by Christie’s when she came across the auction house’s latest catalogue, which included fragments from a manuscript of the Qur’an which Christie’s had dated to the eighth century AD, or the second century of Islam. Scrutinising the image, she noticed that, appearing faintly behind the Arabic script, were Coptic letters. She contacted Christie’s, and they managed to identify the Coptic text as coming from the Old Testament’s Book of Deuteronomy – part of the Torah and the Christian Old Testament.

4. Narrative media prepares us for exceptions to “hate speech” laws for leftists.

5. For those of you that might have noticed having some difficulty in the past month trying to access some of your favorite sites, possibly even including this one, this story should allow a moment of relaxation:

Operation Power Off, as the investigation was code-named, was led by Dutch police and Britain’s National Crime Agency with support from a dozen law enforcement agencies around the world, including Europol’s Cybercrime Centre.

“International law enforcement will not tolerate these illegal services and will continue to pursue its admins and users,” he added.

The BBC puts it this way:

A website blamed for launching more than four million cyber-attacks around the world, including attempts to crash banks in the UK, has been taken down in a major international investigation.

The operation, which involved the UK’s National Crime Agency, blocked Webstresser.org – which allows criminals to buy attacks on businesses.

The site was used by a British suspect to attack high street banks last year, causing hundreds of thousands of pounds of damage.

Six suspected members of the gang behind the site have been arrested, with computers seized in the UK, Holland and elsewhere.

6. Lauren Southern on the invasion of Africans in the French Alps

Thank you Richard, M., Wrath of Khan, Xanthippa, and all who sent in materials and there are a lot of you. Please keep it coming.

Later this evening, a new Brad Johnson interview, this time on the attack in Toronto.

Also the photo below was taken by Snaphanen.Dk:

This is a police officer guarding a Synagogue in Copenhagen. The photographer said there are two other soldiers on the street, and much more security that cannot be seen.

More here at Gates of Vienna. 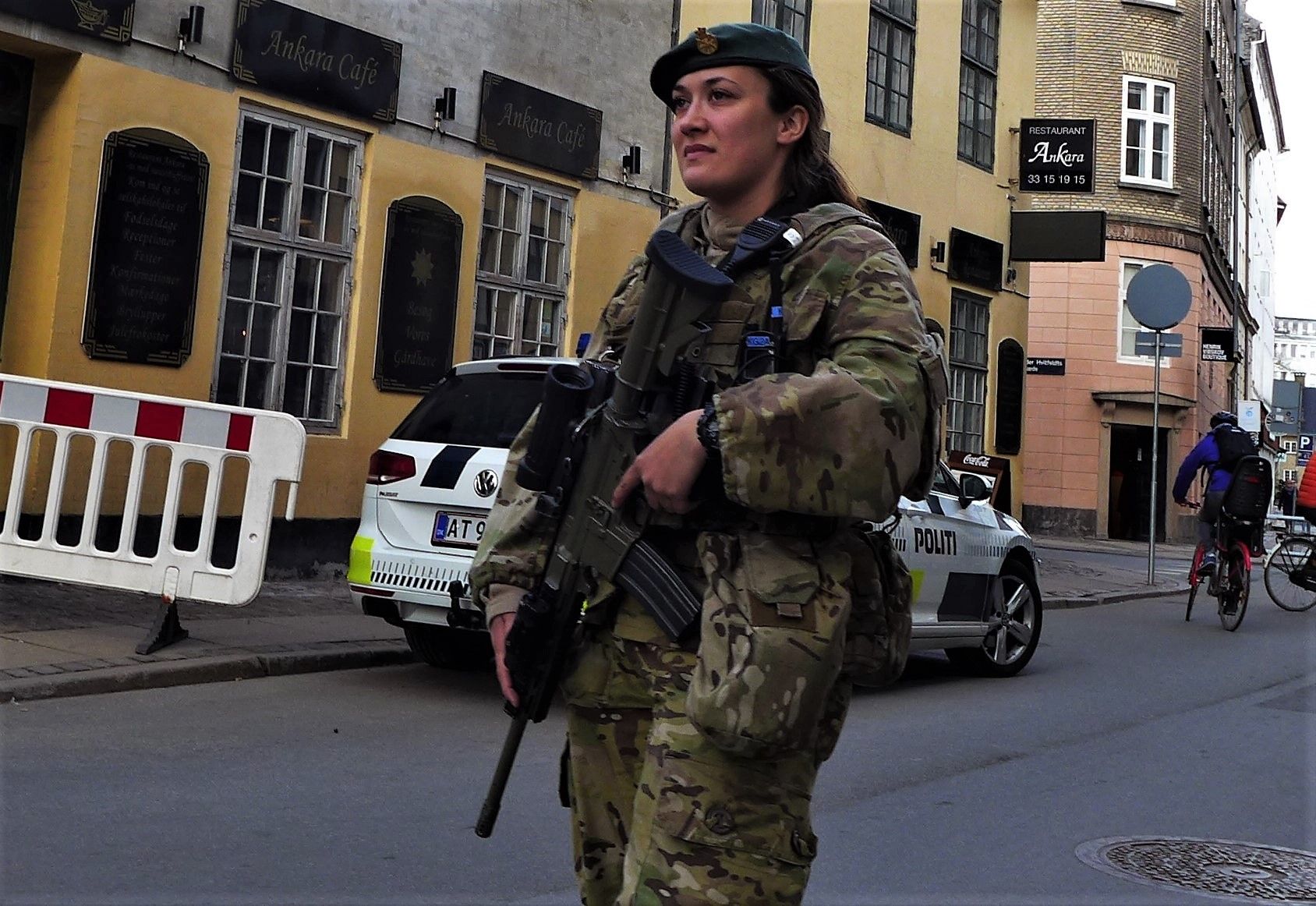