Examples of fake-news and selective enforcement to a predictable, post-Marxist, postmodern set of rules instead of classical liberal principles of one law for all, are so common they barely rate as post worthy. But still, most people don’t even get it yet. So we will plod on.

Some examples however, are next-level selective enforcement and really do have to be seen.

A Hungarian women wrote that she is so ashamed of Hungarian PM Viktor Orban’s anti-National suicide policies that she would “never have a Hungarian boyfriend again”.

Her punishment for what would under other circumstances be considered abhorrent racism got her, her own column in the UK”s Guardian newspaper.

At the moment, I don’t much like being Hungarian. In recent years I’ve started feeling that my nationality resembles a nasty skin disease that I want to scrub off. When I’m abroad, I hide my accent and I call myself a “world citizen”. I’ve vowed never to have a Hungarian boyfriend, or even to settle down in my own country. I hate the fact that much of the world now believes Hungarians to be intolerant and longing for authoritarianism. Not that long ago we were barely ever mentioned in the international media. Now, we’re a primary example of illiberalism in Europe.

An observant and thoughtful commenter added this to the comment section: 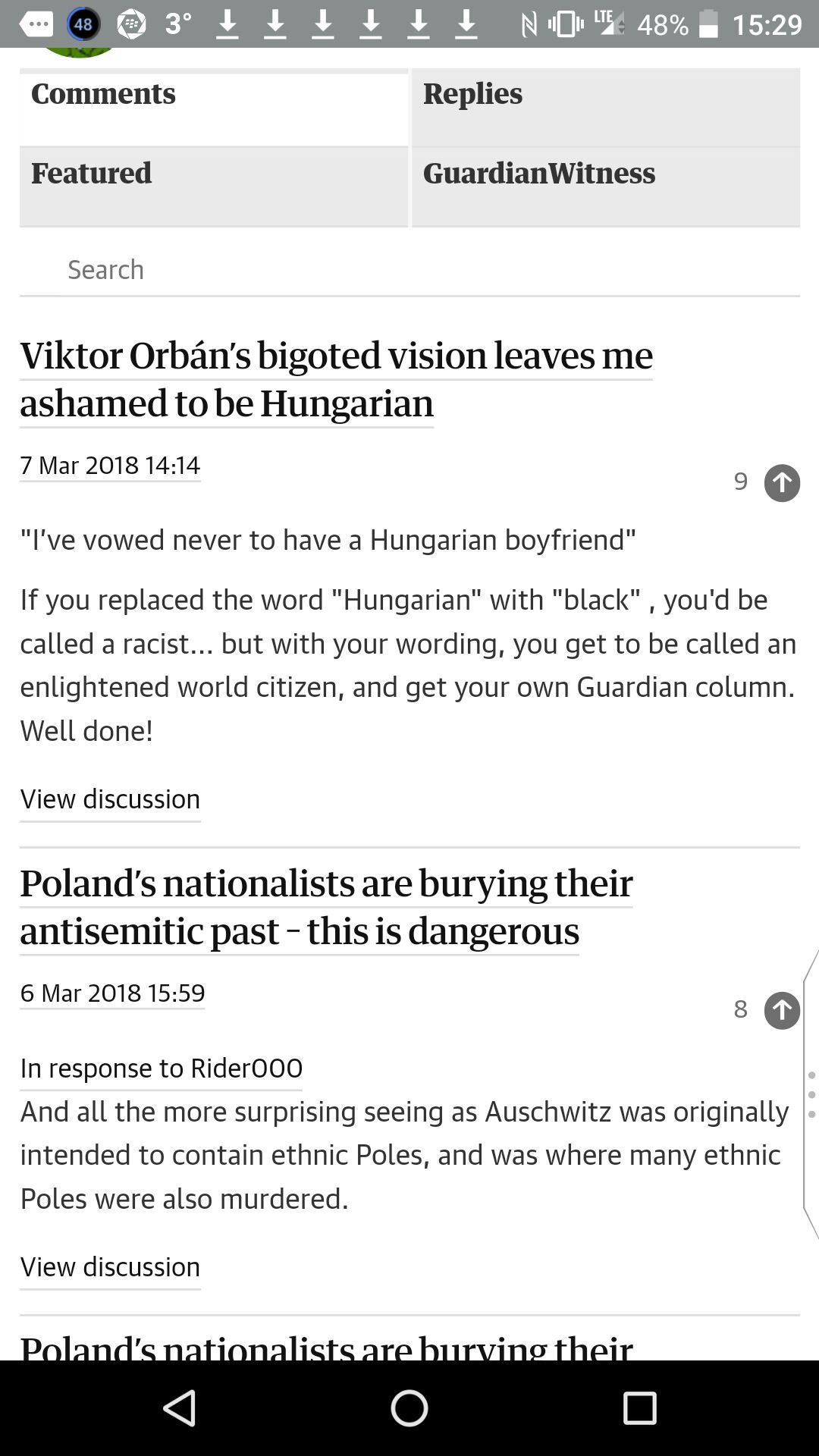 The ‘turn-around’ logic is pretty reasonable really. Sauce, goose, gander and all that.

So what did the guardian do with it scant minutes later? 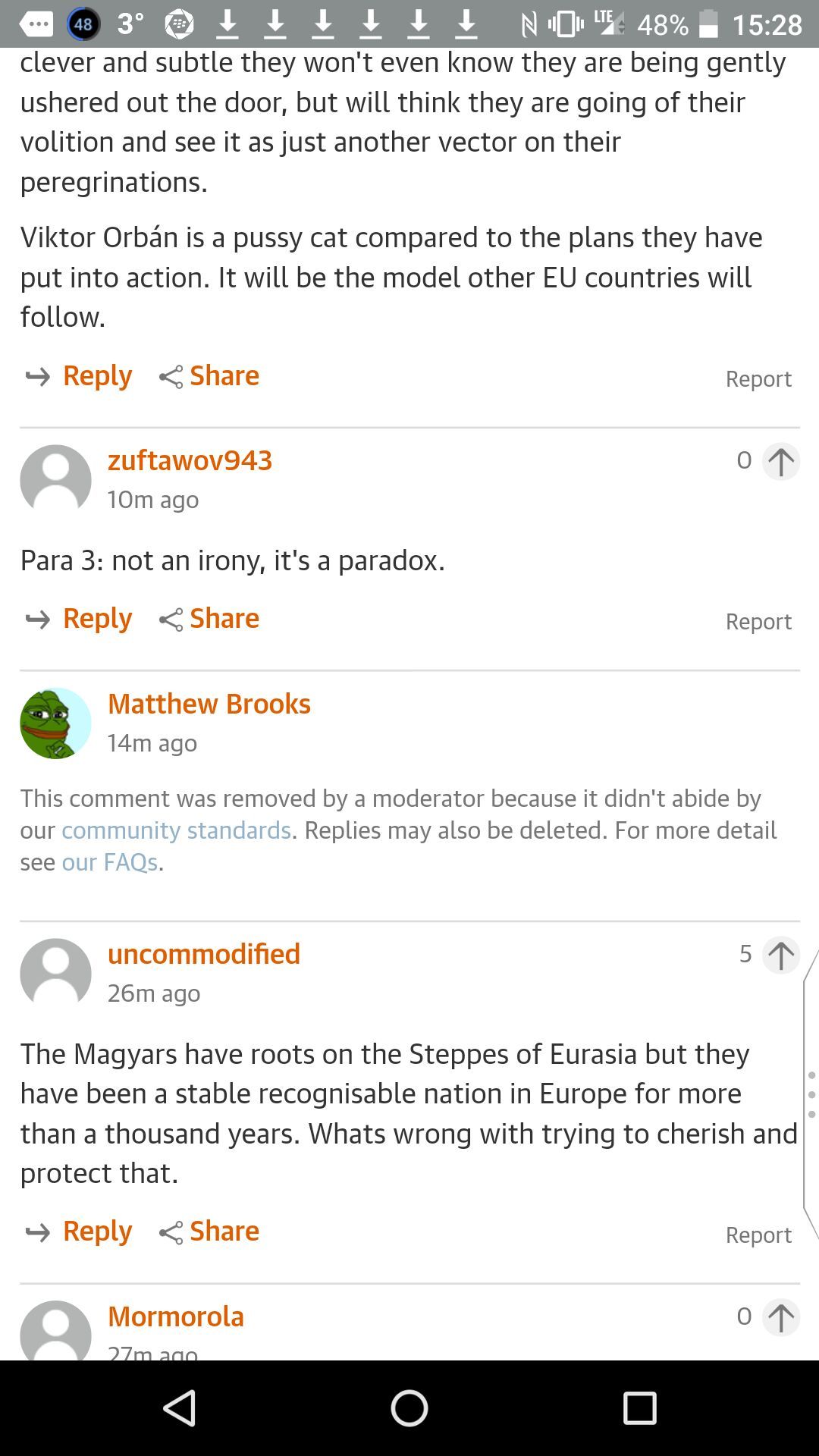 That is correct. The state of controlled, Soviet style Marxist and Marxist race theory, or postmodernism, has reached a stage where a polite, well worded comment that shows the fallacy of anti-white racism as a form of morally superior, anti-racism, is now a violation of community rules and will be removed.

The time to buy old Shakespeare books from estate sales and store them in weather proof barns is now. It won’t be long till those that control the present start to more aggressively control the past in order to secure a controlled future.

(An afterthought. Notice the hijacking of the term, “Illiberal” by the author. In fact her article is racist, supremacist and illiberal. A liberal view is that all people are equal before the law, and that one decides on an individual basis who is worthy of your attention based on whatever standard you set for yourself for your own purposes.)

3 Replies to “Government-media complex so Marxist, it should have a warning label”