One of our friends in Toronto went to the location and took some pictures and video which we will add when she gets it here. For the moment, there is really stunning drone footage found by GoV below. Also, our Toronto friend said that the area really stank of gas. This could mean a cause, or an effect in this case. Also an East Asian was protesting in front of the area with a sign with his own claims about what had taken place. More on that when we get the video.

Here are two MSM stories on the same event. As of 1:47 PM today, Feb. 11 2018, BOTH MSM outlets avoid saying where exactly the explosion took place. It is a stunning example of how media today works to make sure people do not know what takes place.

Two people and one child have been taken to hospital following an explosion at a commercial business building in Mississauga Sunday morning.

Police were called to the area of Dundas and Hurontario Streets at 7:30 a.m.

One man has serious, non-life threatening injuries and a woman and child both sustained minor injuries.

All three people have been transported to hospital.

Images tweeted by Peel paramedics show flames and heavy smoke billowing from the business in a strip mall, with debris scattered along Hurontario Street. Five people, including a child, were assessed for injuries.

#PRP in area of Agnes St./Hurontario St #Mississauga for a commercial business explosion. Unknown injuries at this time
Hurontario St closed both directions from Dundas St to Hillcrest Ave.
Please avoid area Updates to Follow
Call came in at 7:28 am pic.twitter.com/iMJFd1oxWm

After about 30 minutes working with Baron B. at Gates of Vienna on Google Maps, we think it must be in this strip mall. 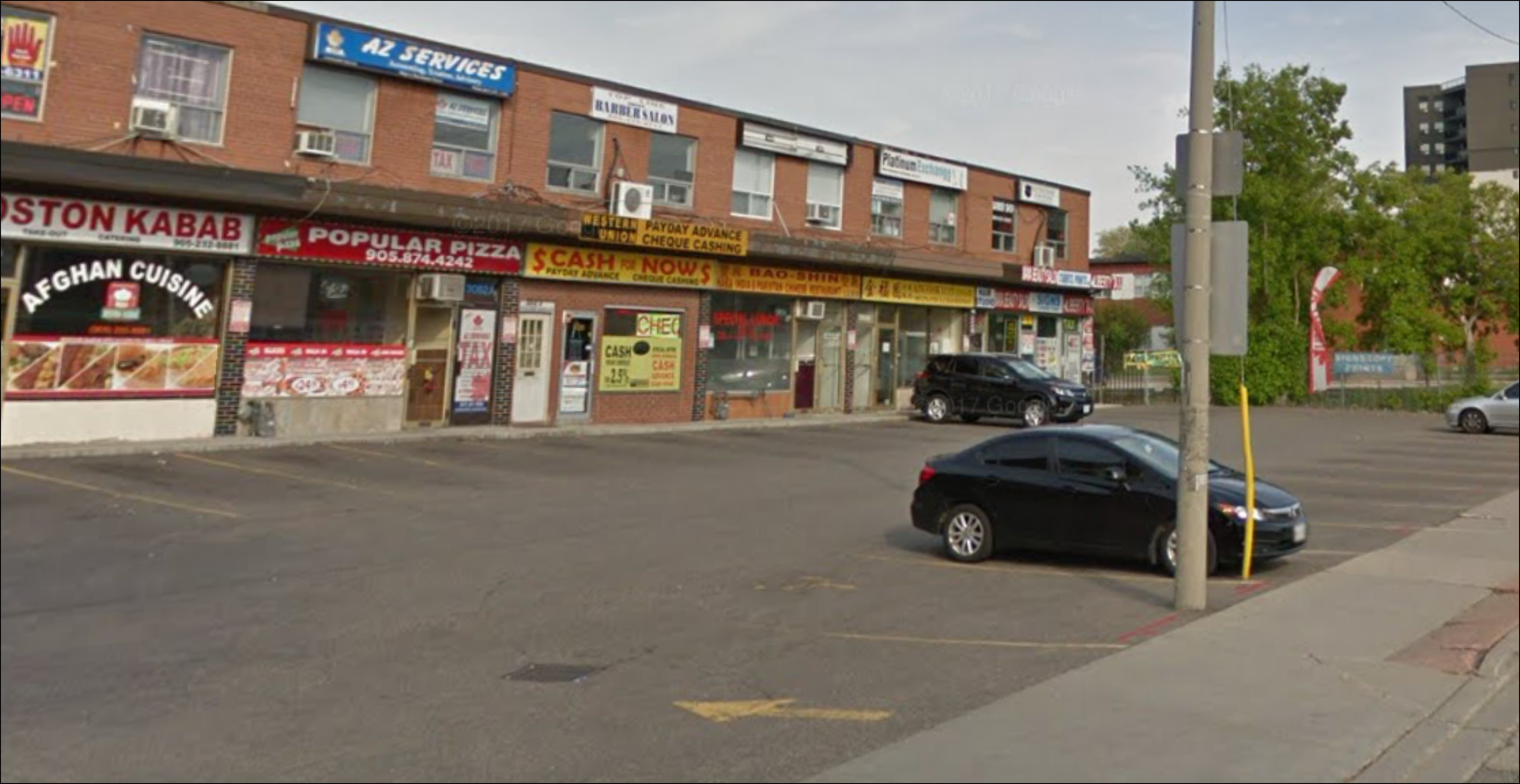 Just past the mall you can see a parking lot and the school, TT.L. Kennedy, which is mentioned in the articles.

Hey this place looks like a fun place to eat! 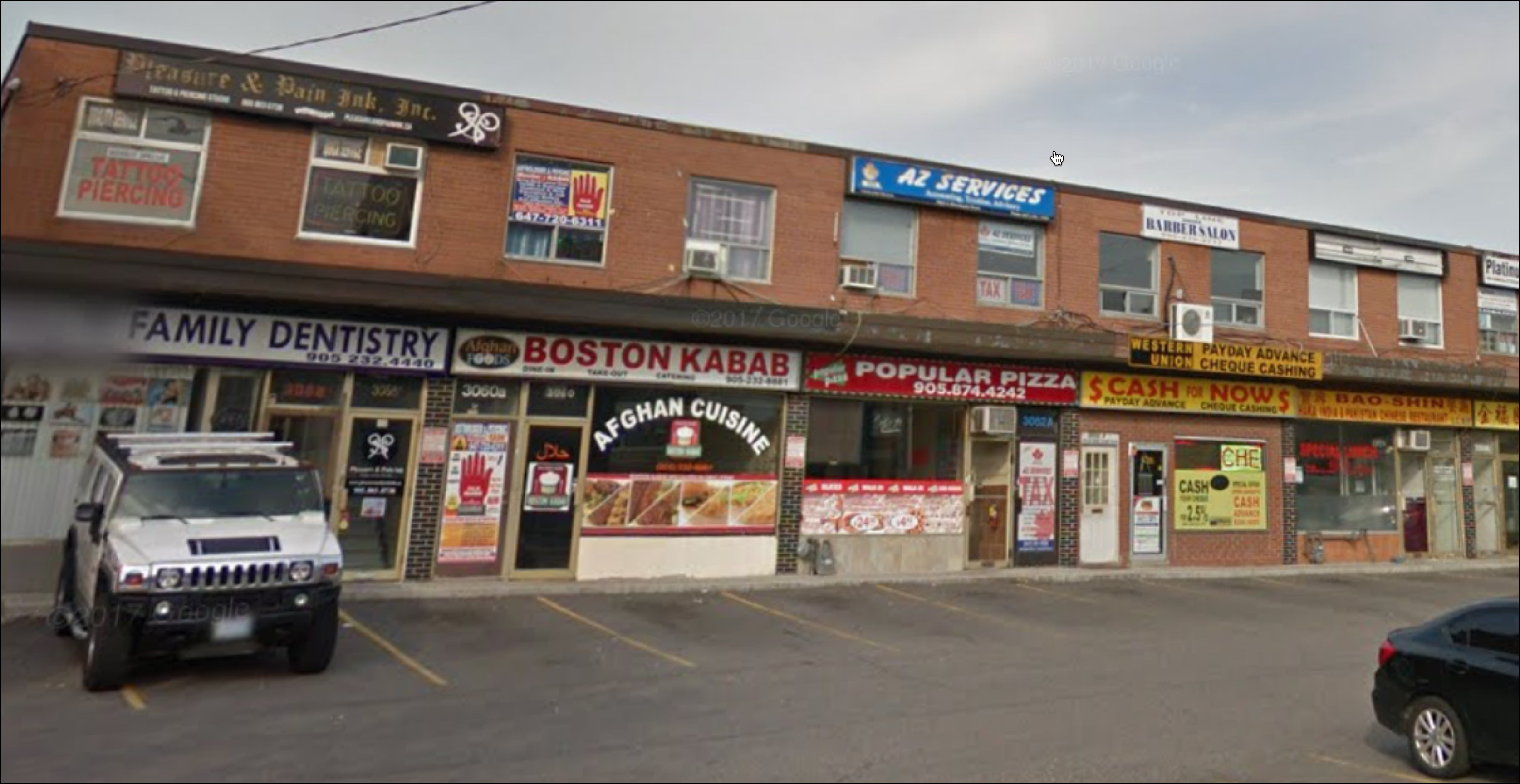