An original translation by Tania Groth with much thanks.

From this Danish News site: 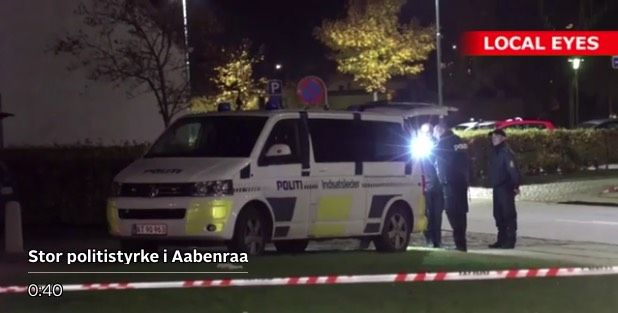 A 27-year-old Syrian woman and her two daughters, aged seven and nine years old were found dead Sunday night in an apartment in Aabenraa.

This was revealed in a press release issued by South Jutland Police (Denmark).

Late Sunday evening police barricaded an area of the city. The police declined to reveal the reason for the large police presence until Monday morning.

It is now clear what the reason was. A family had for several days been unable to make contact with the woman and had therefore gone to the police.

Police found the three bodies in a freezer in their apartment on Reberbanen in Aabenraa.

The woman’s husband, who also is the father of the children, was not in the apartment. He is therefore wanted by the police.

The police have started forensic work in and around the apartment and are questioning neighbors and people who know the family.

The victims had refugee status and have been in Denmark since last summer.