1, Man in Australia being charged with Islamic State inspired attack

A 22-year-old man charged with a terrorist attack in south-west Sydney was inspired by the so-called Islamic State group, NSW Police allege.

He is accused of stabbing a 59-year-old man a number of times at a reserve on Olhlfsen Road at Minto on Saturday afternoon.

The victim suffered injuries to his body and hands, and remains in hospital in a serious condition.

(Oz-Rita explains that in Australia, a reserve means something like a federal or territorial park, and not a lawless place with cheap cigarettes that taste like cat poo. Also that this is the first attack clearly being identified as an Islamic State attack with no attempts at deflection. Rita also explains that this breaking attack is also connected to this Islamic State shout-out for more Individual Jihad, as called for in Islamic scriptures. 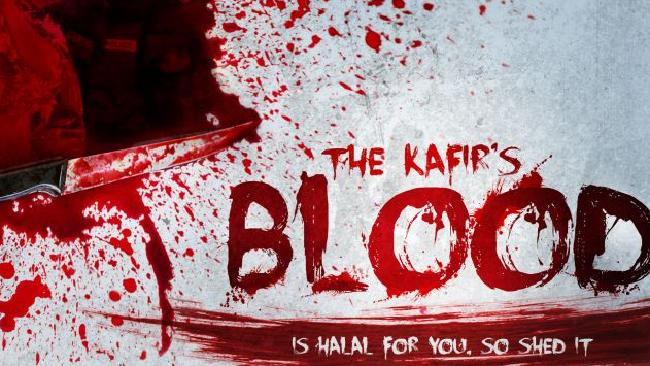 Please see this Stephen Coughlin video for an explanation of individual jihad, which is the real Islamic doctrine which Western leaders attempt to dismiss as “lone Wolf attacks”.

Here is the press conference from the NSW police:

Thank you Oz-Rita for the detailed explanation. More will be added as I sift through the information provided.

The Australian, which has a subscriber paywall, explains that this attack was directly linked to an Islamic State publication which encourages individual jihad.

The Australian explains that the following quoted text is from the IS online magazine but does not link to it. I suspect a link will show up in the comments shortly. If it does, one may wish to view it as a necessary function of self defense to know what the enemy is advocating and planning rather than pretend it is being posted to support the enemy’s mission. Not showing the public is more dangerous than showing it and always has been. Only a post modern and culturally Marxist vision would suggest the public should not be made aware of a direct threat to them.

“Light the ground beneath (Australians) aflame and scorch them with terror,”

‘’Kill them on the streets of Brunswick, Broadmeadows, Bankstown, and Bondi,’’ Kill them at the MCG, the SCG, the Opera House, and even in their backyards. Stab them, shoot them, poison them, and run them down with your vehicles. Kill them wherever you find them until the hollowness of their arrogance is filled with terror and they find themselves on their knees with their backs broken under the weight of regret for having waged a war against the believers, and by Allah’s will, and then through your sacrifices, this Ummah will be victorious.’’

There is a second article quoted with more graphics and incitements to wage jihad. Best if this is updated with the original links.

This Australian link is not behind a paywall and names the attacker.