(Lots of red meat there)

One thing is for sure. If nothing else, Hillary Clinton, the woman who really only is telling the truth when she is coughing, and even that is involuntary, is the best advert for Bleach Bits of all time.

WASHINGTON — A computer specialist who deleted Hillary Clinton’s emails despite orders from Congress to preserve them was given immunity by the Justice Department during its investigation into her personal email account, according to a law enforcement official and others briefed on the investigation.

Republicans have called for the department to investigate the deletions, but the immunity deal with the specialist, Paul Combetta, makes it unlikely that the request will go far. Representative Jason Chaffetz of Utah, the top Republican on the House oversight committee, asked the Justice Department on Tuesday to investigate whether Mrs. Clinton, her lawyers or the specialist obstructed justice when the emails were deleted in March 2015. “The state is surveying land plots for new refugee centres on the entire territory of the country,” stated the Commissioner General of the Interior Ministry, Georgi Kostov, during his visit to Harmanli together with the Chairwoman of the State Agency for Refugees, Petya Parvanova. The reason is that existing centres are now full.

4. Trey Gowdy on Clinton immunity from prosecution on activities which have landed many other American government and military people serious jail time.

TWO cases of leprosy could have broken out at a Californian primary school, parents have been warned.

Parents have now refused to send their children to Indian Hills Elementary in Jurupa Valley after notes were sent home warning parents that two students “might” be sick with leprosy.

Police and finance ministry investigators raided 12 locations across the country on Thursday in connection with an investigation into money laundering involving an un-named Islamic organisation, broadcaster NOS reported. The probe centres on an Islamic organisation which is suspected of laundering hundreds of thousands of euros via educational and other charities, the broadcaster said. The premises raided included four homes in Brabant, two in Utrecht and one in Zuid-Holland. A mosque in Tilburg and Utrecht and other properties in The Hague and Nieuwegein were also part of the investigation.

(one hardly ever hears about a Buddhist temple raided on a money laundering scheme or for hidden weapons. Even though any non-mosque in fact really needs weapons thanks to all the mosques.)
7. Evil men lured girl, 13, into hotel room before raping her and photographing the abuse 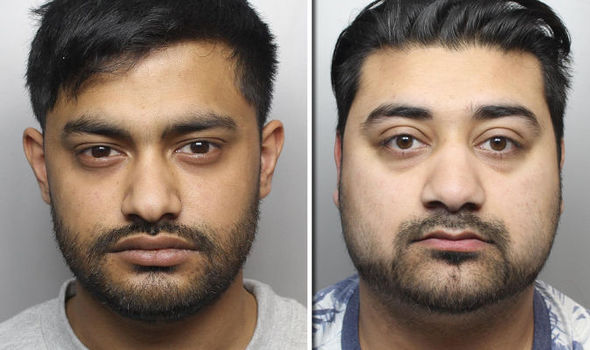 The pair have been sentenced to 14 years imprisonment

Ismail Ali, and Naheem Uddin, both 26, abused the child after picking her up in their car as they cruised a city centre looking for a victim.

The sickening rapists “behaved like animals” and ripped her jeans as they yanked them from her legs.

They took photographs of their victim while they abused her then threw her shoes and knickers from the bedroom window before leaving.

(This constant spate of brutal attacks on women and especially girls is an act of war. If we continue to pretend this is a criminal justice issue, we will lose our civilization and worse, as we are not even allowed to defend ourselves or our families.

If the government does not allow the natural right to defend your daughters from this kind of abuse, and if the government insists on importing people who do this and defend the ideology that motivates it, then people had best contrive a device from which they can derive permission to do that which has always been considered natural law.)

Thank you Tanya, M., Wrath of Khan, Richard, Xanthippa, and many many more.

There is still more in the pipes including what looks like a very interesting short video from France.