1, The media reports and the facts of the Czech Republic anti Islamic-State stunt of Aug. 21.

2. This is alleged to be a photo of muslims urinating on/in a Church in Munich. 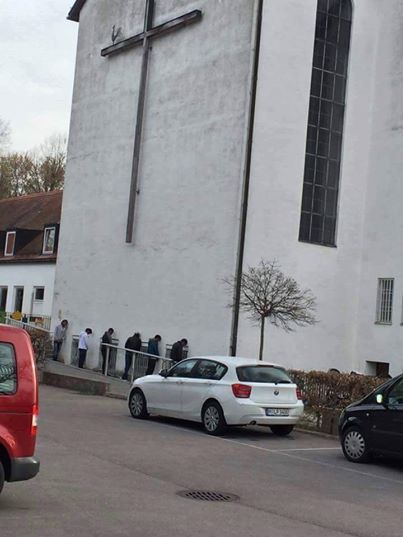 4. American University of Afghanistan shooting in Kabul sees several professors and hundreds of students trapped by gunfire and explosions

(That is a lot of well trained and well coordinated mental patients in Kabul. I hope all their victims who really are to blame have several pounds of spare Thorazine and similar antipsychotics to help those poor sick people shooting at them)

HUNDREDS of students are trapped after gunfire and explosions erupted at the American University in Kabul.

Witnesses report a fierce gun battle at the campus in Afghanistan’s capital.

Multiple militants are carrying out an assault on the university, during which several students have been killed.

One student inside the building said: “Several students been killed and injured; many students and professors are stuck.

3 Replies to “Prague Islamic State stunt falsely reported, American university under attack in Kabul and much more: Links 1 on Aug. 24 – 2016”