Al Jazeera reporters on scene minutes after a fatal crash of a Russian Heli. Russians wondering why.

The most creative explanation is at the Twitter link above: 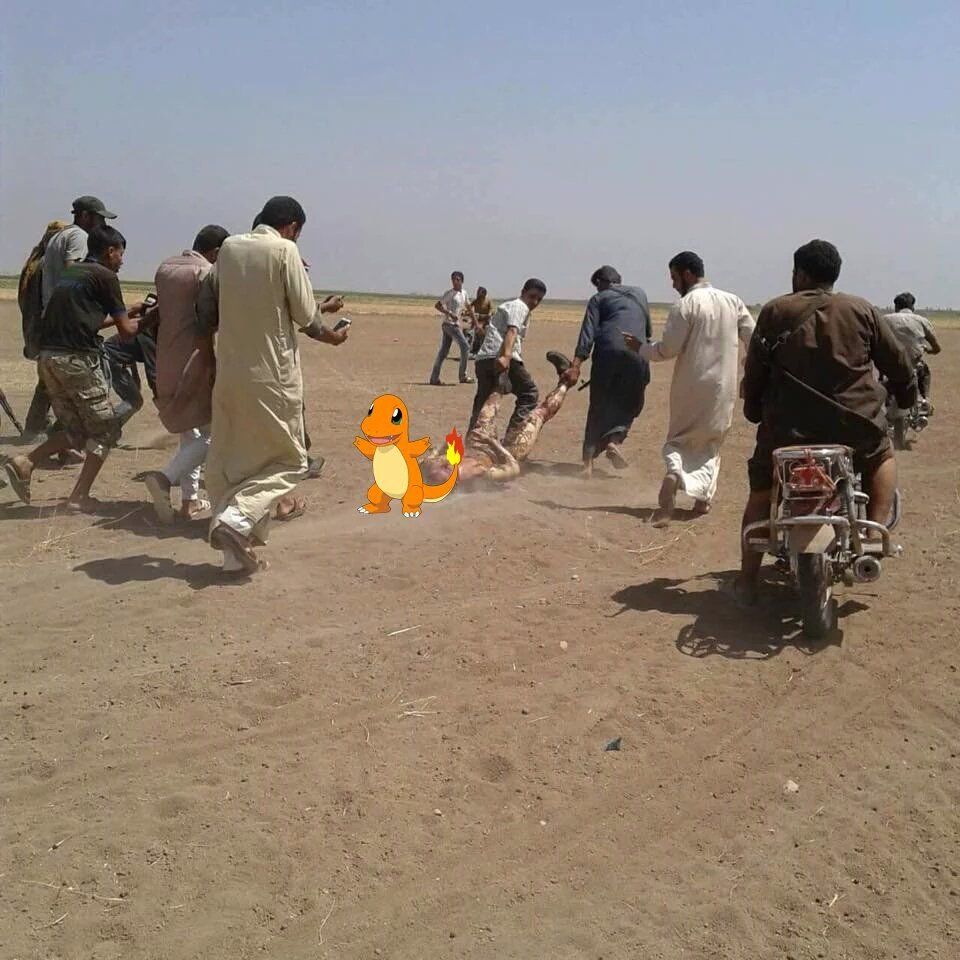 WARNING: Very disturbing video of the savages dragging a Russian helicopter crew member who’s clothes have burned off behind them chanting the only phrase muslims seem to know while he is followed by what I think are Al Jazeera reporters.