1, Istanbul to mark Ottoman conquest of city with grand ceremony

(For interested parties, now may be a good time to read Fjordman’s excellent essay on The Greeks, Islam, and the Scientific Revolution)

DHA photo Istanbul is set to mark the Ottoman conquest of Istanbul on its 563rd anniversary with a major event created by a grand team of 1,200, as expectations rise for the event, which is expected to attract 1 million spectators.

“A 563-men Mehter concert [an Ottoman military band], a show by the Turkish Air Force ‘Turkish Stars’ [the air force’s aerobatics team], special conquest celebration and a fireworks display will be performed for Istanbulites and the entire world through a live broadcast,” Istanbul Metropolitan Municipality said.

(I must look up the anniversary of the battle of Tours. It should be the occasion of a global party commemorating the defeat of advancing Islam that would have crushed Christendom altogether)
2. ISIS stone a 15-year-old Syrian boy to death for the ‘crime’ of being gay

Islamic extremists have stoned a 15-year-old boy in Syria to death for the ‘crime’ of being gay.

Crowds gathered in Mayadin, a city in the eastern Deir ez-Zor province, to watch the horrific execution.

The boy, Jamal Nassir al-Oujan, was arrested by the ISIS-led Islamic police on Sunday (22 May).

After a short trial, the Sharia Court found him ‘guilty’ of sodomy and ruled he should be killed by stoning.

3. Libyan soldiers who were jailed for sex attacks while training in Britain have their application for asylum thrown out by court

Three Libyan soldiers who applied for asylum after being jailed for a string of sex attacks on British women have had their ‘insulting’ applications rejected.

In a victory for common sense, the men – who were being trained here to help bring peace to their home country – have now been kicked out of the UK.

There was outrage last September when it emerged that Khaled El Azibi, 19 at the time, Ibrahim Naji El Maarfi, 21, and Mohammed Abdalsalam, 28, were seeking sanctuary despite their ‘despicable’ attacks. 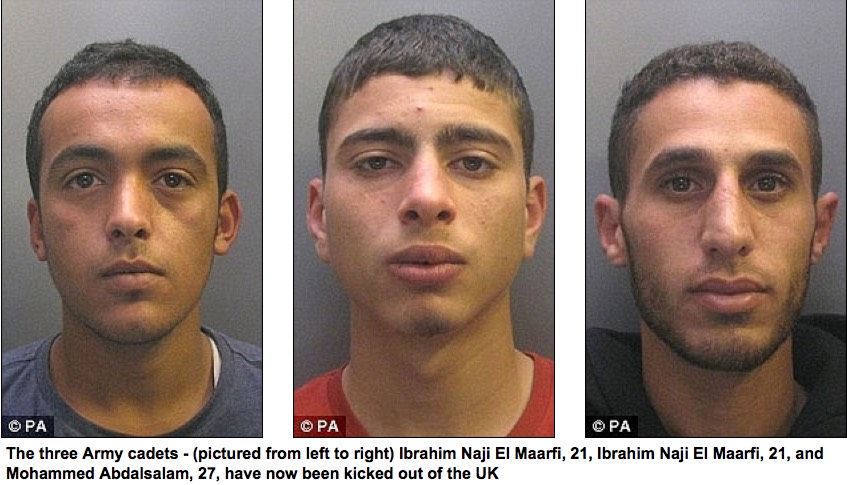 (I suggest watching more than once) 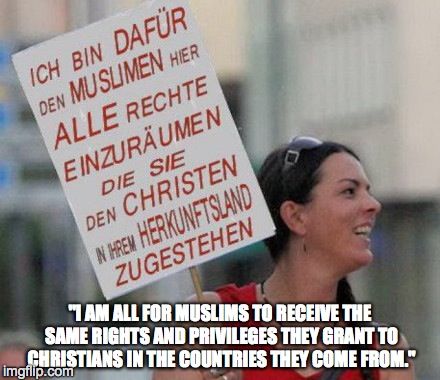