(He is still a bit of a moral relativist. But at least he pointed out that the US does not have a law like Germany does, banning criticism of a political figure. I wish he had pointed out that actually, that was the whole point of the 1st amendment and it is why the US  was the greatest country in the world till they started deconstructing that with the sophistry we know as ‘hate speech laws’.)

Lammert, a member of Chancellor Angela Merkel’s Christian Democrats (CDU), told the Süddeutsche Zeitung (SZ) that the development continued “a whole series of events with which Turkey is getting farther and farther away from our standards of democracy.”

Kerry revealed that the U.S. Fifth Fleet, whose headquarters are in Bahrain, and other international forces operating in the region had recently intercepted four ships ferrying weapons from Iran to the Houthi rebels in Yemen.2 Kerry asserted, “We will continue to push back against this kind of provocation in the region.”3 Jubeir again slammed Iran’s involvement in Yemen, interference in the affairs of other states in the region, and ongoing attempts to smuggle weapons into these countries.

4. Comedian Böhmermann to appeal against court injunction on Erdogan poem

Böhmermann’s lawyer Christian Schertz said on Wednesday that the Hamburg court’s decision to put a restriction on the poem was “blatantly wrong” and based on “technical errors.”

Schertz said he would file an appeal against the injunction and even push for a decision from the Constitutional Court. “You can’t cut up a painting and only allow parts of it to be shown,” he said.

If he failed to respect the injunction, Böhmermann would have to pay up to 250,000 euros or spend six months in jail.

5. Riots and Imam-o-lanterns continue in the Dutch town of Ede

Thank you M., Wrath of Khan, Xanthippa, Yucki, Roni S., and many more. 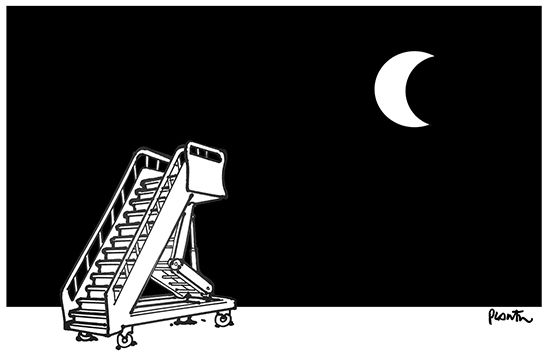 12 Replies to “Totalitarian Islam and leftism in ascendance. This is actually happening. Links 2 on May 19 – 2016”