1. Officials: Over 4, 000 migrants rescued off Sicily since Sunday

2. Greek port overflows with migrants where SIX THOUSAND are now forced to sleep on top of one another at ferry terminal as number of daily arrivals jumps

Arrivals of refugees and migrants to Greece from Turkey rose sharply today just days after the European Union and Turkey struck a deal intended to cut off the flow of new arrivals.

Greek authorities recorded 766 new arrivals in the last 24 hours, up from 192 the previous day. Most arrived on the northeastern Aegean island of Lesbos.

Italy reported an even larger jump in arrivals yesterday, when officials there said 1,350 people were rescued from boats taking the longer migration route over the Mediterranean as the weather warmed up. 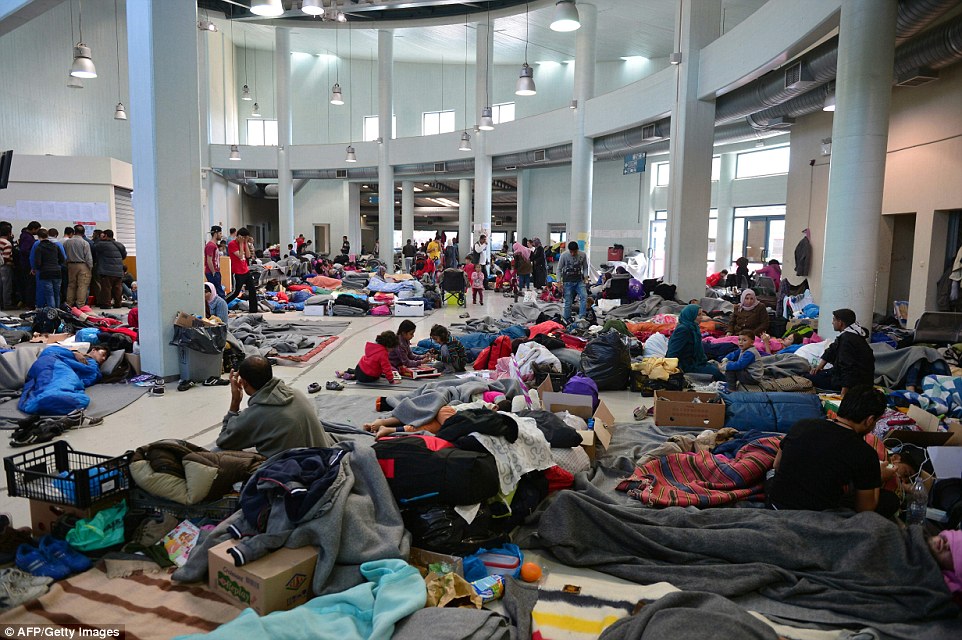 Staggering: Nearly 6,000 people remain stuck at the country’s biggest port of Piraeus port near Athens, having arrived there on ferries from Greek islands close to Turkey before the deal

3. There seems to be a lot more to the story about the group of middle eastern men shouting allah ackbar and shooting up the California desert

4. Some nations do not recognize the liberation of the ruins at Palmyra

(I think its easy to tell who isn’t serious about fighting the Islamic State. One way to tell, is if the country’s leaders refer to it as “ISIL”, “ISIS” or “Daesh” instead of what it is. The Islamic State.

5. A couple of great excerpts from a Paul Weston speech for ACT For an America chapter on his US tour recently.

6. Imminent plot to attack Paris thwarted as man with “unprecedented amount of weapons and explosives” is arrested

Thank you Wrath of Khan, Xanthippa, M., Gates of Vienna, Richard, and all who sent in materials. Much more still in the queue.