Windsor police are looking into allegations that an Arabic-language newspaper in Windsor promoted radicalization by referring to recent knife attacks in Israel as a “sacred duty of jihad.”

B’nai Brith Canada, the oldest Jewish human rights organization in the country, has posted a notice on its website condemning an editorial in the October-November issue of Al Forqan as “directly contributing to the radicalization of Canadian youth by glamorizing murder as a sacred religious duty.”

But Mohammed Khalifeh, the Al Forqan editor that B’nai Brith lists as the author of the editorial, says the Jewish organization interpreted the words incorrectly.

“That’s not correct,” Khalifeh told the Star. “It wasn’t said in that phrase. The editorial was saying we support Palestinians resisting the Israeli occupation. That’s the main thing.

“We do not support any terrorist act. And we try to stand against all extremism, especially in the Middle East, like ISIS and al-Qaida and all those kinds of groups.

2. Trudeau’s greeting on Easter pales in comparison to his greetings on Muslim holidays

“This weekend, millions of Canadians and people around the world will join with friends and family to celebrate the Easter holiday. Easter is the holiest of Christian holidays, and marks the death and resurrection of Jesus Christ.

“It is a sacred time for many, and an opportunity for us all to extend a helping hand to those in need, and to reflect on the notions of personal sacrifice and compassion that underlie the occasion. As we gather with those most important to us, let us put into practice what it truly means to love our neighbours as ourselves.

“On behalf of our family, Sophie and I wish all those celebrating a very happy Easter. We hope all Canadians, no matter their faith, find this a time of optimism, renewal, and new beginnings.”

The following are excerpts from Trudeau’s greetings on Muslim holidays:

Eid al-Adha(September 24, 2015): “To mark this special occasion, they will attend morning prayers, share meals, and exchange gifts and greetings with family, friends, and neighbours. Based on the principles of sacrifice and charity, generosity and compassion, it is an opportunity for us all to reflect on these values, which unite all Canadians.”

Eid al-Adha(October 3, 2014): “This occasion allows for reflection on the importance of sacrifice and charity. Friends and family will gather for gift-giving to those less fortunate, and many Muslims around the world will undertake the Hajj. Eid al-Adha is an opportunity for prayer, forgiveness, and celebration. It is on days like today that we are reminded of the values that bring all Canadians together – those of peace, compassion, family, and friendship.”

Eid al-Adha(October 15, 2013): “Through morning prayer, the exchange of greetings and gifts with loved ones, and partaking in charitable acts, those observing Eid al-Adha reflect the values that bring all Canadians together – those of peace, altruism, family and friendship.”

(Click over to the link @#2 for the full set of Christian Vs. Muslim greetings)

3. Belgian film-maker is charged with ‘terrorist murder’: But is he the Man in White seen at Brussels airport with two suicide bombers?

Belgian prosecutors have arrested and charged a new suspect in the investigation into the Brussels terror attacks.

The federal prosecutor’s office said in a statement today that a man identified as Faycal Cheffou, was one of six men detained in a police raid on Thursday. 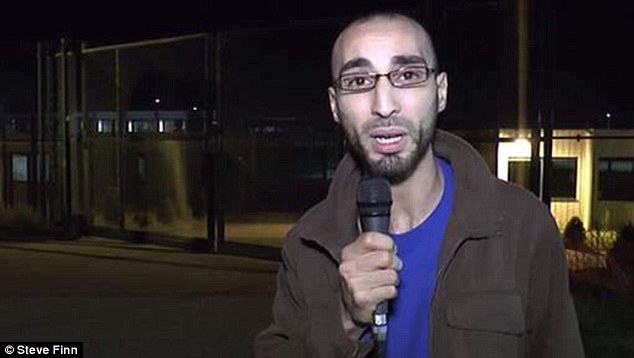 4. Muslim offers $10,000 to anyone who shows Qur’an promotes terrorism

(Robert Spencer is already looking at a new used car. However we all know that the challenger will have a classic tautological escape clause. The Muslims use ‘terror’ and ‘innocent’ as terms of art. Innocent means a Muslim and a non-Muslim cannot be innocent. Terrorism cannot mean jihad and they said so in the Cairo declaration of human rights in islam submitted by the OIC and so thats a legal brief and there ya go! So jihad cannot be terror and koran only supports jihad. QED! No car for you Bob!)

5. Here is a large group of people who need to be encouraged to move to any muslim country of their choice.

6. In Donald Trump’s Worldview, America Comes First, and Everybody Else Pays

Donald J. Trump, the Republican presidential front-runner, said that if elected, he might halt purchases of oil from Saudi Arabia and other Arab allies unless they commit ground troops to the fight against the Islamic State or “substantially reimburse” the United States for combating the militant group, which threatens their stability.

“If Saudi Arabia was without the cloak of American protection,” Mr. Trump said during a 100-minute interview on foreign policy, spread over two phone calls on Friday, “I don’t think it would be around.”

He also said he would be open to allowing Japan and South Korea to build their own nuclear arsenals rather than depend on the American nuclear umbrella for their protection against North Korea and China. If the United States “keeps on its path, its current path of weakness, they’re going to want to have that anyway, with or without me discussing it,” Mr. Trump said.

(This kind of stark reasonableness has become so very rare, reading it is like getting a brain massage. The lack of cognative dissonance alone compared to the insanity we have been fed by the Obamas and Trudeaus and Merkels of this world. “The books balance themselves” Islam has nothing to do with Islamic Jihad” (paraphrase)  etc. etc. etc.)

BRAMPTON—The day after he was arrested by RCMP anti-terrorism police, a 23-year-old appeared in court Saturday to face weapons charges and allegations he was preparing to leave Canada to engage in terrorism.

“He was arrested in Waterloo,” said RCMP Superintendent Lise Crouch, the Assistant Criminal Operations Officer in Ontario. “It’s a file that we’ve been working on for some time.”

Mohamed has been charged with possession of a dangerous weapon and carrying a concealed weapon — apparently a knife. Testifying in Brampton, Sgt. Adam MacIntosh told a provincial court judge the investigation was also probing five anti-terrorism offenses.

Possibly his photograph but not sure: 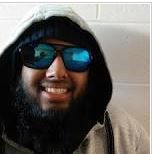 Another social media site it looks like he maintained

Interview with Lawyer. I wonder what the lawyer’s values are. No real reason.

8. Analysis of the murdered muslim in Glasgow for wishing the kufar a happy easter.

9. Donald Trump Says Muslims Are Protecting Each Other

Thank you Kathy, Johnny U., M., Richard, Buck, Wrath of Khan, and many many more. Lots of comments. Way behind but will be posting Orban in Polish soon!

Thank you again to all the people sending in links and translations. Its starting to really matter. A lot.

One Reply to “Trump states the obvious. Yet is the only one. More arrests of religious muslims planning or doing jihad. Links 1 on March 26 – 2016”