1. Officials: ISIS threat in Europe greater than once thought

(By who I wonder? Not by anyone who reads this or similar sites, and not by ANYONE who did 45 minutes research on the facts of the current hijra into Europe. So who exactly, finds the threat greater than “once thought”?

2. Commies in Buenos Aires too stupid to recognize own leader, protest him and burn flags instead

(If there is anything Muslim learned from Western leftists, its the intellectual slight of hand of false moral equivalence)

Mazin AbdulAdhim, a prominent Canadian Imam of Iraqi descent who is affiliated with the radical Islamic global movement of Hizb ut-Tahrir, slams the Western media for its “biased” coverage of ISIS attacks in Brussels, Belgium.

“The media in the world today belongs to the colonialist West. Only their people’s lives have a value to it, only their property have a value to them, and only their lands should be protected and immune to attack,” wrote Mazin AbdulAdhim on his Facebook page on March 23, 2016.

He added, “Muslims can be bombed daily, and thousands can die daily, and a thousand airports can be turned to rubble, and it wouldn’t matter to the global media, because the colonialists own every major media outlet globally, and Muslims are nothing more than rebellious slaves – and an opponent and an enemy – to the colonialists, and neither a friend nor an ally.”

4. IS group video calls for ‘jihad’ after Brussels blasts

Islamic State (IS) group released a video on social media on Thursday calling on its followers to claim victory and wage ‘jihad’ after deadly blasts in Brussels this week that the group said it had carried out.

Seven Iranian computer experts linked to the government in Tehran were charged Thursday with cyber attacks against American banks and a dam in New York.

The FBI released mug shots of the alleged hackers named in the indictment as the charges were announced at a news conference in Washington, D.C.

They worked for private security companies that have performed work for the Iranian government, including the Islamic Revolutionary Guard, officials said. But U.S. officials stopped short of accusing Iranian authorities or intelligence of being behind the attacks.

FBI Director James Comey said the suspects may be out of reach while they are in Iran — but the indictments should have them looking over their shoulder if they travel.

6. Emory University president says students are scared and ‘in pain’ after someone wrote ‘Trump 2016’ in chalk on campus 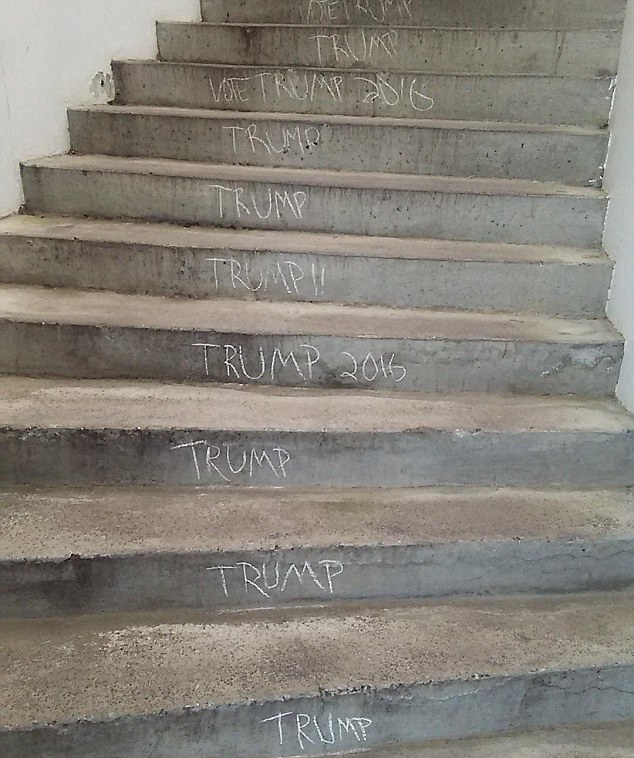 Students at Emory University claim they were frightened and ‘in pain’ after someone wrote ‘Trump 2016′ in chalk around campus.

Officials at the Atlanta school, which has an enrollment of more than 14,000, were forced to act after the youngsters claimed their ‘safe space’ was violated when the messages of ‘hate’ appeared on sidewalks and buildings.

One student even said she ‘feared for her life’ as she thought a ‘KKK rally’ was going on, while others were scared a mass shooting was going to take place and wouldn’t walk alone.

Jim Wagner, president of the 19th century establishment, wrote Tuesday that the students viewed the scrawling as intimidation, and they voiced ‘genuine concern and pain’ as a result.

He set up an investigation after members of the student government wrote to him and slammed the university’s response, prompting a meeting that was shrouded in protests.

(How long till its an actual ‘hate-crime’ to support a presidential candidate that is not a full blown communist or Muslim? I’m guessing a few months)

The significant European German Language Website, PI News, has translated and posted our article, ‘The Acid Test’ to their site. Those who speak German or know Germans who may find it a valuable read may wish to send them the link.

The Innocence of Barack Obama 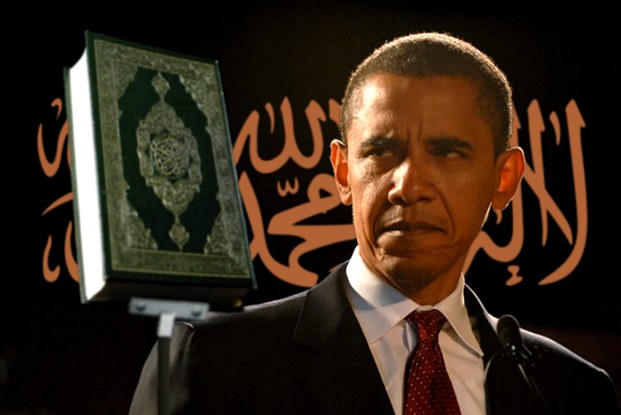 Well worth reading from the Caveat to the data.