1. LEAD ORGANIZER Who Shut Down Hwy to TRUMP RALLY Is “Soros Fellow” from New Orleans 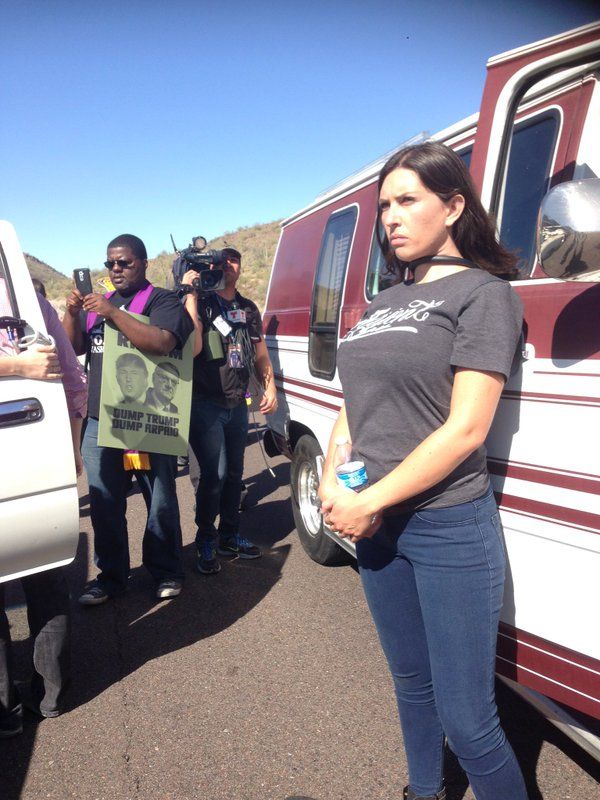 The chairman of Smartmatic’s board, Lord Mark Malloch-Brown, currently serves on the board of George Soros’s Open Society Foundation and has close ties to the billionaire.

3. Trump under attack by 187 organizations directly funded by George Soros

There have been many articles written about George Soros and his collectivist activism. Soros is a business magnate, investor, philanthropist, and author who is of Jewish-Hungarian ancestry and holds dual citizenship. He is chairman of Soros Fund Management. Discover the Networks has published a comprehensive list of organizations funded by Soros and his Open Society Institute.

Some of these groups have actively opposed Donald Trump for president and may be part of the recent levels of violence and chaos seen at his rallies. Many of the groups favor: open borders, amnesty, giving illegals voting rights, Muslim migration and social justice.

You may learn more about Soros and his causes from these two articles:

Thank you Dan F. Richard, M., and all who sent in these and many more.

I would like to use this opportunity to talk about policy, such as it is, here at this site.

I am not an American although I have a deep and rooted love for the US constitution and the principles upon which it was built. Also for the USA as probably the greatest source of good in the history of the world until Obama and I really mean that. That fact that it isn’t perfect does not undo the good it does and did.

Even so I am reluctant to endorse any candidate because I am not American and any consequences felt from the choices by the people of the USA are not mine and even the ones I will feel due to US foreign policy, and Obama has made many decisions that negatively impact Canada, still do not give me the right to try and use any influence I may have.

When Bush was president, George W. I mean, I remember arguing with people that viscerally hated him. They called it, ‘Bush Derangement Syndrome” and that was a good name for it. I spent a part of nearly every day arguing with someone, American or Canadian, refuting nonsense that was fabricated about Bush, or chains of extremely bad reasoning that attacked Bush from a misinterpreted fact.

Much of this thinking came from pop-culture and sociopathic opportunists like Michael Moore.

Rarely, some frustrated opponent would break down and say something like:

And I would thank them for the question and say: “I don’t love Bush. Its just that you are arguing from pure fiction. Only once have I managed to speak to someone who didn’t lik Bush for things he actually did. One of them was a Wall Street guy and another a high powered NYC lawyer. The rest used made-up stuff and spat it out into an echo chamber. No one ever asked me what I thought of Bush. If they did, I would have my own list of concerns and questions. Eminent Domain being one of them. Something Trump may well use to a whole new order of magnitude.

But the same goes for Trump. the Alynskyites, the useful idiots and the people on Soros’ payroll are spewing vitriol and childish foaming hatred onto Trump and all his supporters and over pure fictions. And so once again, I will appear to be some Trump loving acolyte defending Trump against each thrown rock. In fact the rocks will hit and they will do damage but they are launched on a totally false basis. Tactics. Optics. The fact that calling people racist when really you just don’t agree with their policies, has worked consistently till now. But they may not work against Trump. And the blow back might actually be what these communists and Muslims deserve. But either way, please know that this, my second Trump post I believe, is not an endorsement. I have no right to that as I said.

This is just about opposing the useful idiots and the hate filled, and hate fueled Soros funded Islamophiles and their attempt to deconstruct our genuinely liberal society.