1. Private school placed on lockdown after a man wearing a balaclava and carrying two machetes was found outside

A man wearing a balaclava and carrying two meat cleavers has been arrested after roaming the streets near a private school in Glasgow.

Parents taking their children to St Aloysius’ College were told to stay inside while police pursued the man.

Janitors from the school are understood to have chased the man down the street and helped catch him.

There were reports the man threatened a lollipop man and tried to attack a caretaker at the nearby Glasgow School of Art that was badly damaged by a fire two years ago. 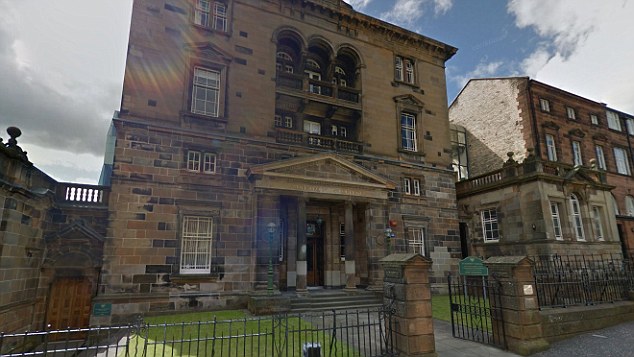 Parent Michael Brett told STV News he and his two children were ‘ushered into the school’ by concerned teachers.

He said: ‘He was roaming the streets. Some of the parents taking their kids to the same school as my kids saw what was happening and alerted the police and the school.

(And with all those witnesses none of them saw what he looks like and none of them heard him yelling anything in Arabic. Stunning. I have a few guesses)

Oh! Turns out the BBC covered it once he was arrested. Mohammed something or other.

2. Fake Ottawa Cabbie rapes woman on weekend. Asian with a round face. That is all.

3. This Brian Lilley report is worth watching al through. His guest’s point about the use of the mentally ill to cover for jihad is disgusting and preying on the most vulnerable. It is casting the net deliberately on the wrong and weak people to cover for the brutal and the savage.

5. CIJA disappointed by decision to not renew the Office of Religious Freedom

(Interesting. In Janissary Trudeau’s spendathon since he took office, something like 20 million of it on his home renovations, he elected to not renew a cheap program intended to guarantee religious freedom. This likely means it was one of the very few, if not the only, ‘multi-faith’ outfit that wasn’t actually a one way bridge for inculcation of Islam into non-muslim societies)

The federal government voted on Monday, March 21, 2016 against a motion in the House of Commons to renew the mandate of the Office of Religious Freedom which was established by the former Conservative government under the leadership of Prime Minister Harper.

In addressing the issue, Foreign Affairs Minister Stéphane Dion confirmed that, while the government will continue to defend and promote religious freedom as a part of its human rights agenda, the Office’s mandate will expire on March 31st.

In response, David J. Cape, Chair of the Centre for Israel and Jewish Affairs (CIJA), issued the following statement:

“We are disappointed that the mandate of the Office of Religious Freedom will not be renewed. Operating on a relatively modest budget, the Office established a number of practical initiatives to help protect at-risk communities and strengthen Canada’s role as a leading voice for human rights. We also note that the Office was instrumental in uniting diverse religious communities in Canada – including Jews, Christians, Muslims and Sikhs, among others – to work together as partners in this vital cause.

6. Sinister and Dangerous: The Stealth Supremacism of Maajid Nawaz

As a follow-up to his previous post, Vikram Chatterjee provides further insights into the stealth jihad being waged by the prominent “moderate Muslim” Maajid Nawaz.

Update: This article has been cross-posted at Vikram Chatterjee’s blog. 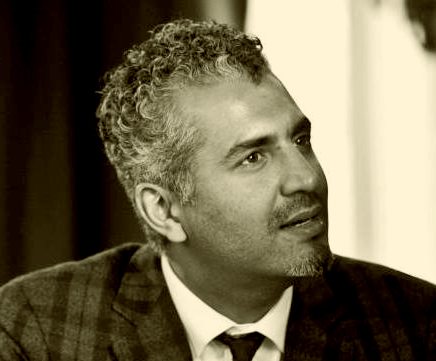 Sinister and Dangerous: The Stealth Supremacism of Maajid Nawaz

In December of last year, Gates of Vienna published my article “Maajid Nawaz: Stealth Jihadist Exposed”, which showed how Nawaz dissimulated about key Islamic doctrines in his book with Sam Harris, Islam and the Future of Tolerance: A Dialogue, and how he had deployed threatening, jihad-tinged language against Tommy Robinson. In the book, Nawaz buried the truth about: the reasons for Sayyid Qutb’s execution, the practice of taqiyya[1], the meaning of ijtihad and its status in Islam, the existence of a Sunni clergy (the ulama), and the permissibility of eating bacon in Islam, which Muslims can do, if darura, or necessity, dictates.

Alas, my article appears to have had nothing of its intended effect. Nawaz is still parading around on television and in the news media, posing as a liberal. Those who read Counterjihad sites like Gates of Vienna, Counter Jihad Report, Vlad Tepes Blog and the like saw the article, but journalism of this kind appears to be automatically confined to some taboo fringe of Western politics. It is deemed racist to bring an understanding of Islam to journalism and political commentary, and thus, Gates of Vienna articles go unnoticed, the truths they tell unknown. The rest of the Western political sphere chatters on in ignorance. They prate, and they prattle, and all the while Islam marches on.

Because of this disappointing result, and in the interests of keeping this story afloat, I would like to offer some additional analysis of Nawaz, in order to sharpen up our picture of how he is deceiving people.

(Please click through for the rest at Gates of Vienna)

7. Serious amount of danger to Europe came in with migrants

Crime has been rife for years at Alexanderplatz, Berlin’s busiest public space and home to the German capital’s world-famous TV tower. And despite increased police presence, officers have been unable to get a grip on the situation.

Figures released to Berlin city representative Tom Schreiber of the centre-left Social Democratic Party (SPD) show that the number of violent offences at Alex – as it’s fondly known to Berliners – remained stuck at around 600 per year between 2011 and 2015.

“Although there are more officers and they are probably working overtime, I think the staff are overwhelmed with the situation,” Schreiber told The Local.

Ever since 20-year-old Johnny K. was beaten to death by 6 men in October 2012, an extra police team has been in place to watch over the tourist, shopping and travel nexus in the former East of the city.

But the report from the city government’s Interior department shows that while crime was relatively low in early 2015, there were a total of 597 acts of violence by the end of the year.

9. Illegal immigrant who murdered his wife by pouring white spirit over her and setting her on FIRE while they were decorating their bathroom has been jailed for life 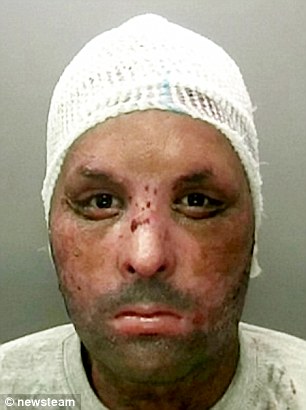 An illegal immigrant who murdered his wife by dousing her with white spirit and setting her on fire has been jailed for life.

Muhammed Hammad, 30, carried out the brutal killing of Nazia Akhtar, 31, following an argument at their home in Birmingham on April 25 last year.

Hammad was sentenced to life in prison, and will serve a minimum of 25 years, after being found guilty of her murder at Birmingham Crown Court.

The court heard how the attack took place after Ms Akhtar threatened to leave her husband because his ‘controlling’ ways had become too much to bear.

The couple met in 2013 and married the year after, but Ms Akhtar had soon threatened to divorce.

She claimed Pakistani-born Hammad, who was in the country illegally, had only married her to get a British visa.

On the day of the attack, Ms Akhtar said she had asked her husband to leave their flat, which resulted in him furiously throwing the white spirit and calling her a ‘fat ugly cow.’

In order to cover his tracks and make it look like an accident, Muhammad then poured the flammable liquid over himself and set himself on fire.

Both were taken to Birmingham’s Queen Elizabeth Hospital and placed into induced comas but sadly Ms Akhtar died of her injuries on June 12.

The dedicated care worker had suffered 60 per cent burns to her face, ears, neck body, arm and leg.

Thank you M., Richard, Wrath of Khan, Richard, Buck, and many many more who have sent in an unusually rich tranche of links even by this site’s standards today. Those interested in staying on top of the rapidly changing geopolitical landscape of the Western world are well advised to read the various opeds and news stories in today’s Daily Links Post. I think it would be considerably better than reading STRATFOR and infinitely cheaper.

More to come including Orban in Romanian and French!

One Reply to “Islam is petty much the Midas touch for Europe but exactly backwards: Links 2 on March 21 – 2016”