1. Interesting moment in the European Parliament 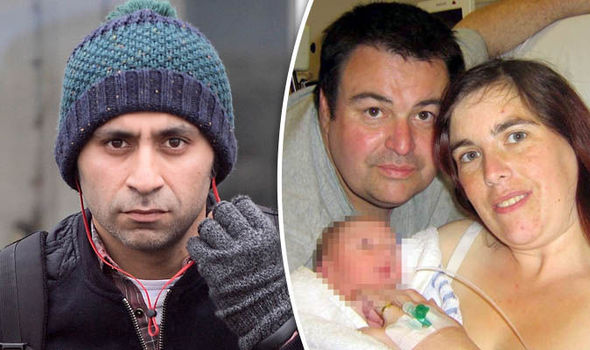 Sajid Hussain, 36, nodded off behind the wheel moments before he ploughed into David Hinton, 47, as he strapped his baby into a child car seat.

Mr Hinton’s wife and two of their young children, aged two and five, were treated for minor injuries and shock after the fatal collision.

Two teenage girls suspected of plotting an attack against a Parisian concert hall have been arrested and presented to an anti-terrorism judge, Paris prosecutors said Friday.

The Paris prosecutors’ office confirmed in a message to the AP that the girls aged 15 and 17 were arrested Wednesday by counterterrorism agents as part of an investigation for criminal conspiracy in connection with a terrorist enterprise that had been opened a day before.

6. No space for Allah as German unis close prayer rooms

Three leading German universities have closed down pray rooms used by Muslims, sparking accusations they are singling Muslims out for unfair treatment.

“Practising Muslims will find a way to pray one way or another and they’ll find a place,” Ender Cetin, chairman at the Sehitlik Mosque in Berlin, told The Local.

If the mosque is too far away, they’ll find a corner to do it in, he says.

“You easily feel discriminated against by people if they don’t talk to you and then say, ‘you can’t practice your religion as you are used to’,” Cetin warns.

“One doesn’t need to be a prayer room only for Muslims. A common prayer room is a good idea for everyone’s wellness.”

(Contrast this with Canadian universities now segregating women at lectures)

CHICAGO –  Republican presidential candidate Donald Trump canceled one of his signature rallies Friday, saying he didn’t want to see “people get hurt” after protesters packed into the Chicago arena where it was to take place.

The announcement that the billionaire businessman would postpone the rally until another day led a large portion of the crowd inside the University of Illinois at Chicago Pavilion to break out into raucous cheers. Meanwhile, supporters of the candidate started chanting “We want Trump! We want Trump!”

There were isolated physical confrontations between some members of the crowd after the event was canceled.

Thank you CB Sashenka, M., Wrath of Khan, Richard, Maria J., Kathy and many more. Its getting really very unpleasant out there all over. Lots more on the particulars of that soon.