A PHYSICS student accused of plotting drive-by shootings of servicemen used the murder of aid worker Alan Henning to justify his plans under Sharia law, a court heard. 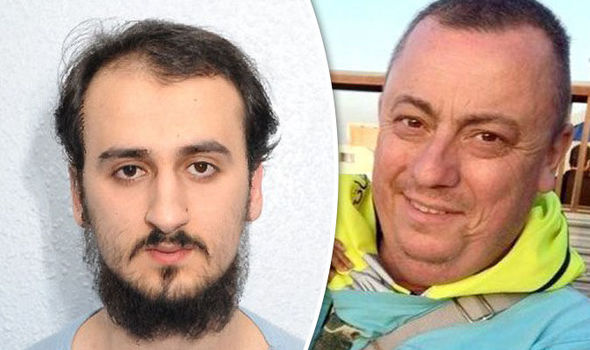 Nathan Cuffy, 26, Nyall Hamlett, 25, and Suhaib Majeed, 21, from west London, are on trial at the Old Bailey for allegedly planning to kill soldiers, police officers and civilians in a series of attacks.

Majeed, 21, a former chairman of the King’s College Islamic Society, said references to Mr Henning were just “heated debate” about the legitimacy of Islamic State (ISIS).

2. Two 10-year-old schoolgirls molested and a woman’s trousers ripped off: Inside the sleepy Swedish town rocked by EIGHT sex attacks in three weeks by migrant men

The streets are deserted after dark in a sleepy Swedish town which is a now no-go zone for women after eight sex attacks in three weeks.

Women have been warned by police not to walk alone at night after the once peaceful town of Östersund was shaken to its core by a string of vicious attacks on females and even children by groups of young men of ‘foreign origin’.

First, two 10-year-old girls were groped at a bus stop by a gang of men who threatened to rape them.

The following day, a woman told police she was punched in the face, splitting her eyebrow, by a man who threatened to kill her after he made a rude comment to her.

Just five days later a woman walking on her own was attacked by three men, beaten and pushed to the ground.

They held her down and forced their fingers into her mouth while saying offensive, sexual words to her.

And in the latest incident just five days ago, a woman had to use martial arts to elbow her would-be rapist in the head and escape after three men surrounded her and punched to the ground and tried to pull her trousers down.

Police in Östersund, with a population of 45,000, say they have never seen anything like this before.

They took the unprecedented move of calling a press conference on Monday to warn women to stay indoors.

Stephen Jerand, the county police commissioner, admitted police in the town are struggling to cope – adding that the surge in attacks ‘seem unreal’.

He told MailOnline: ‘We called the press meeting this Monday because we have seen an accelerating development here.

3. FBI could force us to turn on iPhone cameras and microphones, says Apple

If the FBI wins in its case against Apple to help it unlock the San Bernardino killer’s iPhone 5C, it won’t be long before the government forces Apple to turn on users’ iPhone cameras and microphones to spy on them, according to the company’s head of services Eddy Cue.

The FBI has demanded that Apple creates custom software that bypasses certain security features of the company’s iOS to allow law enforcement to brute force the passcode of the gunman’s iPhone 5C.

But according to Apple, making the modifications necessary in this case would set a dangerous precedent in offering backdoors into users’ smartphones.

6. Gender segregation at a Muslim-sponsored university event in Canada

Reader Darryl Gwynne described an incident he experienced at his university in Canada, and I asked him to write a brief account of it for me. So here it is. I’ve added a photo to supplement the one Darryl links to below.

Segregation by gender at a University of Toronto event

So it’s 2016 in Canada. Several students and I turn up at a public ‘science’ seminar where we are astonished to see that men and women are being seated on opposite sides of our campus lecture hall. Segregation began at the entrance when ticket-takers directed the women from our group through a separate door, but was further enforced inside; after we had taken seats with the ‘sisters,’ the males in our group were twice asked to move over with the ‘brothers’ (the second time by the speaker himself). We refused. The January 8th event – God Is Not Dead: Science and Atheism in Islam – was co-hosted by our (University of Toronto-Mississauga) Muslim Students Association and Ilmster Seminars.

(The above article is extremely important. It shows perfectly why the UK’s nonsense about not allowing sharia is exactly that. It is enforced as we see in this example from Toronto Canada. If we import Muslims, we will get sharia law. Culture and values are not accidents of longitude)

9. Tunisia builds barrier on border with Libya to keep jihadists out

(Apparently only Israel is not allowed to do that)

Thank you M., Wrath of Khan, Richard, Maria J. and many more. (Starting to catch up!)

A comment was posted today offering Islamic scriptural support for Donald Trump’s position. Worth a look.