1. Bid to ban Muslims from replacing UK law with Sharia courts to be put before MPs TODAY

(The word ‘populist’ is often used as a pejorative to mean a politician that does something the people want that the media doesn’t agree with. This however would be a better example of it in action as sharia will be implemented by the millions of Muslim thugs the UK nurses in its bosom no matter what piece of paper gets signed at Whitehall. This is just a mild anesthetic and a placebo at that) 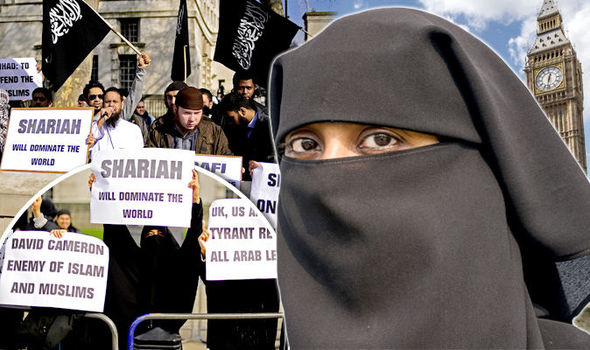 A private members bill due to be voted on today would stop religious organisations from pretending to be able to act as a court when they have no legal.

Arbitration and Mediation Services (Equality) Bill, first introduced by Baroness Caroline Cox, which has already been passed in the Lords, will also force them to stop discriminating against women.

2. US Official: Iran Responsible for Cyberattack at NY Dam

A probe by the Justice Department has determined that Iran was responsible for a 2013 cyberattack on a dam in the suburbs outside of New York City, and an indictment is expected soon, a U.S. official told The Associated Press Thursday.

The official, who was briefed on the investigation, spoke to the AP on condition of anonymity because the official was not authorized to speak publicly about the ongoing criminal investigation.

In 2013, hackers accessed the control system at the Bowman Avenue Dam, a small structure in Rye Brook, about 20 miles north of New York City, that’s used for flood control.

The intrusion allowed the hackers to probe the system, prompting a federal investigation.

3. Muslim woman who refused to remove her burka to testify against man accused of abusing her is warned by German judge SHE will be jailed if she does not comply 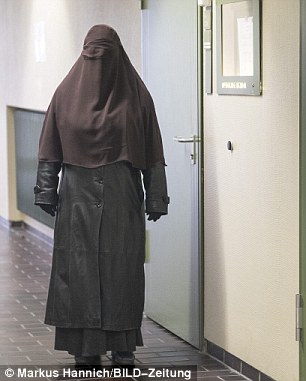 A Muslim woman who refused to remove her burka to testify against a man accused of abusing her has been warned by a German judge she will be jailed if she does not comply.

Amira Behari, 43, refused to reveal her face at the State Court in Munich last year when she appeared to testify against a man who allegedly abused her in a train station.

The man, identified only as Kai.O, allegedly called her an ‘a******e’ and told her to ‘go back to where you belong.’

Judge Thomas Mueller said at the original hearing in November he wanted to see her face to ‘read her emotions,’ adding: ‘I need to see you otherwise there will be considerable problems in adjudicating your case.’

Behari refused, saying: ‘I have a God at the end of the world who will see me right at the end. I will not do this.’

In court she wore a niqab, which is an ultra-burka with only a gap for the eyes. She also wore gloves and a long leather coat.

4. Cambridge college bans ‘Around the World in 80 Days’ themed event for fear it could cause offence

(‘Cultural appropriation’. The next phase of the Marxist attack on Classical civilization)

Student leaders at a Cambridge college have sparked debate over its decision to cancel an event themed ‘Around the World In 80 Days’ event – for fear it could cause offence.

The Junior Parlour Committee (JPC) at Pembroke College broke the news in an email, after which “anger erupted” on Facebook, reports The Tab, as students debated the change of the theme of the event known as the ‘bop’.

In the email, the JPC said it had “discussed the matter at length,” adding: “The JPC have decided that the most appropriate action is to break with the tradition of reusing finalists’ first year BOP theme, in their end of Lent term third year BOP.

“Instead we are using an alternative theme, to avoid the potential for offense to be caused by the theme ‘Around the World in 80 Days’.” […] Other students in the group, reported Ms WijetilakaIn, said that, instead of the theme being seen as “inappropriate and racist,” the JPC should have, in fact, seen it as a way to “appreciate a diversity of cultures.”

(CNN)In a jarring video that surfaced this week, several foreigners plead for their countries to pay ransom to the Abu Sayyaf Islamist group to secure their release — or else, they say, they’ll be killed in a month.

Two men speaking on the video said they were hostages and Canadian citizens. One said he was “being held by Abu Sayyaf for ransom,” although he didn’t know how much.

(I could swear that the Philippines had signed peace deals with two groups of Muslim terrorist in recent history. Maybe lead is better than graphite after all)

Foreign journalists are paying 20 euros to refugees to lie on the shores and pretend that they have drowned, says Bishop of Kos, Nisyros Nathanael, to the Greek newspaper Greek Reporter.

The unusual testimony was made during a radio interview on the local radio station Alpha 98,9, the newspaper reports.

“I saw it with my own eyes that foreign TV journalists paid refugees 20 euros to play victims of drowning,” said the bishop.

Obama and Netanyahu
GPO and Reuters

Details of a tense meeting between US President Barack Obama and Israeli Prime Minister Binyamin Netanyahu have been revealed for the first time, shedding further light on the fraught relationship between the two leaders.

Tensions between the two leaders over major policies, from the peace process with the Palestinian Authority to the nuclear deal with Iran and beyond, have been a feature of their relationship since Obama took office – as have the occasional displays of apparent personal dislike.

But in an interview with veteran American journalist Jeffrey Goldberg for The Atlantic, Obama described one particularly charged meeting in which Netanyahu “launched into something of a lecture about the dangers of the brutal region in which he lives,” i.e. the Middle East.

The Muslim Brotherhood Terrorist Designation Act now has bipartisan support with Representative Colin C. Peterson (D-MN) cosponsoring the legislation. It is now backed by 48 congressmen and senators and the House version was passed by the Judiciary Committee on February 24.

The Clarion Project thanks all our readers who responded to our request to contact their congressmen and Senators to ask for position statements and to facilitate briefings for their staff.

See below for a lists of members of Congress who have endorsed the legislation, those who have declared opposition to it and those on the Senate Foreign Relations Committee who have yet to take a position.

If passed, the legislation would state that Congress believes that the Muslim Brotherhood meets the criteria of a Foreign Terrorist Organization under section 219 of the Immigration and Nationality Act (8 U.S.C. 1189).

10. Florida Gov. has media ‘deplatform him’ when he refused to condemn Trump’s statement on Islam hating America

(One can hear the contempt coming from the interviewer)

Here are a couple of items pertaining to the remarks by Turkish Sultan, Erdogan.

In Islamic societies as a rule, women are ignored unless they trumpet the message of Islam

The wife of Turkey’s president has described the harem of the Ottoman era as an “educational establishment that prepared women for life,” reports say.

Her comments came a day after President Recep Tayyip Erdogan said a woman was “above all a mother” in a speech to mark International Women’s Day.

Family members, servants and concubines all lived in the imperial harem.

The sultans who ruled the Ottoman empire had a harem at Istanbul’s Topkapi Palace, which has been a museum since 1924.