1. Police defend actions at migrant bus in Germany. Explain that crowd of anti-invasion Germans were also provoked by obscene gestures by muslims on board.

2. ‘No ifs and buts’: Turkey demands US support against ‘Kurdish terrorists’

(Hey I have an idea! Canada is a member of NATO! Why not give an ultimatum that they have to help us attack Quebec! [Just kidding. I love Quebec])

Ankara has urged Washington to unconditionally support the expansion of its battle against the terror threat, in particular Kurdish militias, warning that those hindering Turkey’s right to self-defense will be considered terrorists and acted upon accordingly.

“The only thing we expect from our US ally is to support Turkey with no ifs or buts,” Turkish Prime Minister Ahmet Davutoglu told a news conference after a five-hour security meeting with cabinet and state officials.

3. Editorial video on overt and demanding antisemitism on college campus in the USA

4. Vatican invites head of al-Azhar to meet with pope to restart dialogue

(The Pope may need to be reminded of what happened last time he tried the big interfaith con at the Rose Garden at the Vatican. Anyone not knowing about it can see it here, and get analysis here.)

VATICAN CITY – The Vatican’s interreligious council invited the head of a leading Muslim institution to meet with Pope Francis as part of an effort to restart dialogue.

Cardinal Jean-Louis Tauran, president of the Pontifical Council for Interreligious Dialogue, invited Ahmad el-Tayeb, the grand imam of al-Azhar University, to come to the Vatican and meet with the pope.

The invitation came in a letter that was delivered by Bishop Miguel Ayuso Guixot, council secretary, and given to the imam’s representative during a meeting in Cairo Feb. 16.

Talks between the Vatican and al-Azhar were suspended by the Muslim university in 2011.

A decades-old dialogue between al-Azhar and the Vatican started to fray in 2006, after now-retired Pope Benedict XVI gave a speech in Regensburg, Germany. Al-Azhar officials and millions of Muslims said the speech linked Islam to violence.

(…the pope linked islam to violence…)

The resignation of Rifi, a longtime critic of the Shiite Hezbollah, comes two days after Saudi Arabia halted deals worth $4 billion aimed at equipping and supporting Lebanese security forces. The move came after Lebanon failed to back the Sunni kingdom in its spat with Shiite powerhouse Iran, the leading backer of Hezbollah.

The six-nation Gulf Cooperation Council backed the Saudi decision, raising concerns it could have repercussions for thousands of Lebanese living in Gulf countries.

Lebanon has a sectarian divide that reflects the wider regional split between Saudi Arabia and Iran, and has long been a battlefield for the region’s proxy wars.

6. Greece: Macedonia Has Closed Its Borders to Afghan Migrants

Macedonia closed its border to Afghan migrants early Sunday, Greek police said, slowing the admission of refugees to a trickle and leaving a growing bottleneck of people stuck at their shared border.

A Macedonian police spokeswoman denied there was any new prohibition regarding Afghans, blaming the problem on Serbia, the next nation along the Balkans migration route into Western Europe.

Greek police said Macedonia refused to let Afghans through because Serbia made the same decision and officials feared the migrants would get stuck in Macedonia.

“The authorities of the Former Yugoslav Republic of Macedonia informed us that, beginning at dawn Sunday, they no longer accept Afghan refugees because the same problem exists at their border with Serbia,” Petros Tanos, spokesman for Greek police’s Central Macedonia division, told The Associated Press.

CHILDREN were told to write to their parents explaining why they had converted to Islam as part of a bizarre homework assignment. 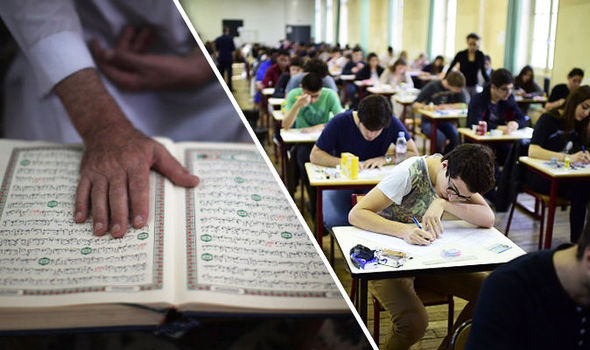 Year 8 Pupils at Les Beaucamp High School in Guernsey were asked to explain to their parents “how becoming a pupil has changed your life [and] how much you love your family and hope they can accept your choice”.

Teacher Amber Stables told pupils: “Focus: How would it make you feel having to tell your parents this? How would/could they react?”

9. Interview with Eurotunnel worker on firefighter’s jobs now inside the chunnel

The terror group is gaining ground in Libya. But the Obama administration has said no to a Pentagon plan to go after ISIS there.

Despite the growing threat from the self-proclaimed Islamic State in Libya, the Obama administration has turned down a U.S. military plan for an assault on ISIS’s regional hub there, three defense officials told The Daily Beast.

In recent weeks, the U.S. military—led by its Africa and Special Operations Commands—have pushed for more airstrikes and the deployment of elite troops, particularly in the city of Sirte. The hometown of former Libyan leader Muammar Gaddafi, the city is now under ISIS control and serving as a regional epicenter for the terror group.

The airstrikes would target ISIS resources while a small band of Special Operations Forces would train Libyans to eventually be members of a national army, the officials said.

A top Hindu priest was decapitated by attackers in northern Bangladesh Sunday and two worshippers wounded, police said, in the latest assault targeting minorities in the Muslim-majority nation.

Two assailants armed with pistols and cleavers attacked Jogeswar Roy, 45, the head priest of Sri Sri Sant Gourio Math, at his home in the temple on Sunday morning, officials said.

“The priest was preparing for morning prayers when they pounced on him and slit his head from the body at the verandah of his home inside the temple,” said Shafiqul Islam, a government administrator in the sub-district Debiganj where the temple is located. 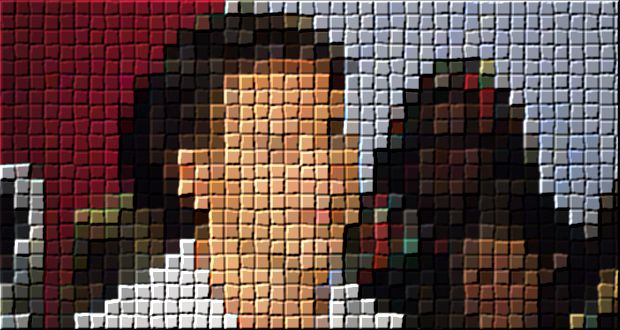 (November 24, 2015): “Canadians are quick to point out that ISIS is wrong, that Islam is not incompatible with the Western secular democracy, a free place like Canada.”

(January 31, 2016): “But on the other hand, we need to make sure that we’re working with communities like the Muslim community for example to demonstrate that Islam is not incompatible with free and open Western societies.”

In a video message to the annual Reviving the Islamic Spirit convention held at the Metro Toronto Convention Centre (December 25-27, 2015) in Toronto, Trudeau said:

“The Reviving the Islamic Spirit [RIS] convention… is also about celebrating our shared beliefs in justice, fairness, equality of opportunity and acceptance. The work you do in communities across the country is what builds the and strengthens our multicultural fabric.”

To read the entire transcript of the video message click here.

Thank you M., Buck, Richard, Wrath of Khan, Kathy, Tico in Finland, and all who sent in materials. more shortly.

12 Replies to “Leftist antisemitism on campus, Obama fights terror by not attacking IS in another location, more: Links 1 on Feb. 22 – 2016”