(If anyone knows anyone who knows Sally Field, it would be fascinating to know if she would make the movie, ‘Not Without my Daughter‘ if asked to do so again)

A 24-year-old woman from Drachten was murdered by her husband in the north of Iraq on Monday. Husband Raffi A. (33) gunned down his wife Safhinaz Zerrouy because she wanted to return to the Netherlands, the Leeuwarder Courant reports.

The Ministry of Foreign Affairs confirmed to Nu.nl that a Dutch woman was killed in Iraq and that her husband was arrested.

“He had her in his power for years”, Dina Meyer, Safhinaz’ mother said to the Leeuwarder Courant. “Safhinaz was a very happy, loving girl. I think she went to Iraq willingly, but now she wanted to return. Her husband could not accept that.”

Wiretapped telephone calls between a leading figure from the Islamic State in Iraq and the Levant (ISIL) and several members of the Turkish military reveal cooperation between ISIL and the Turkish military in letting smugglers cross the Turkey–Syria border, a report by a Turkish daily has alleged.

Documents prepared by a prosecutor’s office contain a large number of transcripts of “friendly” telephone communications between military officers and Mustafa Demir, the ISIL member in charge of Turkey’s Syria border, the Cumhuriyet daily said on Monday.

The prosecutor’s documents reportedly say Turkish military officers also met with Demir on the border. The ISIL leader is indicated in the documents as the person behind the transportation of bombs from Syria to Turkey.

“The transcripts and the documents in the investigation revealed that Demir received money — purportedly for zakat [alms] — from smugglers at the border and cooperated with the officers as far as [border] crossings are concerned,” the report stated.

3. Mark Levin: Conservatives need to know this next election is nothing less than Freedom Vs. Tyranny

4. Brian Lilley on CFRA today covering for Rob Snow discusses the stunning scam the Trudeau Liberals passed off on Canada in terms of who these ‘refugees’ actually are, or more accurately where they are really from and the media silence on it.

(The good news is, this video does not show any graphic violence against living things that anyone can see)

6. Migrants who ‘raped boy, 12, in filmed assault’ lied about their real ages 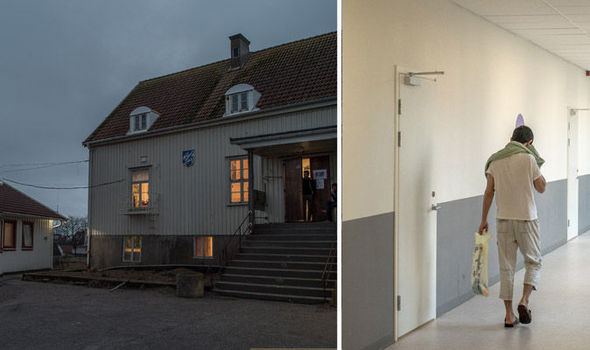 Despite claiming to be 15 and 16 when they applied for asylum, according to dental records the two alleged attackers are over 18.

The men are said to have attacked the boy at a centre in Alvesta, Smaland, and reportedly filmed the sexual assault on a mobile phone.

An 18-year-old university student was killed, and seven others were injured Monday when an explosive device detonated on Al-Bahr street in North Sinai’s Al-Arish, state news agency MENA reported.

Security sources said the bomb, which was placed by militants, was targeting security forces. The victims happened to be passing by when the bomb went off.

The ages of those injured range from early teens to mid-twenties.

(It would appear that the Islamic State is fighting for control of a significant part of Egyptian territory, which would also present a threat to Israel)

A six-year-old girl with learning difficulties was removed from school and taken to marry an older man in Pakistan, an investigation has found.

The unnamed child, who subsequently returned to school in the UK, is among dozens of young girls and boys still being forced into marriage despite the introduction of legislation and specific task forces.

She was among a number of cases reported following a Sunday Times investigation, which found child marriages had been taking place in mosques and living rooms in the UK as well as abroad.

Dozens of people gathered outside a court in Boulogne-sur-Mer, Monday, to protest against the decision to condemn six refugees from Afghanistan, Sudan and Syria to a month in a prison for storming a ferry and attempting to stow away to the United Kingdom.

10. Ezra Levant sets up his coming week of interviews and exposes of Islamic Europe

Thank you Dan F., M., Wrath of Khan, Kathy, Rebel.media, and many more. Please stay tuned for an odd post coming up.

Here is something good for a change. The Trudeau government in Canada passed an anti-BDS motion in parliament by a very large margin. 229 to 51 votes.

3 Replies to “More wife murder of European women, Turkey schilling for the IS and Trudeau does something good: Links 2 on Feb. 22 – 2016”