Dear Frau Merkel, are our children in Germany still safe?

Refugees here, refugees there,
Respect for our people!?

Today at 5 pm my 11-year-old daughter and her 11-year-old friend were sexually harassed by a troop of refugees aged 16-22 in Badeland [swimming pool] in Celle. Three men blocked them off/surrounded them and two men touched them. The girls cried. No one came to help! 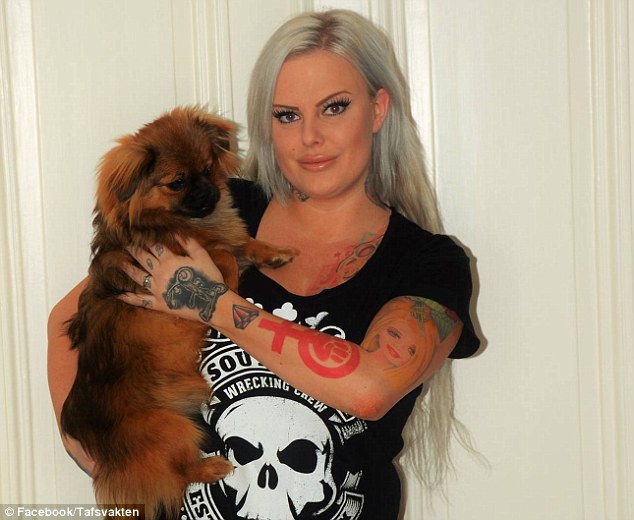 A female vigilante group has been set up in Sweden to patrol public swimming pools in the wake of a number of alleged sexual assaults on children and young women
Siri Bernhardsson has set up ‘Tafsvakten’ – The Groping Guard – after growing tired of reports of rapes and molestations at public pools in the country.
The 24-year-old from Kalmar says the group is needed because women and children in Sweden no longer feel safe going swimming.

5. NDS detains Taliban commander ‘dressed like a woman’ in Paktika The National Directorate of Security (NDS) – Afghanistan’s intelligence agency has arrested a Taliban commander who had dressed himself like a woman in Paktika province.

A statement released by NDS on Wednesday identifies the terrorist as Khozar Ali son of Gul Sof.

According to the statement, Khozar Ali alias Chapai was arrested during a special operation in Barmal District. A Kalashnikov and four magazines were also confiscated from the possession of the terrorist.

When Taliban wear women’s dresses, they try to track security forces in order to escape from the target areas.

Israeli officials expressed outrage late Tuesday, after the International Legal Forum (ILF) argued that the US Customs’ January 23 “reissuing” of orders to importers to label all products from Judea and Samaria as not being from “Israel” was a covert policy change.

Slamming the move as deceiving Congress, as well as the American and Israeli public, the Israeli group International Law Forum told Channel 2 that American claims of merely “reissuing” policies from 1995 are in fact false.

The group noted that the 1995 guidelines only applied to goods from the Palestinian Authority (PA) in Judea and Samaria, which was newly established in the 1994 Oslo Accords. The guidelines were meant to distinguish PA goods as not being Israeli.

However, the new orders call for all goods from Judea and Samaria to be labeled as non-Israeli, including those produced by Israeli Jews living in the region.

7. ‘I Want To Know Who Is Responsible So I Can Sue When We Are Attacked’ — Angry Town Hall Meeting In Vienna Over Planned Migrant Centre

Around 550 angry local residents crowded a public meeting in Vienna this weekend in protest at plans to create a new migrant centre near their homes.

Authorities plan to house 750 migrants in the suburb of Liesing, but residents are increasingly worried for their safety following the mass sex assaults in cities such as Cologne on New Year’s Eve. […] One mother asked what authorities were doing to protect her and her 17-year-old daughter. “We are afraid,” she said. “I want to know who is responsible so I can sue whenever I or my daughter are attacked.”

(Since its the law makers who are deconstructing civilization, I doubt a suit would be successful on merit alone. Or at all)

8. Not Extremist, Just Religious: Is The Rap On Somali Bomb Hole Blower A Lesson?

We wrote previously about the man who was sucked through his own bomb hole while trying to destroy an airplane flying out of Somalia. No other passengers were killed in that incident. Subsequently, the bomber’s motivation has been under scrutiny. On Tuesday, we got an answer: religion, not extremism.

That says a lot, actually.

Abdullahi Abdisalam Borleh has been identified as the man who tried to take out a plane in the name of Islam. But his background is not “radical” Islam, just the run-of-the-mill sort. He taught at an Islamic school. People in his hometown described him as “religious,” as having a sense of humor, but not as being extremist. Here is more from Fox News:

Borleh was seen as very religious but not a firebrand in his northwestern town of Borama, far from the battlegrounds of al-Shabab, which operates mostly in southern Somalia. While the extremist group doesn’t have a presence in the town near the Ethiopian border, intelligence officials say there are a few al-Shabab sympathizers there.

(Because the whole extremist thing is BS. A leftist media euphemism for a religious muslim with bad fashion sense)

MURFREESBORO — Other than being the sheriff and a member of law enforcement, Rutherford County Sheriff Robert Arnold doesn’t know the motive for shots fired outside his Osborne Lane home Monday night.

“We all know, as soon as you put your uniform on, you’re a target,” he said at a news conference Tuesday morning at the Rutherford County Sheriff’s Office. “You make people mad when you’re just doing your job.”

Arnold said when he first heard the shots, he wondered if they were inspired by the Super Bowl halftime show.

When asked to clarify that comment, he added, “You know, Beyonce’s video.”

(Because ‘Black Lives Matter’ is really a euphemism for ‘Police Lives don’t matter’. However the other possible motive may be that this town is famous for stopping a giant mosque project for a town with nearly no muslims)

This is dipping well into cover-up mode. This is beyond simple tampering with intelligence. Once records are being deleted, that’s a coverup.

This second set of accusations, which have not been previously reported, were made to the Office of the Director of National Intelligence (ODNI). They show that the officials charged with overseeing all U.S. intelligence activities were aware, through their own channels, of potential problems with the integrity of information on ISIS, some of which made its way to President Obama.

11. For a clear, unobstructed view of what leftist collaborators with illegal invaders to Europe are thinking, watch this. Really.

Here is an unbelievable story in the DM. The claim is being made that Apple is refusing a court order to unlock a dead terrorist cell phone. That is unbelievable for starters but the parenthetical claim is that the NSA needs Apple’s help to read anyone’s data.

The third unbelievable claim is that if the government actually had the data, assuming it doesn’t already, they would do something rational with it like catch terrorists and prevent more of it as opposed to changing everything they find and present to us their own narrative to protect islam.

INN does article about Islam, and the narrative Islam-of-peace.

Funny how a few years ago, those few of us who said exactly this were total pariahs. Well we still are from officialdom but our little box is getting more crowded by the hour

16 Replies to “Canada and other leftists in bed with, and paying the motel bill with islamic supremacists: Links 1 on Feb. 17 – 2016”