1. The Erdogan regime in its ongoing power struggle with Gulen has seized a large corporation with major media holdings in Turkey which are accused of doing propaganda for groups the Erdogan regime labeled as terrorists. The basics on Koza Ipec can be read here

3. Here is a little clip of interviews of people in Austria giving impressions of the UMIs and Merkel who is the clear source of all this misery in Europe as they see it. I will agree with the UMIs though on one thing. The Austrian countryside is pretty idyllic. But I think most of us would stand guard with 223s to make sure a horde of muslims never “ride through it on horseback”.

4. From the Express UK, video of condom air mines. Yes, they are made of helium filled condoms but they may actually represent a serious threat to air traffic as they are carrying explosive payloads and will likely hover in the air and be hard to see. Perhaps there are experts reading this that would know. But I would be tempted to take them seriously as a threat to aviation as are underwater mines against boats.

5. US Court: Muslims can sue NYPD over mass surveillance 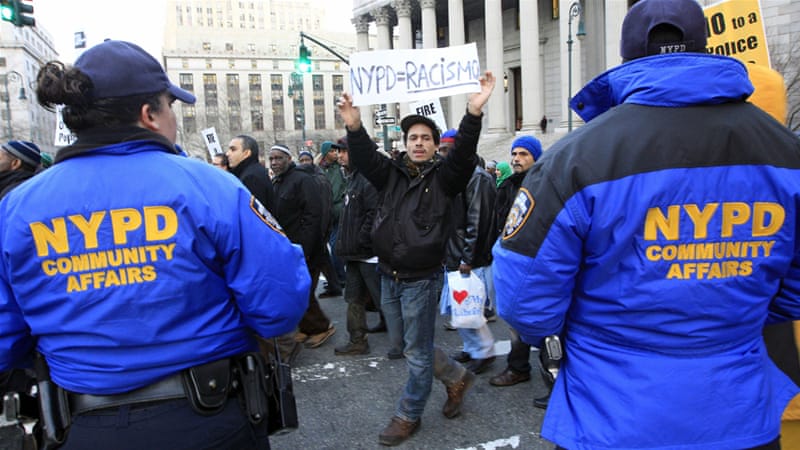 New York, United States – A US appeals court has reversed a decision over a controversial spy programme run by the New York Police Department (NYPD), enabling a group of Muslim plaintiffs to proceed with their legal challenge.

In 2012, the Muslim Advocates, a national advocacy group, and the New York-based Center for Constitutional Rights filed a lawsuit against what they called the NYPD’s unlawful and blanket surveillance of Muslim Americans in New Jersey. The move came after the Associated Press published an expose of the programme in 2011.

The plaintiffs, all Muslims, include an Iraq war veteran, university students, a coalition of mosques, and the principal of a religious school for girls. The Federal District Court in Newark dismissed the case in February 2014, prompting the plaintiffs’ attorneys to appeal that decision.

6. Anti-UMI demo stopped at Austria-Slovenian border. Yet oddly illegal migrants bent on taking public services and man for conquest are not.

7. Israeli attack victim describes the attack that landed him in hospital. Article here

8. I can’t see how these people in Karbala wouldn’t meet anyone’s definition of reasonable people.

(Given Afghan-Russian recent history, this request by Afghanistan may be the clearest indicator yet of exactly what Obama has done to the United States, its reputation and capabilities)

Vladimir Putin has been asked to help the Afghan government in its fight against Taliban insurgents.

In a clear signal of the worsening security situation in the war-torn country, President Ashraf Ghani has appealed for help from the Kremlin.

He asked Moscow for artillery, small arms and Mi-35 helicopter gunships for his country’s stuggling military, according to officials.

Russian officials have said they are ‘willing to help’. 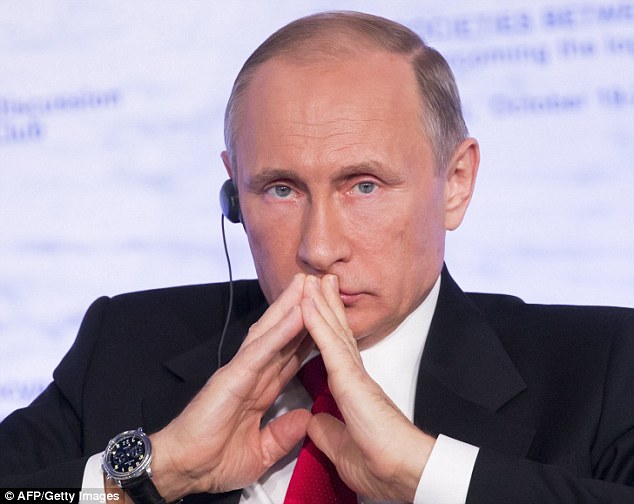 His request comes after the US and the UK pulled out of the country in October last year – leaving behind military trainers working in a non-combat role.

The UK have also pulled out all their fighter jets – key assets which the Afghan security forces relied on without a strong air force themselves.

Thank you Del, M., Gates of Vienna, Richard, ML., Wrath of Khan, and many many more. More to come most certainly even if sporadically.

(Wow! Its almost like he watched last week’s episode of Homeland where they said pretty much exactly that. Or was it the week before. Either way, another good reason to watch Season 5 of Homeland. Its actually a week or two ahead of reality as was last season’s Homeland on Pakistan)

Former U.S. Ambassador to the United Nations John Bolton warned that the large number of refugees going to Germany from Syria poses a terrorist threat to the United States.

Bolton cited the Lebanese education minister estimating that about 2 percent of the refugees could be Islamic terrorists.

“If you think of Germany, which said it would accept 800,000 refugees, 2 percent of that is 16,000 terrorists in Germany. Once they get into Western Europe, the path to this country is obviously substantially easier,” Bolton said at a Federalist Society event in Washington.

In Bolton’s view, the entire Middle East is “descending into chaos” past the point of a “series of crises” to boundaries being “erased.

9 Replies to “The changing geopolitics of planet Earth and more gains by muslims via leftist thought: Links 1 on Oct. 27 – 2015”