1: US Jews Wake Up: Muslim J-Street Head is ‘Anti-Israel’

Two weeks after the election of a Muslim to head J-Street, more of her anti-Israel positions are coming to light. Amna Farooqi, the new president of J Street U (J Street’s student subsidiary), is a “radical Muslim who spews hatred for Israel and its leaders, supports violence against Israel, and supports anti-Israel boycotts, divestment and sanctions (BDS).” So writes the Zionist Organization of America (ZOA), summing up increasingly prevalent Jewish sentiment.

Daniel Greenfield, writing for FrontPageMag.com, had a different take on the same concept: Behind Farooqi’s agenda “is the traditional conspiratorial idea that Jews have a great deal of power,” he says. J Street U and its media allies are trying to sell Amna Farooqi as a pro-Israel Muslim, Greenfield writes, “when really she’s just infiltrating the Jewish community because she thinks it’s a more effective tactic.” […] In another article, Greenfield writes that Farooqi told one public gathering, “We are not here to talk Holocaust survivors Samuel and Diana are confined to wheelchairs after being viciously beaten by anti-Semites in their own apartment.about the pro-Israel conversation on campus. We are here to talk about the occupation.” She further avowed that the coming year for J Street U is going to be all about “year-long anti-occupation work.”

Holocaust survivors Samuel and Diana are confined to wheelchairs after being viciously beaten by anti-Semites in their own apartment.

Samuel (87) and Diana (86) Blug, two elderly Holocaust survivors, fell victim to a vicious and violent anti-Semitic attack at their home in Holland a month ago.

According to a Yedioth Ahronoth report on Sunday, the couple were only able to come forward now and recount what happened to them.

The Blugs say two men, who looked to be of Moroccan descent, knocked on the door to their apartment, claiming to be the police and demanding entrance.

As soon as Samuel opened the door, the nightmare began. Two men dressed in black barged into the apartment and started severely beating the couple. The assailants threw the couple on the floor, kicked them repeatedly and shouted: “Dirty Jews – from now on your property is ours.”

(Wanna bet less than 1 person per 100,000 hear of this compared to the people who hear about a muslim man who killed his child through reckless endangerment in order to get the European taxpayer to cover his dental work? This is thought to be a video of the attackers)

(Because Jews must not be allowed to defend themselves)

The number of signatures on an online petition calling for the arrest of Prime Minister Binyamin Netanyahu during his upcoming visit to the UK on Saturday passed the 100,000 mark.

The petition, uploaded to the UK Government’s official website, calls for Netanyahu to be arrested under international law for “war crimes” during last summer’s Israel-Gaza war. 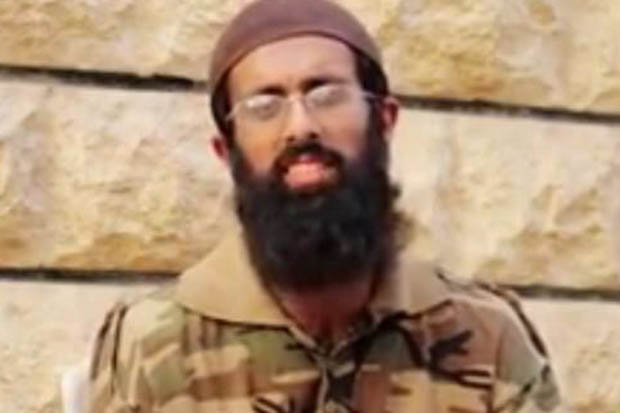 Former supermarket worker Omar Hussain was found guilty of grabbing a woman’s breasts in the UK.

The perv cycled up to his victim and groped her before escaping but the attack was captured on CCTV.

He was still on the register when he fl ed to Syria in 2013 claiming he was going to help aid convoys.

If he was in the UK he would be banned from working with youngsters but our picture shows the grinning fanatic surrounded by kids – their parents clearly ignorant he is a sex pest.

Israel runs a field hospital on its border with Syria and has taken in wounded Syrians, but has stopped short of opening the borders to its longtime enemy.

(If we take the wealth of the Vatican and population, then look at the ratio of 2 families temporarily brought in, and apply that to the rest of the nations of the world that the Pope is insisting take more, we would have to kick out millions upon millions of muslims to reduce it to the levels the Vatican houses)

The Vatican will shelter two families of migrants who are “fleeing death” from war or hunger, Pope Francis announced Sunday as he called on Catholic parishes, convents and monasteries across Europe to do the same.

Francis cited Mother Teresa, the European-born nun who cared for the poorest in India, in making his appeal in remarks to pilgrims and tourists in St. Peter’s Square.

(I would also bet that the Vatican is being extremely selective about exactly who they pick to ‘shelter’. Infinitely more so than our own border services)

7. The epitome of nerve. Before the stains are even out of the clothes of the 1400+ little girls who muslims forced into sex slavery, muslims in Rotherham protest in Rotherham against discrimination against muslims. “Muslim lives matter” say the signs.

Breitbart writes on it here

Thank you CB Sashenka, M., Richard and many more I may have lost track of in the chaos.It appears that today will be frantic again. So please forgive me in advance if the work is sloppy as the trade off is presenting a load of important evidence over carefully crafted presentation of a small amount. All should feel free to add clarity or questions or additional material that confirms or contradicts the impressions of the material posted to this site always but especially when its frantic and a touch sloppy.

Please check the comments under the Daily Reader Links post for much on the current invasion of Europe.

Also, in the US, the clerk who refused to issue a marriage license to a homosexual couple has been remanded in custody and is at the center of a typical media and public debate storm.

Of course its impossible to follow every story on every issue when the world is on fire. One grabs a bucket and focuses on what one can. But from a cursory exam it appears that the important question is not being asked, namely, why would a woman who is clearly no threat to anyone whatsoever is being held in custody prior to trial when people who have committed violent acts are bailed? This is highly unusual and smacks of a corruption by politics which is more typical of the third world.

4 Replies to “Muslim reaction to the largest sex slavery ring of children in British history is to show how the rapists are the victims. Links 1 on Sept. 6 – 2015”