[Please click here to see the English subtitled version of the German TV documentary on the effects of uncontrolled islamic immigration on Germany. For the moment, it works.]

1: In this short clip on Facebook, a seemingly new muslim inhabitant gives the traditional symbol of gratitude and friendship to a film crew from local news. 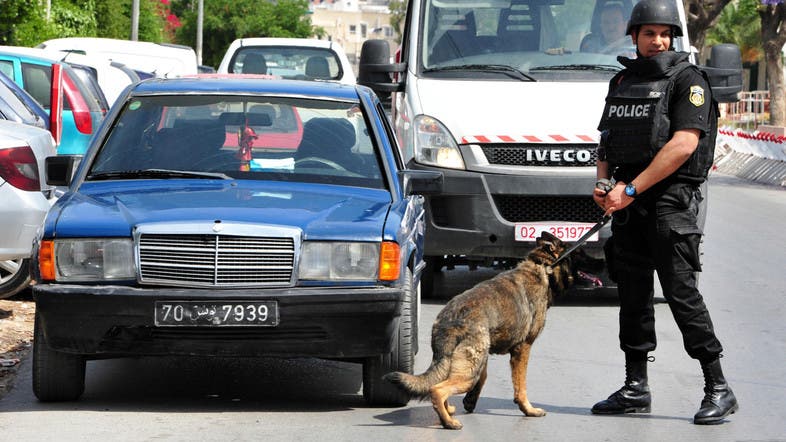 Tunisian authorities warned of possible car bombings in the capital Tunis and banned traffic in parts of the city after receiving intelligence reports about potential attacks, the state news agency TAP said on Sunday.

The North African country is under a state of emergency after two deadly Islamist militant gun attacks on tourist sites this year. Armed Islamists also often carry out attacks on the armed forces in remote areas in Tunisia but have not previously attempted mass killings with car bombs.

An Interior Ministry source told TAP that a potential assault involving car bombs and attackers with bomb belts had meant to target strategic points in the capital, without giving further details.

(This has to be great for tourism)

4. 1000 Britian First, (A group that has at best, a speckled reputation some English tell us) march in Rotherham against the factually determined muslim sex slave gangs.

5. More on the Rotherham riots

(The featured screamer in the above video reminds us that the left and muslims constantly talk about minority rights when they are in the minority, but the moment that it even looks like they are not, they scream: “THERE ARE MANY MANY MORE OF US THAN YOU” in a threatening manner. Fascinating.)

6. Meanwhile in Mytilini on Lesbos, UMI’s chant scream and clap their demands.

8. Read the Contract the Islamic State Group Is Forcing Christians to Sign in Syria

The Islamic State group forced Christian men in a Syrian town to pay a sharia-mandated tax known as jizya and abide by a long list of restrictions, according to new photos posted by the Islamist group.

In addition to the tax which was calibrated by income level, the jihadists forced the Christians to sign a contract pledging an array of curbs on their faith and self-defense, including promising they will not own guns, build churches, display crosses, worship in public or ring church bells.

The photos show dozens of men gathered for the signing in Qaryatain, a town that once had a Christian population of thousands. They sat in a theater, apparently waiting their turn, as a man joined a militant onstage to sign the document.

According to the Middle East Media Research Institute, the photos were published by the Damascus province of the Islamic State.

(It should be noted that all of these conditions are strict and unmistakeable rules as set out by Islam and can be found in any number of texts dating back to the time of the creation of the religion. This is NOT an interpretation but a recreation)

9. US warns Russia against more aid to Assad amid new violence

(And in other news, the US warns the Earth to stop rotating west to East and warns the ocean to stop releasing CO2)

While not elaborating on or confirming the accuracy of those reports, the State Department said Kerry made clear to Lavrov that such actions “could further escalate the conflict, lead to greater loss of innocent life, increase refugee flows and risk confrontation” with the anti-Islamic State coalition operating led by the U.S. that is carrying out strikes in Syria.

Russia has been a stalwart ally of Assad throughout Syria’s civil war and has provided diplomatic support and weaponry to help the Syrian leader maintain his grip on power. Moscow also maintains a small naval facility at the Syrian port of Tartous on the Mediterranean Sea.

10. Here is a link to another 20 or so ‘Muslim Lives Matter’ on what should be called, ‘The Total Moral Inversion Channel

There is a lot more and again, I recommend for those who want a more complete look at events without my own editorial bias in selection to please look at the comments under the  main posts and especially the Daily Reader’s Link posts.  In a few minutes I hope to have finished the Geert Wilders speech on the current situation.