1. Anti-fa interferes with, and stops, a PEGIDA offshoot group from marching in Germany

2. Here is a link to some information about the shrine where the huge bomb was detonated in Bangkok relier today. This shrine was attacked and destroyed some time ago by a ‘mentally ill person’ who had Arabic tattoos all up and down his arm, and then the Hindu figure was rebuilt with bits of plaster etc. from the old one and some of the gold and stones, and now of course

3. Raymond Ibrahim on islamic persecution of Christians and the legacy media role in creating apathy towards this genocide.

A Norwegian documentary film festival been harshly criticised after announcing that it was joining the cultural and academic boycott of Israel and would not accept Israeli-made films.

“The Other Dreamers”, an award-winning documentary by the Israeli film-maker Roy Zafrani, has already been rejected by the Human Rights Human Wrongs festival, which takes place in February next year.
“I’m sorry but we can’t show this film,” a letter from the festival organiser Ketil Magnussen told the director, according to the Times of Israel.
“We support the academic and cultural boycott of Israel so unless the films are about the illegal occupation, or deals with the occupation or the blockade of Gaza, or otherwise about the discrimination of Palestinians, we can’t show them.”

(“We only show documentaries we agree with”. I wonder if there is a name for that policy)
6. Here are a few impoverished migrants in France, grateful to be in such a lush country as France, playing a friendly game of kick-the-cop

7. Here is an Oped about ‘Islamophobia’ in Canada’s paper of record, the Globe and Mail, which is so patently off the factual landscape that of course, they could not possibly allow comments on it as they know exactly what will happen. Knowledgeable people will refute this nonsense in ways which will crush the intent. They will do so with references and solid logic. They will do so in such a way that the article itself will be shown to be cultural-Marxist propaganda without any doubt to thinking readers. If they thought that the comments would all be from knuckle dragging bigoted morons, they would have allowed the comments to sell the point. So please. Feel free to make your comments on this article here. Add the link to the article on each one so they see the ping backs.

8. The video at this New York Times link is quite good about islam, and why some muslims go join the Islamic State. Its pretty decent for a NY Times piece.
Thank you Buck, M., Oz-Rita, Gates of Vienna, and all who sent in materials. Some serious info about Quebec’s planned bill 59 to come today.

A Scandinavian source advised that there has been some significant police activity in the Swedish town of Norrköping today, but we do not get all of the details from the MSM. As usual…..

I am certain that both claims are bankable.

CDC Official Calls Obama “Marxist” And “Worst President We’ve Ever Had” Over Illegal Aliens: “No Country Would Ever Allow This” 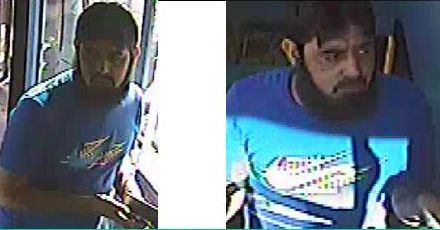