The President of the Saudi Human Rights Commission and head of the Saudi delegation in Geneva, Dr. Bandar bin Mohammed Al-Aiban, addressed the 28th session of the Human Rights Council meeting in that city. During his speech, Al-Aiban called for redoubling efforts to address the growing phenomenon of defamation of religions and religious symbols.

“As part of the overall framework to develop the judiciary system and promote human rights, a royal order was recently issued calling for the formation of an ad hoc committee to prepare a draft code of judicial verdicts based on the Islamic jurisprudence, as well as bylaws for a revised criminal procedures system,” Al-Aiban explained. “The bylaws include special executive provisions for arrest procedures of defendants, as well as procedures for searching individuals

(The Saudis nearly certainly mean both the Cairo human rights declaration in islam, as well as that we will not understand it that way)

2. Libya oil fields of Bahi and Mabruk ‘seized by militants’

Forces guarding the Bahi and Mabruk sites retreated after running out of ammunition.

It is not clear which group seized the oil fields. Libya’s internationally recognised government in Tobruk and its rivals Libya Dawn also conducted air strikes on each other’s positions. Libya has been without an effective government since Muammar Gaddafi was ousted in 2011.

3. Ottawa Parliament Hill jihadi’s martyrdom video to be released today. (The CBC is already busy attacking the Harper Government so that the video will have less effect on people once they see it)

(The ‘rights group’ is CAIR)

5. Islamic State video showing screaming mustard yelling about the destruction of a building as if it was a massive accomplishment. The chants are better than usual though. Sort of Caribbean. 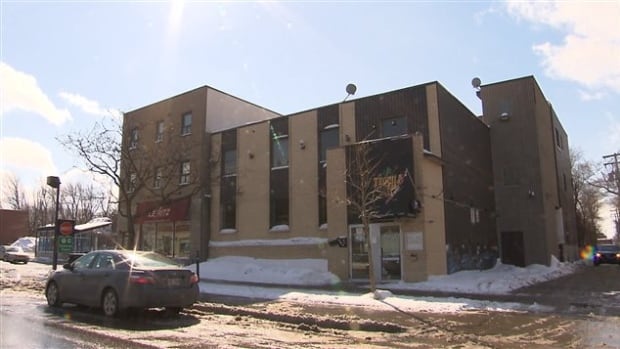 A popular mosque in Montreal’s Saint-Laurent borough is facing fines of up to $1,000 a day if it refuses to heed an eviction notice, CBC’s French-language service Radio-Canada has learned.

According to borough authorities, the Al Andalous Islamic Center, which hosts about 1,000 worshippers for Friday prayers at its Décarie Boulevard location, has been operating primarily as a place of worship where zoning prohibits it.

The Association des Sciences Islamiques au Canada, the non-profit organization which manages the mosque, says it first applied for a permit in 2012.

‘We warned them that they were not in the right place and had to find another one,’- Alan DeSousa, Mayor of Saint-Laurent

In its application, the association said the place of worship was “born of a need in the community, as the presence of Muslims in the borough is growing year by year.”

The application was rejected in May 2013, and an eviction notice was served.

The UK advertising watchdog has banned an Israeli government tourism advert for “misleading consumers” by suggested that the Old City of Jerusalem was part of Israel.

8. Here is a link to a site with the video of the jihadi who killed an army Corporal in Ottawa and then attacked Parliament Hill. It is a fairly banal mixture of the usual islamic nonsense coupled with pre-Caliphate justification for defensive jihad.

(There may be 18 seconds missing from the video)

Julissa Magdalena Maradiaga-Iscoa attempted to drive her vehicle through the airport entrance, crashed her car into a Miami-Dade Police patrol car and screamed at officers in what was believed to be Arabic and then, in English — all before falsely claiming she had a bomb, according to authorities.

Miami-Dade police turned over the case to the FBI, which confirmed the federal charges against the 33-year-old Honduran citizen.

“At this time there appears to be no nexus to terrorism,” FBI special agent Michael Leverock said in a statement.

(LOL!)
Thank you Tundra Tabloids, Wrath of Khan, Richard, Draculea, and all who sent in materials. Much more to come and even more for things that haven’t happened yet but at this stage, certainly will.