(I think for the rest of us, if a person invented a device that prevented terrorism by exploiting any phobia we may have, we would be fully grateful. Unless of course we supported terrorism. In which case, yes, we would find it offensive. In this case though it is fully defensive and therefore should be embraced, especially, one would imagine, by muslims who should be tired of being tarred with the terrorism brush. I suppose the real problem is that this device actually might protect against… jihad.)

“It will keep suicide bombers from blowing themselves up near the container of pig blood because they believe that they would be guaranteed not to go to heaven,” Lacy wrote.

The inventor even suggested spraying pig blood on the Israeli border to “eliminate terrorist infiltration”, seemingly failing to notice the Jewish taboo on pork products.

Fiyaz Mughal, director of the interfaith group Faith Matters, said the device has “been created by someone who seeks to humiliate specific faiths”.

“The patent is particularly troubling if used against Jews or Muslims, because it would be deeply offensive and insulting to their faith and beliefs,” Mughal continued

(Jews would likely not care because A. they aren’t committing terror and B. have no issue with pigs blood so long as it isn’t in the food)

2. France has issued warrants for three men wanted for 1982 attacks against a Jewish target

The men, believed to be former members of a radical Palestinian group, have been identified 33 years after the Rue des Rosiers assault.

They now live in Norway, Jordan and the occupied West Bank, French media say. […] The three men are said to have belonged to a group led by Palestinian militant Abu Nidal, which was active in the 1970-80s. 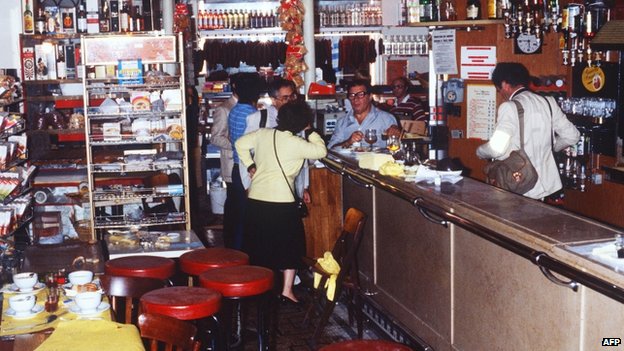 A grenade was launched inside the restaurant, seen here two days later, and gunmen opened fire inside

3. At last. A little good news. Seems Ms. Clinton is now disqualified, at least technically, from being president. More on how she ran this particular deception here. Someone who plays this fast and lose with the rules of course, likely won’t let this stop her as it didn’t stop the current president.

The existence of a personal account that Hillary Clinton used to conduct government business as secretary of state was discovered by the committee and reported by the New York Times.

Clinton’s use of this personal account explains why investigations of the Benghazi terrorist attack — and her culpability in our diplomatic mission’s vulnerability there, the failure to heed warnings and the cover-up afterward — failed to find much email evidence of her direct involvement.

33 Replies to “Geopolitics, Islamic State and the odd contempt for American law by the American executive branch: Links 2 on March 4 – 2015”