(Beyond the obvious horror of the story, I am posting this as a separate item because surprisingly, the BBC had the courage to actually include the aspect of ‘najis’, the idea that if a Christian or unbeliever touches something it is unclean and not fit for muslim consumption or use, in this story)

Asia Bibi, a poor, illiterate woman from Pakistan’s rural Punjab, has been on death row for almost five years after being accused of insulting the Prophet Muhammad, a charge she vehemently denies. In a rare interview, her husband has appealed for help from the international community.

In Pakistan, the mere accusation of blasphemy can be a death sentence. It is also enough to make the whole family a target.

This is why Asia Bibi’s family members have been in hiding for nearly five years. Soon after her conviction, crowds took to the streets calling for her death, some threatening to kill her if she ever got out.

Asia’s troubles began when she was picking berries in her village of Itan Wali in Punjab.

She had an argument with a group of Muslim women when she went to get water from the well. They said the water was unclean because a Christian woman had touched it.

Days later the women claimed she had insulted the Prophet Muhammad and Asia was pursued by a mob. 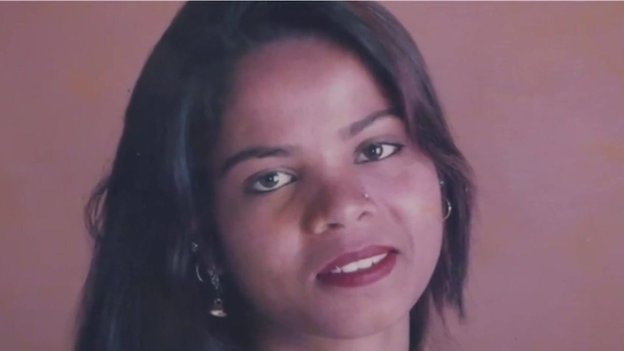