5. A moment of madness

The wife of a police employee who killed four colleagues at the Paris force’s HQ says he had a psychotic episode, was incoherent and heard voices the night before, reports say.

Mickaël Harpon, 45, was shot dead by police at the scene.

His wife, who is in police custody but not charged, told police that he had a disagreement with his bosses, according to French media.

French officials are trying to establish a motive for the killings. [bm]

Police union officials have also suggested that Harpon may have been involved in a workplace dispute.

The BBC deliberately fails to mention a number of points that are well known at the time of publication.

B. The “disagreement” at work was about working with women and shaking hands with women.

C. He had converted to Islam 18 months before this attack. (This is said but far down the page and couple with “no sign of radicalization”)

D. His wife was also arrested by Paris police.

E. semi-related, this man worked with IT at the French counter-terrorism HQ for the whole country. France is in a mild state of panic as they do not know how much information from their whole counter-terrorism program was leaked to islamic or other terror groups, as this man worked with IT in a secured area. Also, once it becomes more wifely known, French security will rightfully be seen as a joke and will likely diminish its role and trust level with international counter-terrorism. We hope to do a video on that later today or tonight.

This is why they call it the Lugenpresse in Germany, and “Fake News” in the USA.

For anyone who has been following the story of the Senegal migrant to Italy who decided to take revenge on Italian Children he was paid to drive by burning them all alive because he couldn’t willy nilly import every friend or relative he has at state expense, you might see why this BBC headline could be upsetting to some: 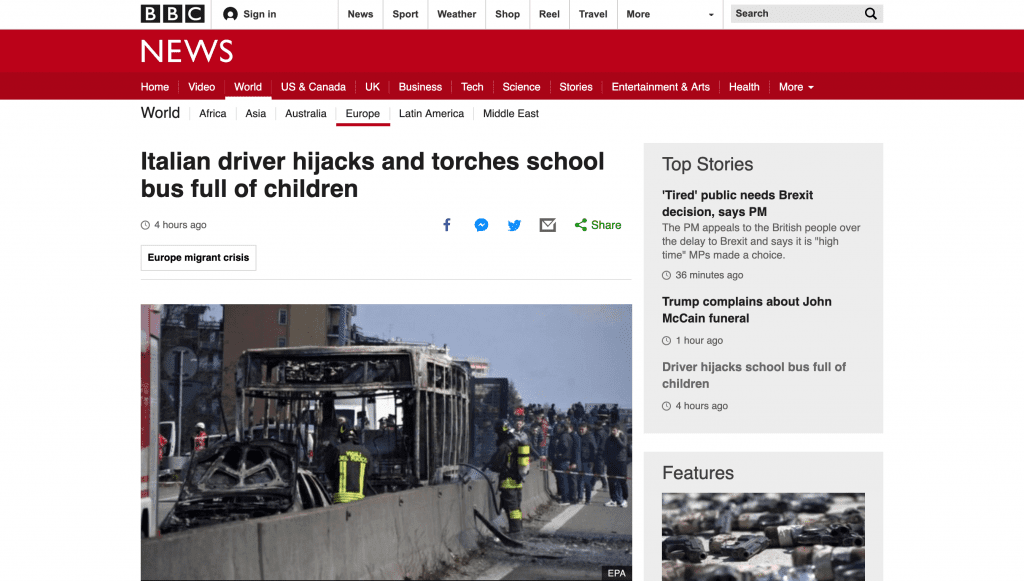 Imagine if you would, thousands of Englishmen going to the various publicly funded palaces of the BBC with piles of dog evacuate sandwiches and glasses of urine and offering them to the staff inside and telling them, “This is filet mignon and Chateau Lafite Rothschild 1999 please enjoy! And if they protest that it is not, and claim  it’s really a shit sandwich and a glass of piss, start screaming at them that they are horrible racists who just hate brown people.

That would actually be what even the BBC would have to call, “proportional response”.

In its classic racist and antisemitic fashion, the CBC spins an undeclared attack on a civilian city with rockets as a “claim” by militants. Which I guess is better than the BBC which appears to be waiting for Israel to respond so they can publish how Brutal Israel is.

Israeli news reported that Islamic Jihad was likely the source. So “Hamas denies responsibility” is so spun its fake news. 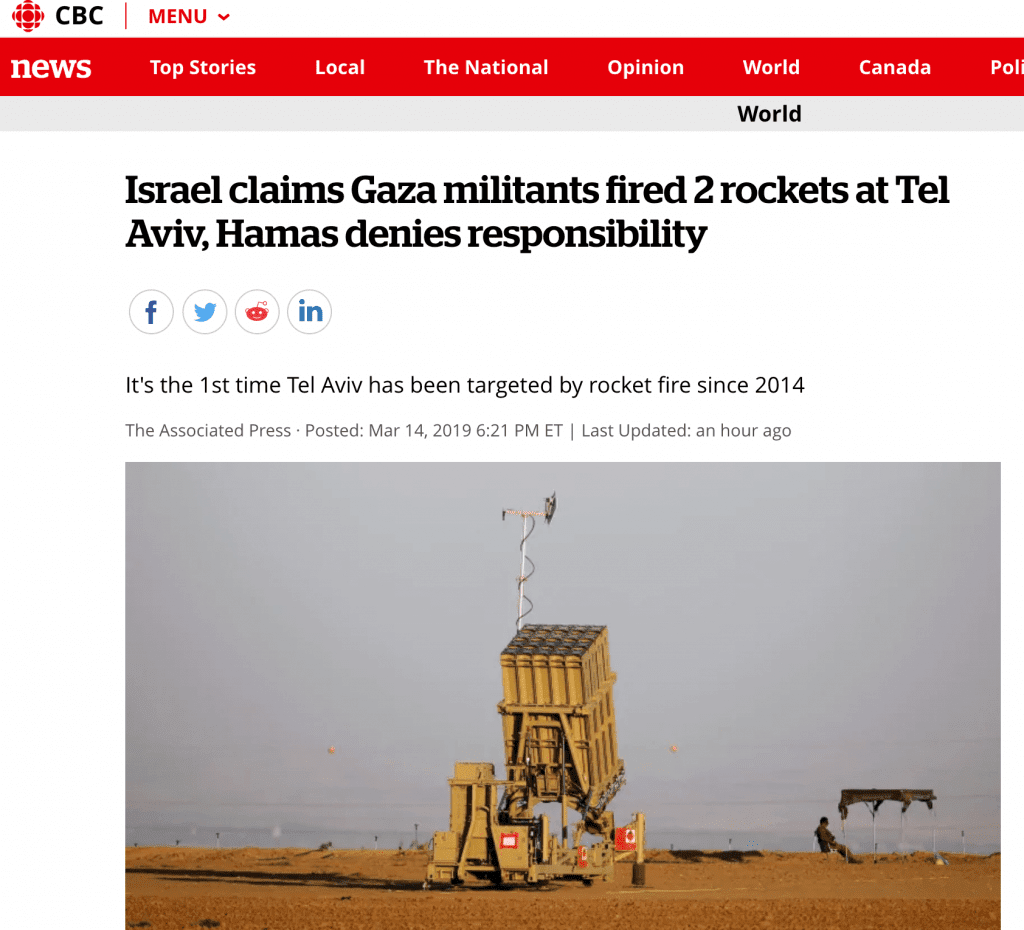 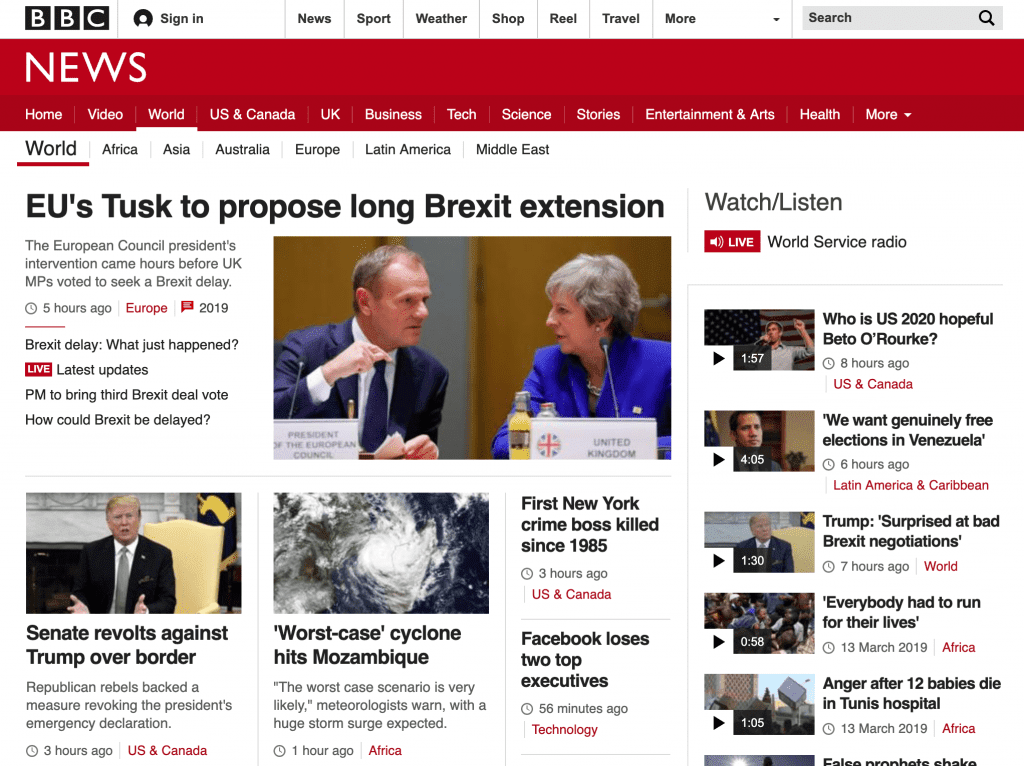 Would be great to get supporting links and an explanation as to what “under review” actually means. But it’s interesting anyway.

Brian Krebs is widely respected in his field. One of the very top. It is a worthy thread overall and one begins to see how the BBC is losing any respect and credibility amongst increasingly reasonable and established ranks of people.

Nothing quite like having my words twisted by the BBC https://t.co/LXzpi3VTN0 difficult to believe this wasn't an intentional and convenient misreading of what I actually wrote 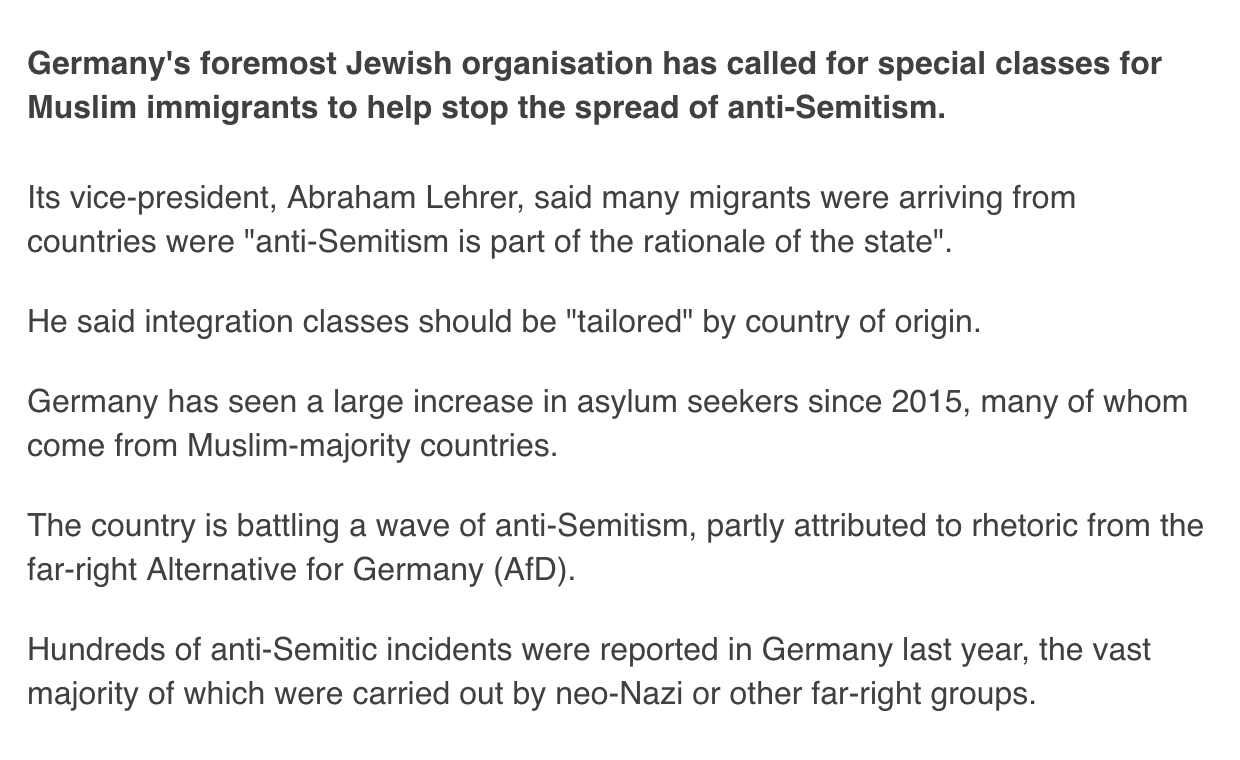 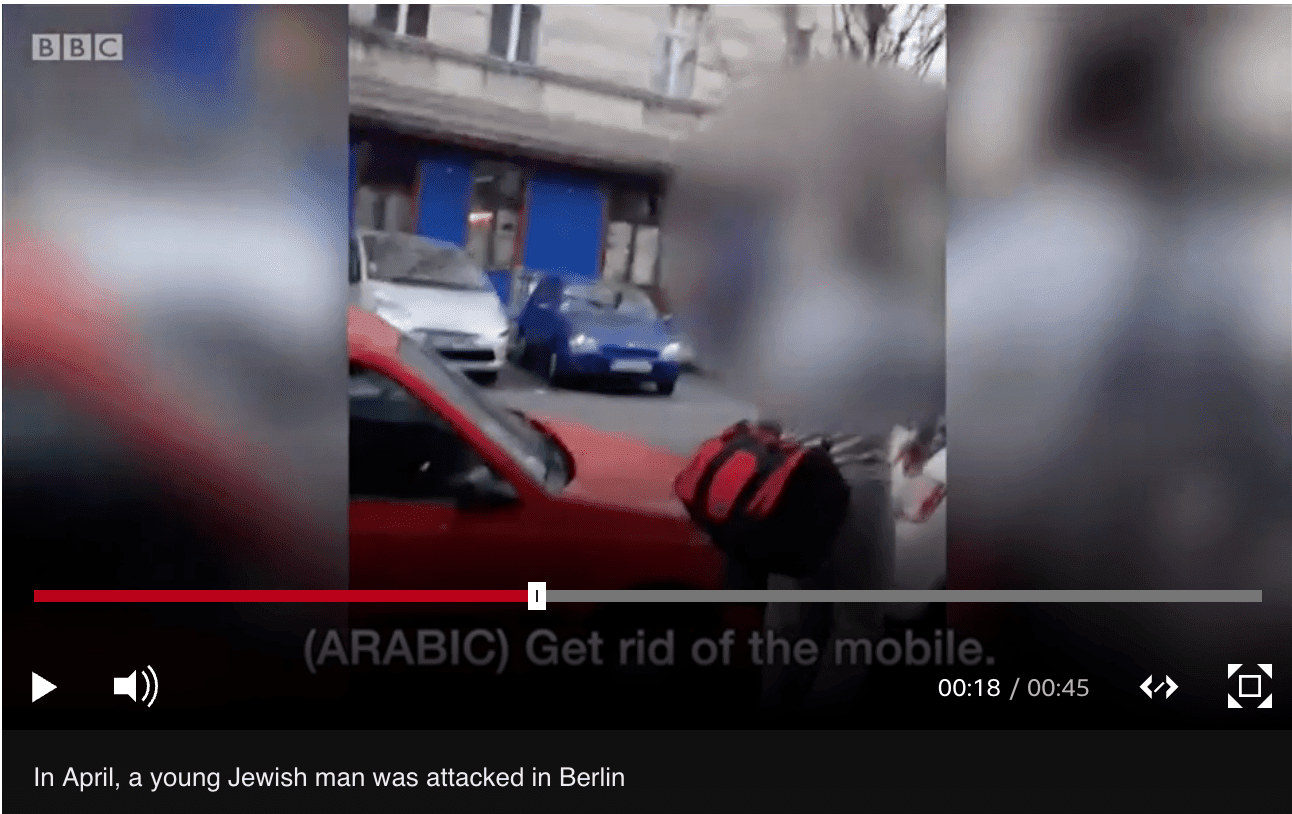 From this BBC article:

I would like to congratulate the BBC for this story. While it is still clinging to the narrative that this is not the real islam etc. ad-nuseum, it is amazingly factual and meaningful compared to any UK or major Western MSM production. The spin at the end was deflecting and one or two mandatory salutes to islam in the middle, but overall, this was amazing by the standards of a mostly fully deceiving far left wing extremist media in the West.

Check out this article from the BBC about the now, impossible to hide, resurgence of kinetic antisemitism in Europe.

Germany’s Jews urged not to wear kippahs after attacks

Josef Schuster, the president of the Central Council of Jews in Germany, told Berlin public radio that Jews should exercise caution in big cities.

His comments come ahead of a “Berlin Wears Kippah” solidarity march in the German capital on Wednesday.

Jewish organisations in Germany have expressed alarm over a number of recent anti-Semitic insults and threats in schools.

At the weekend, Chancellor Angela Merkel condemned what she described as “another form of anti-Semitism”.

She told Israel’s Channel 10 TV network that aside from anti-Semitism by right-wing groups, similar threats were coming from some Muslim refugees in the country.

Ok so to everyone’s surprise, Angela Merkel admits that this problem may be coming from “some muslims”. It shouldn’t really be a surprise though, as Merkel has always sold huge lies with a spoonful of truth when needed. Think of Mary Poppins but made in hell.

The BBC of course, immediately sets out to undo any damage Merkel might have done with that modicum of truth however…

So the article continues on to link antisemitism with “xenophobia”:

Suddenly the article has gone from talking about a real problem with geopolitical consequences to using the problem to create more of the same problem. Brilliant in that sinister kind of Johnnie Cochran way.

And then the coup de grace…

Yep. Islam isn’t the reason for the renewed attacks on Jews throughout the world by muslims. Its the solution to the problem.

At this stage one has to admire the BBC. The massive amount of loathing and contempt they have is well and truly earned.