(it is stupefying to try and grasp that muslims believe that any drawing is a greater offense than the murder of some 16 people over them. But that is Islam in a nutshell. Where it belongs.   *~@:^{)>   <—– An atypical moment of a happy mohamed in ASCI art)

Charlie Hebdo’s decision to renew the publication of caricatures of Prophet Mohamed is “an act unjustifiably provocative to the feelings of a billion and a half Muslims worldwide who love and respect the Prophet,” Egypt’s Dar Al-Ifta warned in a statement on Tuesday.

The new issue of Charlie Hebdo will cause a “new wave of anger” in France and the West in general, the statement said, adding that it “will not serve the dialogue between civilisations which Muslims seek.”

The cover of the first edition of the French satirical weekly Charlie Hebdo since 12 of its staff members were killed by Islamist gunmen last week showed a cartoon of the Prophet Mohamed crying and holding up a “Je suis Charlie” sign under the words “All is forgiven.” 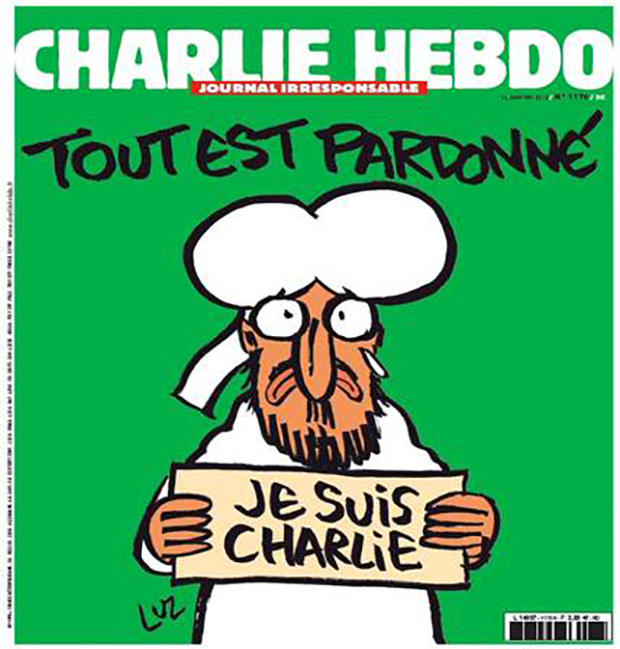 The thing about this graphic I like, is it is even funnier upside down: