If Islam could be summarized in one sentence, it would be:

“And allah so hated his own creation, that he sent a message to one man to raise an army to torture and destroy it in the most visibly brutal way they could imagine”

1. A few words about Paris by Jussi Halla-aho

Jussi Halla-aho is a Finnish writer and an MEP for the Finns Party who has been publicly demonized, tried, and convicted of “hate speech” for his opposition to mass immigration into Finland. For the full background on the persecution against him, see the Jussi Halla-aho archives.

The following essay about the Charlie Hebdo massacre was published yesterday on Jussi Halla-aho’s website. Many thanks to Heikki Polojärvi for the translation

2. BBC does its usual intellectual slight of hand and misdirection in this horrifyingly dishonest clip about French antisemitism. Notice the one thing they show is an old clip of a few white neo-Nazi antisemites who have not killed anyone while ignoring the many killed by muslims. The BBC, like the CBC should be dismantled and sold off.

2. This tweet claims that Hamas published the pictures of the Hebdo killers as: “The Heroes of France Invasion” 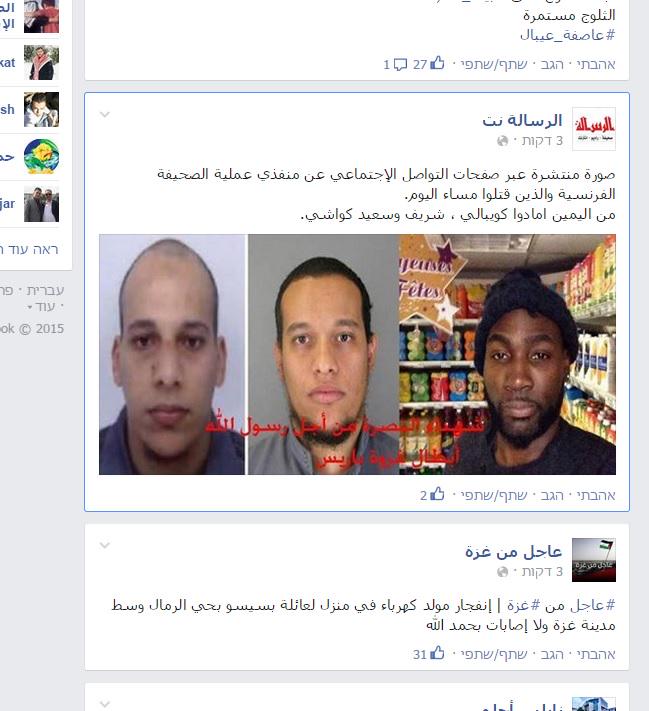 3. Here is a great piece of intellectual dishonesty by another cartoonist who seems to want to appease

On the very rare chance that someone doesn’t see the trick the author is using it works like this.

In 1933 or whenever for that matter, when people drew pictures of Jews in a spirit of antisemitism it had 2 distinctly different attributes than cartoons that mock Islam and mohamed etc. The distinction of lesser importance is that the ones mocking Jews are not mocking their ideology but the people as people. So that no matter what they believe, they are objects of derision and contempt. Whether they are practicing Jews or cultural or unaware of being Jewish but have a single Jewish grandparent. The greater distinction is that when these cartoons were common in German and French media, Jews did not attack publication houses with machine guns and yell, “Moses is avenged” but in fact it was the German and French non-Jews who turned on them, perhaps somewhat because of the cartoons and films and other propaganda. But in this case the only reason the cartoons are even being made is because of the reaction by the Muslims to these images, which is totally socially unacceptable.

The cartoonist who did this thing is about as honest as the BBC in link 1.

4. Uncensored front view of one of the police take downs today

At 0:30 the terrorist runs toward the special forces and goes down in a hail of bullets.
No hostage died during the raid , they were killed when the terrorist entered the building and took it over.

(Also turning terrorists into pencils is an excellent form of recycling)

5. Marine Le Pen gives up on rally for Hebdo rally. (Some blatant hypocrisy by Hollande)

Thank you M., ML., Oz-Rita, GoV., and many more. The BBC one is so awful I may have to edit it for honest and send it back out there.