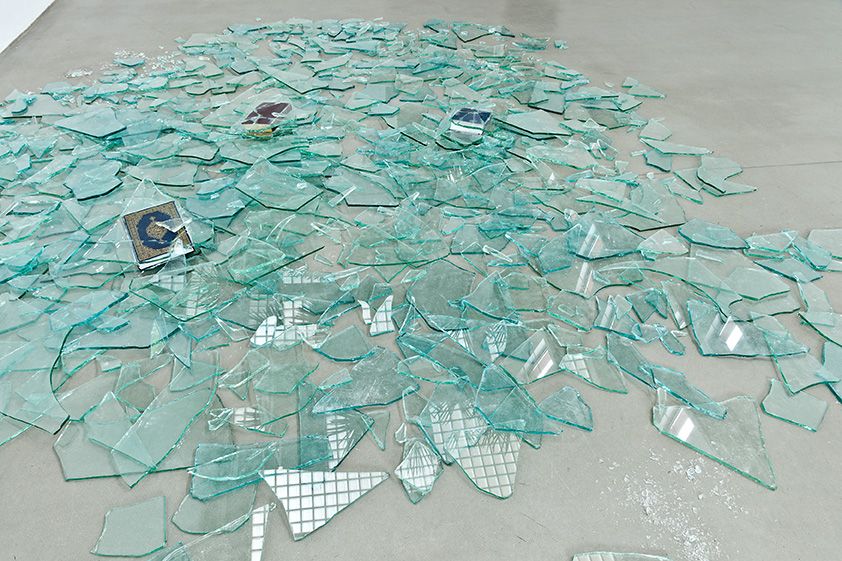 On Saturday afternoon, three men -presumably in the age between 25 and 35- entered the art gallery ‘Portikus’ in Frankfurt, Germany. Asking loudly for the meaning of the displayed work of conceptual artist John Latham.
The artwork, ‘God is great (#4)’, shows a Bible, a Talmud and a Quran lying between smashed glass. The reason for their excitement obviously was the Quran, as one of the men took it away before they left the scene.
The artwork is insured with 150,000 €. State Security has launched investigations.

In 2005, Tate Gallery in London cancelled plans to display ‘God is great (#2)’, another work by John Latham, since this piece of art also shows a Quran. After the Islamic bombings in London on July 7th, Tate Gallery only had one concern: They didn’t want to offend Muslims…