The article below is an original translation by Oz-Rita from an Islamic Website in France. 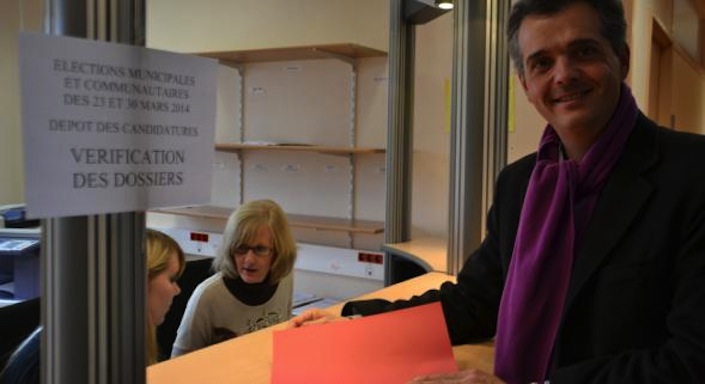 (Some of the comments are also interesting and have been translated for us.)

the candidate for the Socialist Party, Thibaud Viguier (photo) will offer free land to the muslim community if he is voted in as mayor of Beauvais.

The candidate to the town-hall is confident. He has just announced that he has already several priorities which he will implement during the first 500 days of his mandate if he is successful. Among his priorities is the offer of a free terrain to the muslim community so that they can construct a Grande Mosque
“a terrain in a good position and of an appropriate size for them, gratis” he announced.

The Socialist Mayor, Thibaud Viguier, knows that the muslim electorate is extremely disappointed with the two years that the socialists were in power. “Islamophobic” projects, repeated attacks by Manuel Valls (Interior Minister)* and also the introductions of “Gender Theory” into schools have cooled the mostly maghrebian (North African) community, who traditionally vote left.

On a local level, he games and alliances are different. The muslim community must get organised to be heard. The possibility to be offered a terrain for a grande mosque is a mouth-watering offer. But lets see what the UMP (conservatives) candidate offers?
Politics count and the candidates know from now on that the muslims will not offer their votes without return. Up to us to act as strategists.

(One reader responds saying that they already have such a terrain thanks to the Conservative Candidate – and that reader is answered by another reader:)
“In my town it’s the same – there is a candidate who promises the construction of a mosque, and there are even “brothers” on the electoral list, we wait an see if he holds his promise inha’allah.
And more than that, we already have a mosque, except we find it’s a little too “salaf” and we dont like it so much.

13 Replies to “Municipal elections in Beauvais: The Socialist Party candidate promises a free plot of land for a Grande Mosque.”