Now be impossible to make 1979 film Life of Brian – which satirised the life of Jesus – let alone laugh at Muslims. 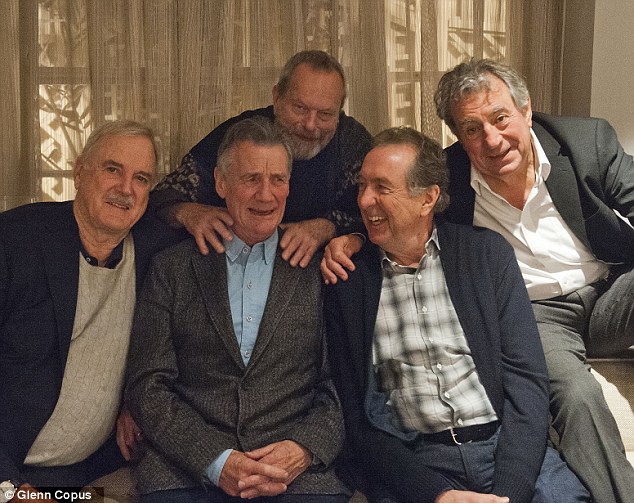 During his Monty Python days he poked fun at everyone from the Establishment to Christianity. But thanks to the threat of ‘heavily armed’ fanatics, Michael Palin has admitted there is one comedy taboo he is too scared to break-Islam

He said: ‘Religion is more difficult to talk about. I don’t think we could do Life of Brian any more. A parody of Islam would be even harder.

‘We all saw what happened to Salman Rushdie and none of us want to get into all that. It’s a pity but that’s the way it is. There are people out there without a sense of humour and they’re heavily armed.’

Mr. Palin’s observations are far far short of the mark. The problem is infinity larger than mocking religion. It means the end of the enlightenment itself. It means you cannot tell the truth or debate the merits or costs of a religious belief. Many who have been killed by muslims were just peripherally involved with people who made valid points about Islam like the Japanese translator for Salman Rushdie’s book, The Satanic Verses. His point in the book was also a valid one by the way.

We must not let the freedom to discuss and even mock irrational authority, religious or political, be dissipated as it is for Islam or leftist leaders like Obama or communists and murderers like Mandela or we lose everything of value in civilization and eventually civilization itself. For once the enemy sees that you are willing to submit and give up a central freedom out of fear, its the first step to losing them all.

39 Replies to “You can’t parody Islam, says Palin: Monty Python star believes religious sensitivities have increased so much it would be impossible to make Life of Brian today”