This will be a dynamic post added to as materials become available.

Anjem C’s gang of pirates have planned a march today to force the islamic code concerning alcohol on others in a certain area of London.

Article and videos on it below. Here is a link to the whole video of which I will post a segment so you don’t have to see all the LOTR style Arabic crap at the start. I have also edited out the justifications for their push for forcing sharia, for reasons good or bad.

Below is the legal notice Choudary’s pirates are handing out to local stores. Be advised abolitionists and/or Christian or other religious fundamentalists: The machinery the muslims are creating to enforce rules you may agree with will be used to remove your rights to your own freedoms and much sooner than you think. 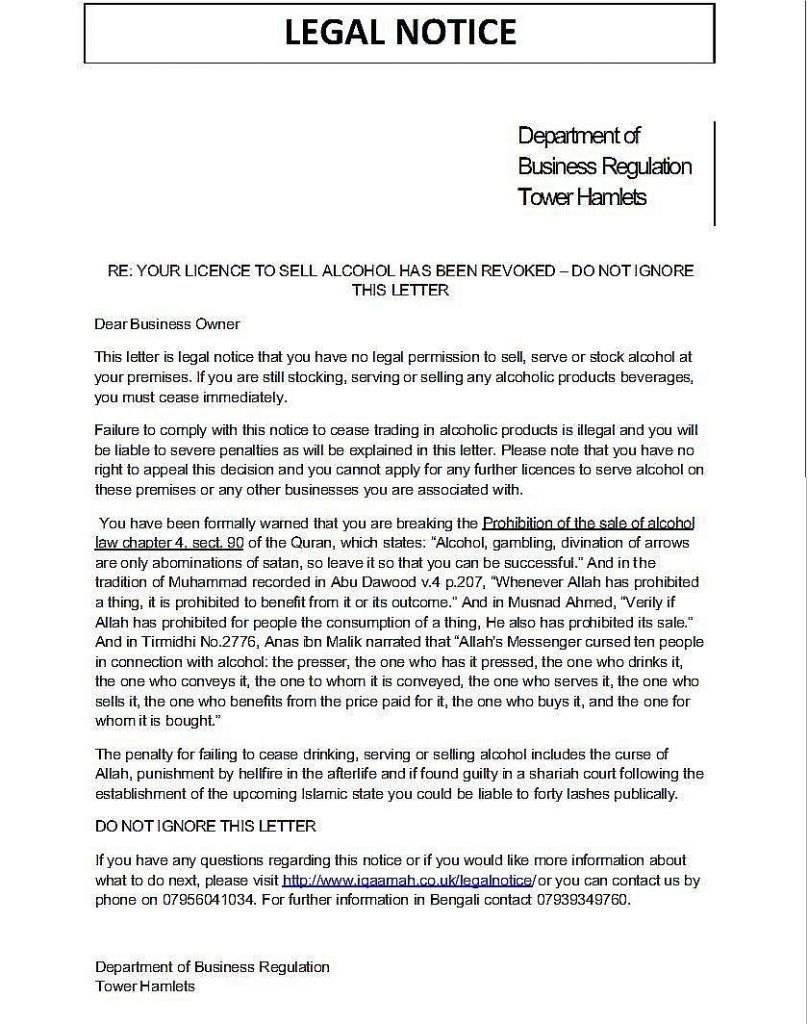 Another video of Choudary’s anti-freedom demo

Here is the EDL article on this issue.

The IBTimes article claims that Choudary’s protest was a flop.

This is because the IBTimes like nearly everyone else utterly misreads what it is Choudary and his fellow travelers are attempting to do. This was not about some large march to democratically show that sharia would replace common law. This was an announcement that muslims are about to begin to use force to make sure that sharia rules are enforced and those who do not obey it or operate in contradiction of it will be physically hurt.

This is about the replacement of democratic law, even in the barbaric and mob-rule sense that the IBTimes are imagining it is here. It is almost like the entire Western world has forgotten how to read. If you look at the notice they handed out, it is perfectly clear what they intend to do and the fact that there were no arrests beggars the imagination. It is pure intimidation and extortion.

9 Replies to “Today’s demo to enforce sharia law in parts of England.”