MONTREAL – A photo showing two daycare workers walking with children in their care in Montreal has gone viral in Quebec – all because of what the women were wearing.

The picture was allegedly snapped the afternoon of Friday, November 15, 2013 in the borough of Verdun.

After being posted on Facebook, it was shared thousands of times on social media, creating a storm of criticism. […]

(Above is the Global video with some of my observations built in. Frankly it still amazes me how nearly everyone in the media misses the point. The uniform is a declaration of an ideology that is fully unacceptable to the vast majority of Canadians if they were honest with themselves as to the nature of that ideology.) 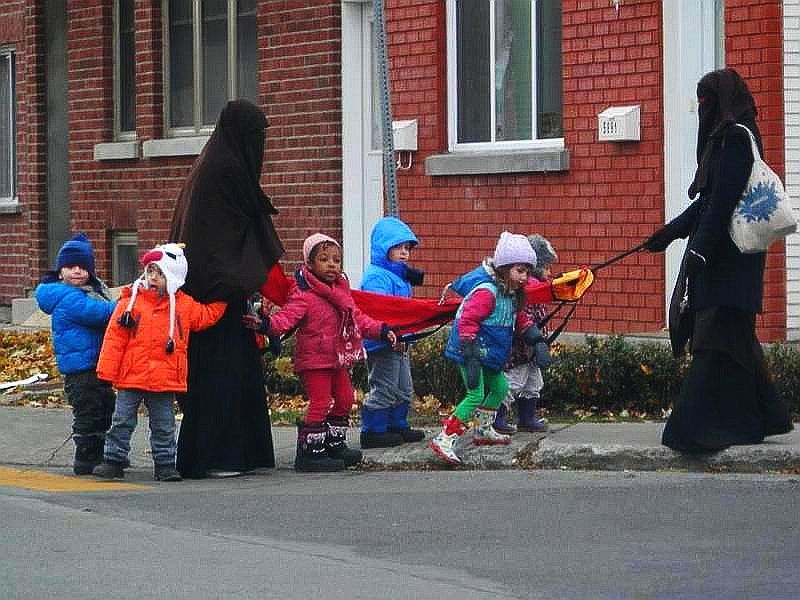